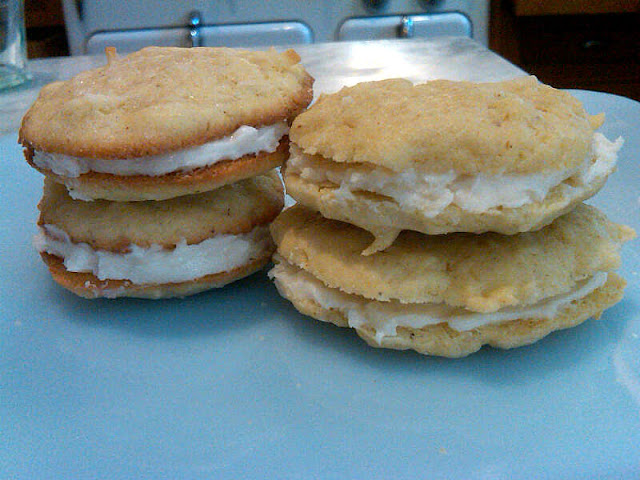 Like many, I've held a longtime fascination with the Titanic and when the book, Last Dinner on the Titanic was published in 1997, I attended the opening dinner -- where we were served the April 14, 1912, first class menu that was to be the last meal of many of the passengers.  (And one of my favorite afternoons ever was spent in Walter Lord's apartment on Manhattan's Upper East Side -- he wrote A Night to Remember, the best book about the Titanic -- where I interviewed him for a story and he signed a 1955 first edition of his book for me.)

And so, to commemorate the centennial of the ship's sinking, I baked a dessert on the second class dining saloon menu that last night, published in the Last Dinner book.  Coconut Sandwiches sounded great -- a creamy filling between two coconut cookies, like re-imagined homemade Oreo, using coconut instead of chocolate.

But like the ship, these sunk.  Not in flavor -- they are quite delicious -- but the process to make these was a bit frustrating.  (And the fact that my oven is barely working added to problem and explains why the cookies above look so different from one another.)

But before we get to baking, I'd like to encourage everyone to visit the South Street Seaport Museum's new exhibit about the Titanic.  The luggage tag, below, was printed at the Museum's Bowne & Co., Stationers, a letterpress shop where everything is done the old-fashioned way.  Bowne is also open -- do visit, watch printing at its best and buy some lovely gifts there to support the Museum.

So if you feel like throwing caution to the wind, and paying sweet tribute to the great ocean liner, you can make these unusual and wonderful (at the end) cookies. 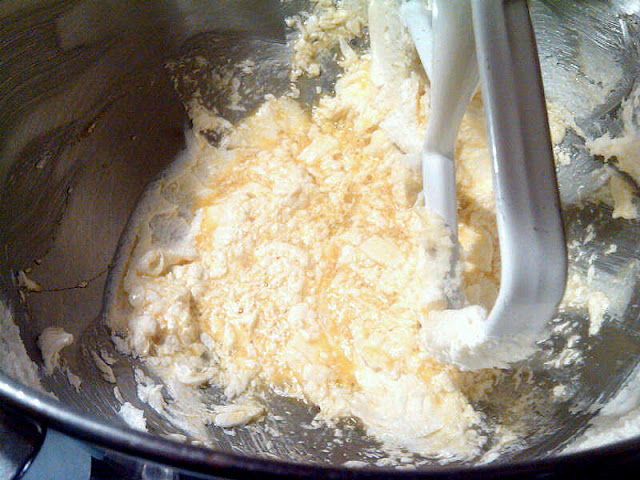 Don't worry if the mixture looks like it's breaking (above).  Just keep combining and it will come together beautifully (below). 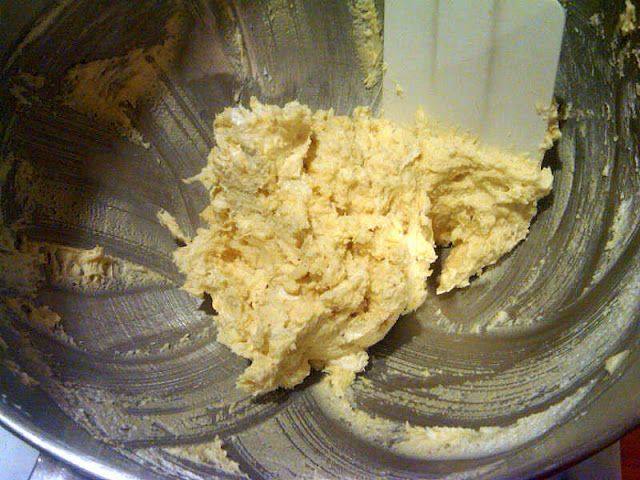 The dough is nearly impossible to roll out, as called for in the recipe.  You can just roll the chilled dough into balls and press them down with the heel of your hand.  And do make more filling than the recipe says, or you won't have enough. 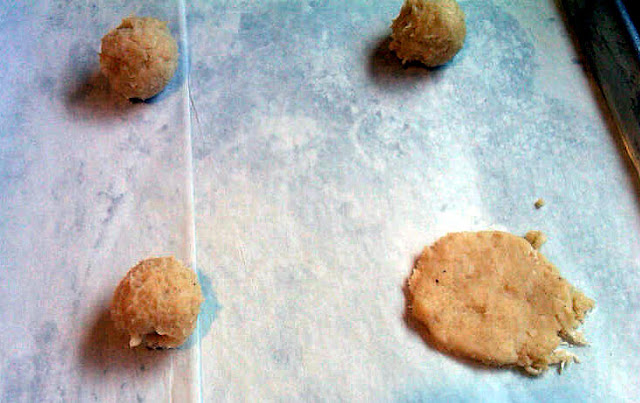 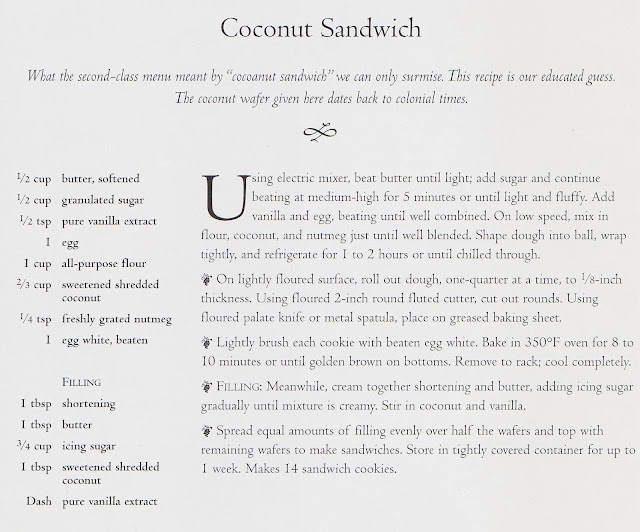