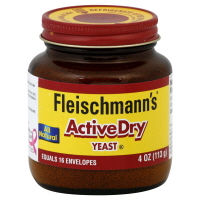 Denis Hamill had a wonderful column in today's New York Daily News about Margaret Deming, a mother of six arrested for shoplifting three pounds of cold cuts and a jar of yeast so she could bake bread to feed her hungry children.

That the desperate mother stole yeast, and not a loaf of bread, made the story more powerful to me (and to newspaper editors, too, judging by how they featured this fact so prominently).  It's like she took the tool (or, in this case, the ingredient) she needed to survive. A loaf of bread would have been devoured in a day, but the yeast could be used to make many loaves. A twist on the saying: "Give a man a fish, you'll feed him for a day; teach a man to fish you'll feed him for a lifetime."  In this case, Deming knew how to fish, she just didn't have any bait.

The heartbreaking story has a happy ending: After Hamill wrote about her plight in February, a noted criminal defense attorney took her case pro bono and Daily News readers donated food and money.  In the end, her punishment was one day of community service.  More importantly, she was connected to the social services she needs to get back on her feet.  (Deming, like many poor New Yorkers, was living on the edge.  When both she and her husband lost their jobs and their apartment, she had few options and, not having a permanent address, was unable to get food stamps.)

Sometimes, it's the level of detail that makes the bread rise, and a story jump off the page.
Posted by Susan at 9:25 PM