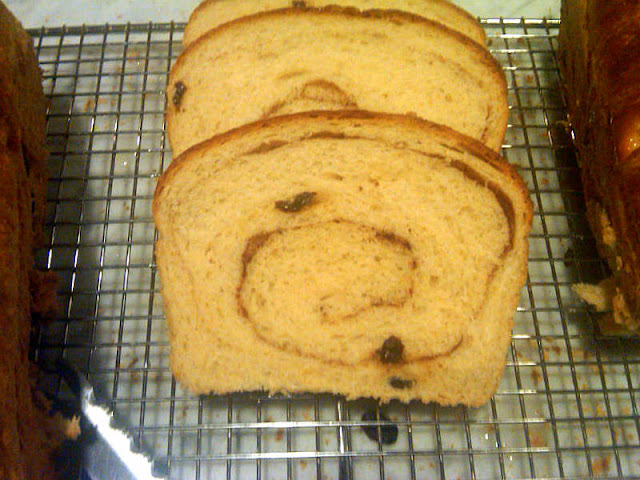 To chase the odor, I made cinnamon raisin bread.  Plus, I had promised some to DH who has given up cakes, candy and cookies for Lent, but not ice cream, hence creating what I refer to as the Lent loophole. Apparently dessert-type bread also falls into that category. 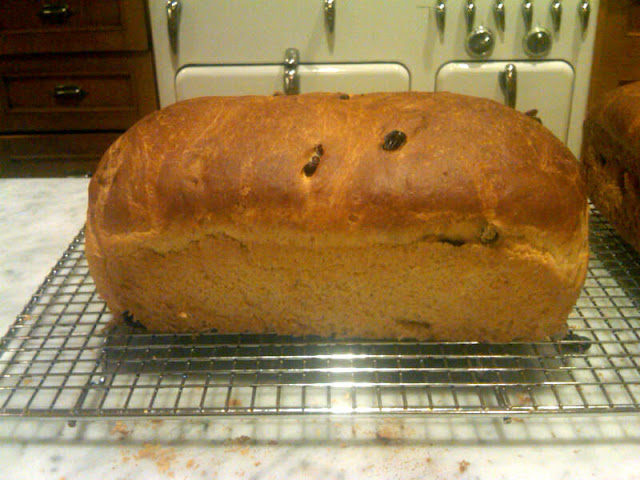 I found a recipe written on a scrap of paper labeled simply "bread."  It looked promising, as it called for an egg and sorghum or honey, making it richer and sweeter than a traditional white loaf -- a perfect base for cinnamon and raisins.

Baking bread is pretty easy and the sense of accomplishment is far greater than the effort. It does take time to rise, but your attention is not required while it does, and punching down the inflated dough can be quite satisfying.  It's perfect to make on a rainy day (yeast performs especially well in low pressure) and you almost can't screw it up -- bread is very forgiving.

Below is an illustrated guide. I've also added my adaptation of the recipe, at the end.

Proof the yeast: Let it sit in warm water for a few minutes until it comes alive, i.e., begins to bubble. The water temperature should be warm, not hot. 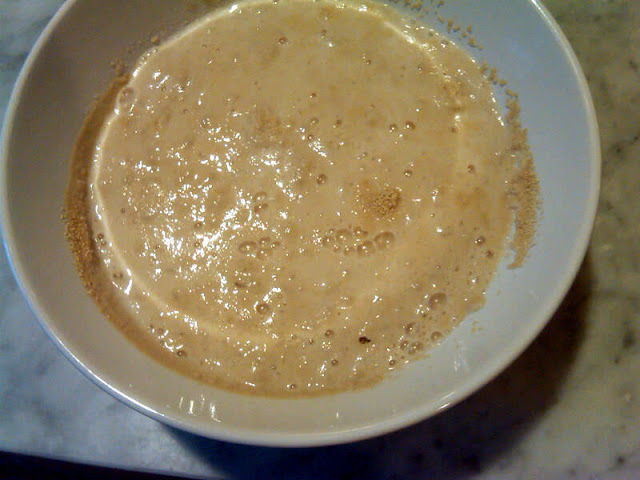 Mix the scalded, cooled milk, the melted butter, honey and egg in a large bowl (to which you will later add the yeast and flour. 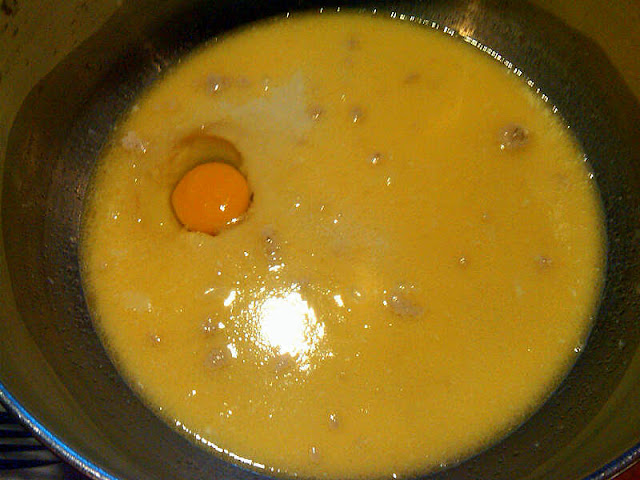 Add the flour to the bowl until the dough comes together.  You can also incorporate additional flour during the kneading phase if your dough seems to sticky, as mine did. 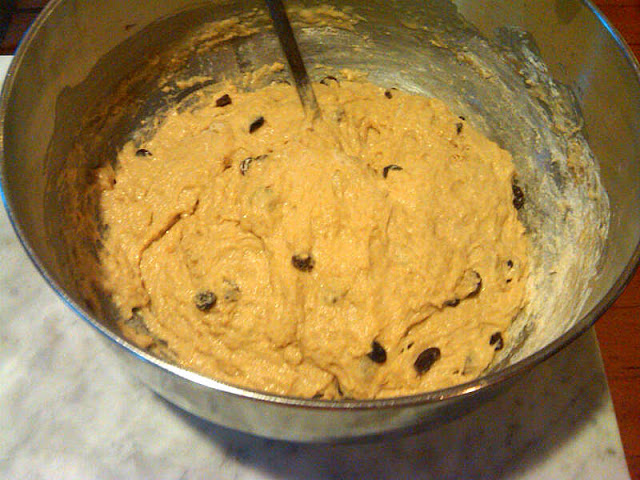 Knead the dough until it's smooth and elastic.  Next, roll it to form a large rectangle, as wide as your bread pan.  Brush with melted butter. 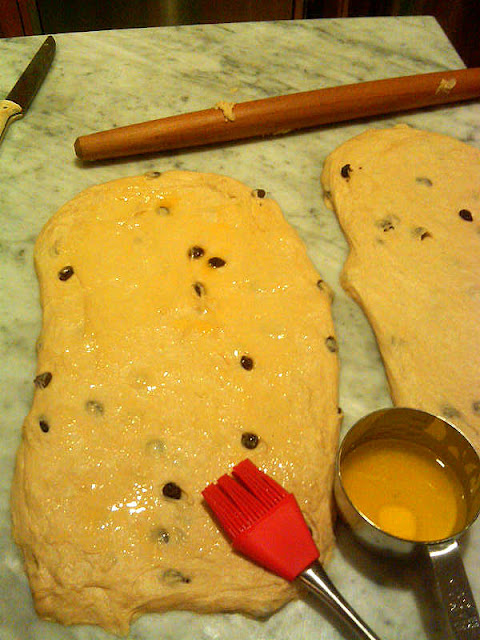 Sprinkle with cinnamon to taste.  Err on the side of too much -- the only criticism my bread received was that it needed more cinnamon.  You can also sprinkle some sugar on too. 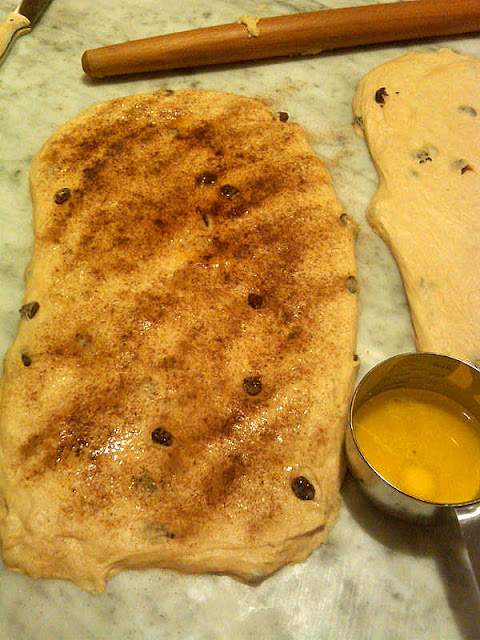 Roll the dough into a log.  It's pretty easy to work with.  Place in bread pans and tuck the ends under. 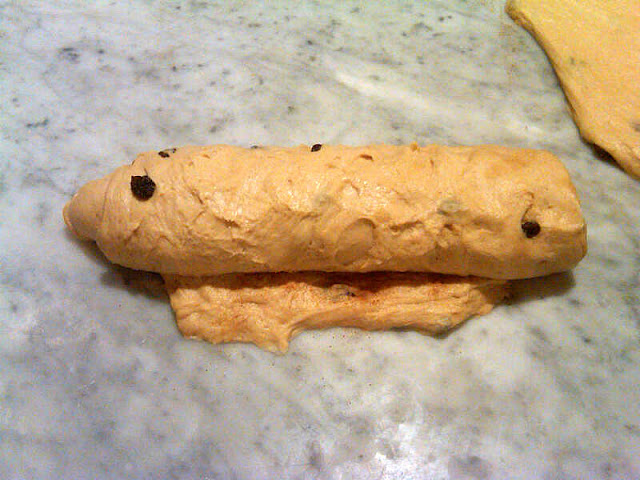 Cover the loaves with a cloth and let them rise until the dough fills the pan. 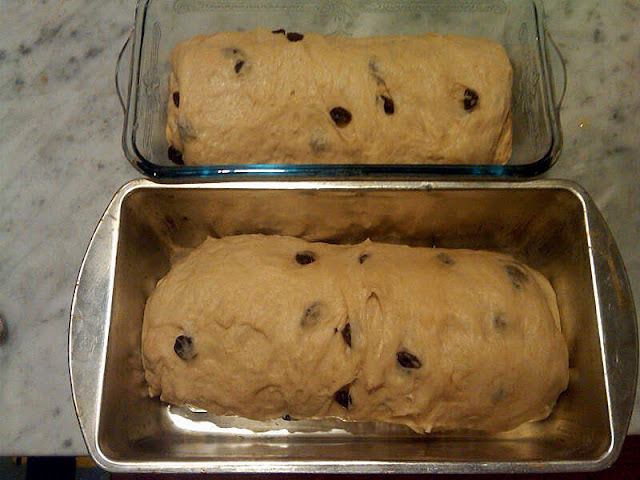 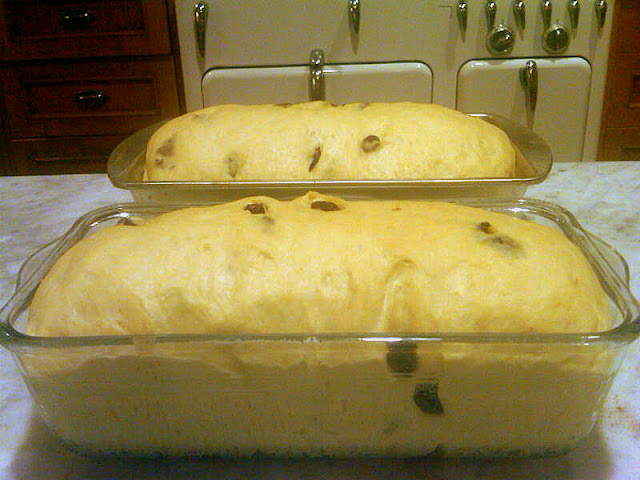 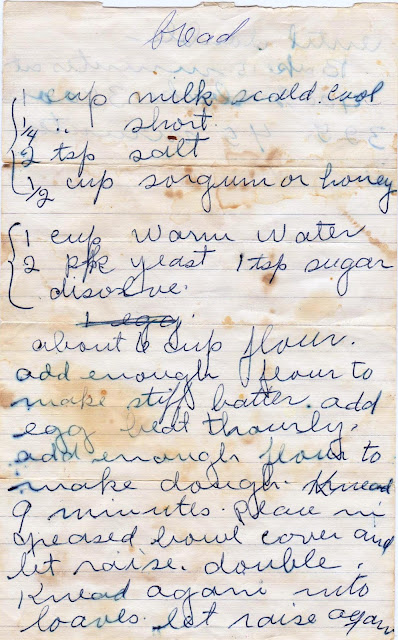 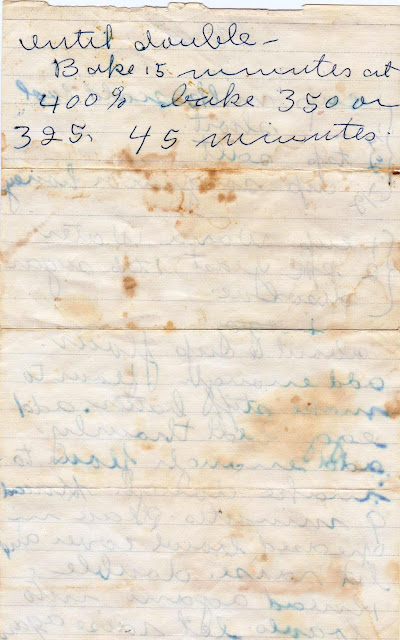 Mix first five ingredients in one bowl.  Mix next three in a separate bowl and wait for yeast to bubble a bit.  Combine ingredients from both bowls into one large bowl.  Add enough flour to make dough.  Knead nine minutes.  Place in greased bowl, cover and let rise until doubled.  Knead again.