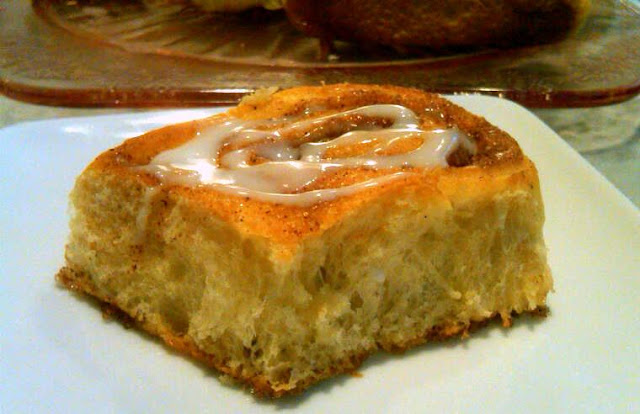 A while back, I made Twenty Second Cinnamon Rolls, but when I found a 1953 pamphlet from the educational service at J. Walter Thompson Company, entitled Have Fun -- Make Rolls, I just had to try the four-hour version.  The difference?  The 20-second rolls are an afternoon quickie -- fast and sweet.  These rolls are a romantic love affair -- sensuous and sophisticated.  I would venture to say that these are the real deal, the cinnamon rolls of your dreams. 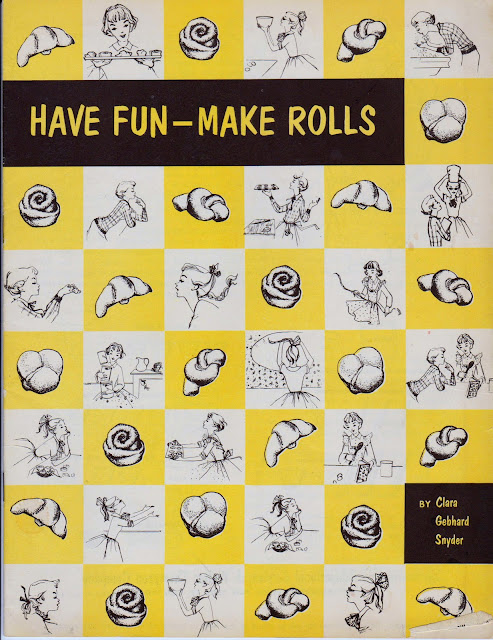 This charming 16-page brochure for children (really, only girls, for this is the 1950s) goes into great detail, complete with photographs and illustrations, walking one through the process of making clover leaf rolls, butterhorns, sailor's knots and cinnamon rolls.  Of course, I picked the rolls with the extra sugar and butter. 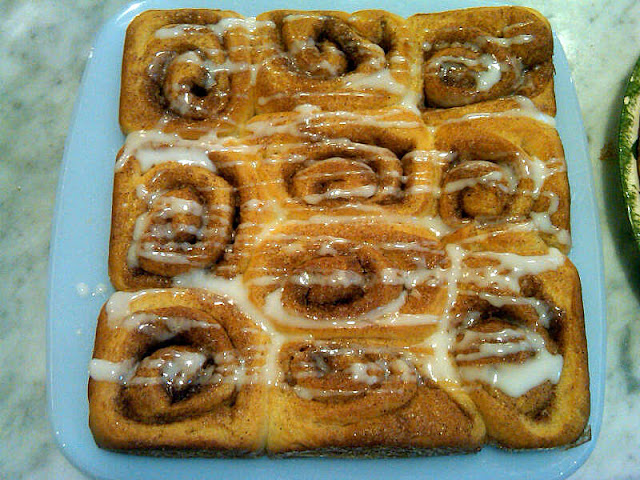 These were much better than the 20-second version and worth every minute.  The yeast dough is light and complex in taste (not to mention preparation).  Recipe below, followed by almost step-by-step photographs.

Heat milk gently in saucepan; scald but don't let it boil.  Measure sugar, salt and butter into large bowl.  Pour hot milk into bowl. Stir to melt mixture.
While the above mixture cools, pour yeast into the water.
When the milk mixture has cooled to lukewarm, add one cup flour.  Stir until batter is smooth.
Pour the yeast mixture into the batter and stir well.  Add egg and mix until all combined.
Add remaining flour and stir well.
Turn mixture out on a clean counter and knead for about five to 10 minutes, until elastic.
Return to the bowl (which you've washed and and greased).  Coat the dough with the oil, cover and let rise until doubled, about 1.5 hours.   When it has risen, punch the dough.

Preheat the oven to 350 degrees.
Turn dough out on your board or counter, cover and let rest for 10 minutes.
Mix 1/2 cup of white or brown sugar with 1 1/2 teaspoons of cinnamon. (Take out two tablespoons of this mixture and reserve.)  Melt two tablespoons of butter.

Uncover dough and flatten.  Using a rolling pin, roll it into a long, narrow strip about seven or eight inches wide so it resembles a long, narrow scarf.    Brush melted butter on the dough and sprinkle the sugar-cinnamon mixture on top.
Roll up, lengthwise.  Press the seam by pinching it.
Cut into one-inch slices and place in either a muffin tin, or two eight or nine-inch round or square pans.  Leave space between each roll, as they will expand.  Sprinkle the reserved sugar-cinnamon mixture on top.  Cover with a towel and let rise for one hour, until doubled in bulk.  Bake about 25 minutes.

When cool, you can frost with confectioner's sugar mixed with a bit of water or milk.  Enjoy! 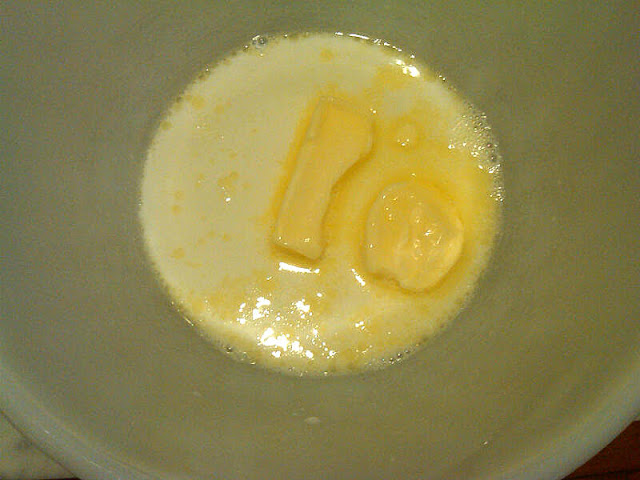 Scald the milk, then pour over the butter and sugar. 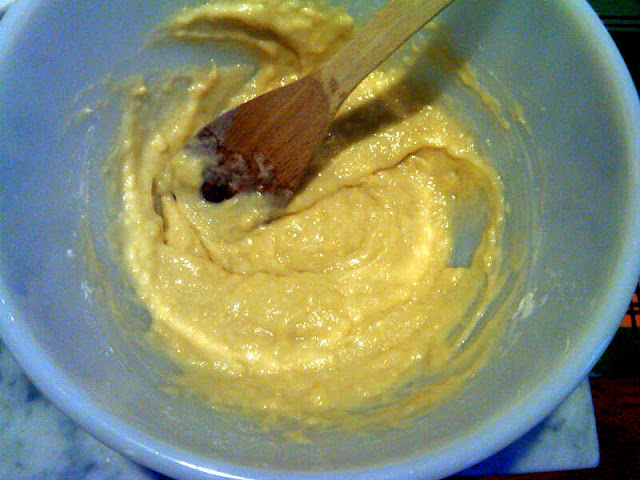 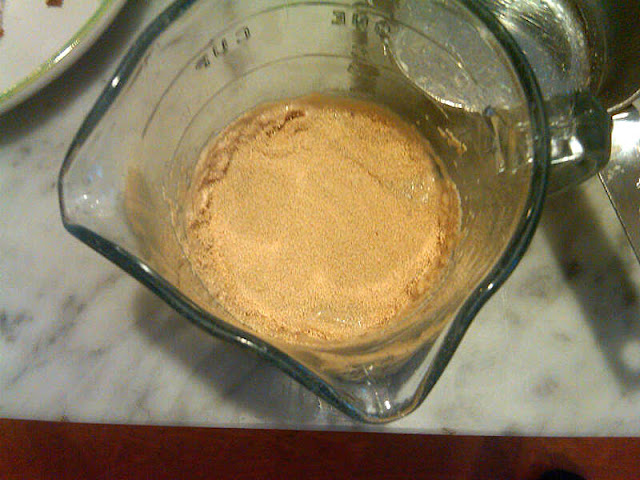 Mix the yeast with warm water. 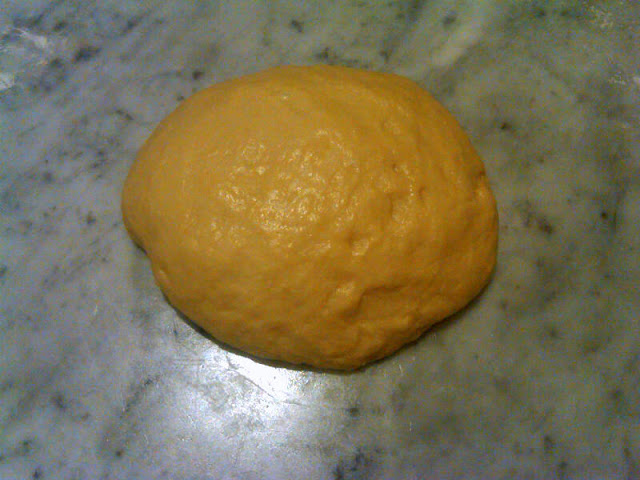 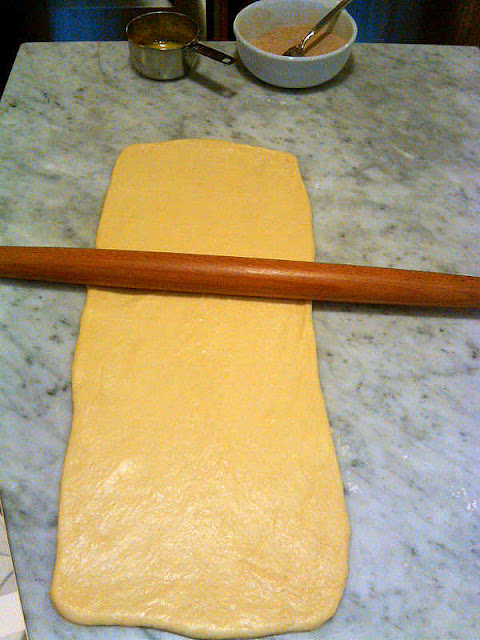 Roll it out until it resembles a long, narrow scarf.  Pull at the sides to make "corners." 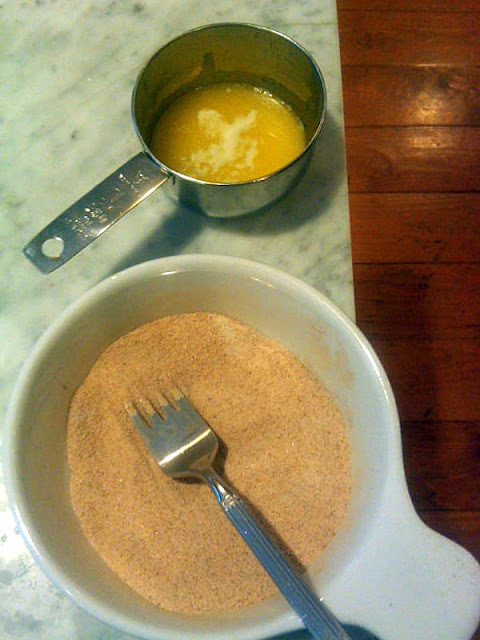 Melted butter and sugar-cinnamon at the ready. 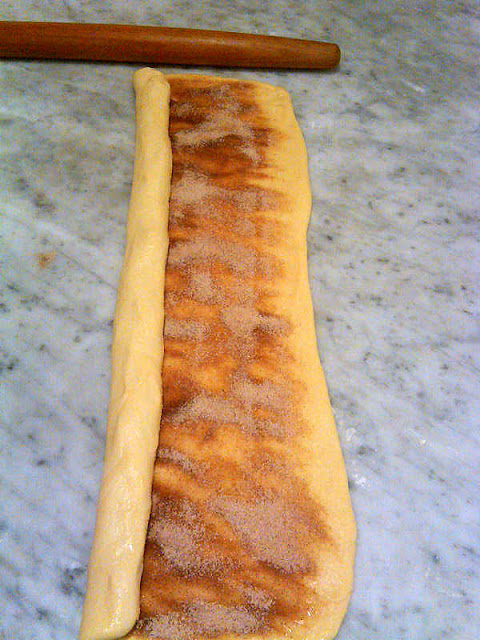 This is how it rolls. 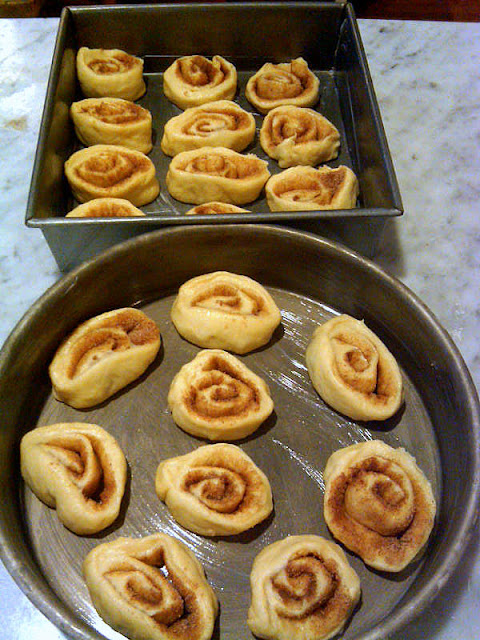 Leave plenty of space between the rolls; you can see below how the dough expands. 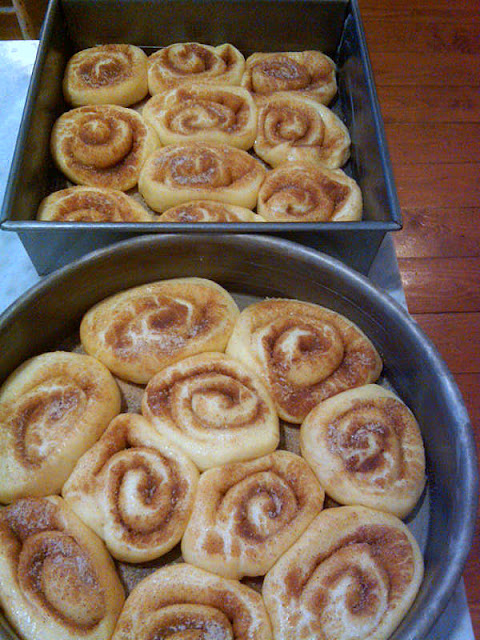 If you use muffin tins, you'll get round rolls, instead of these post-modern looking beauties, below. 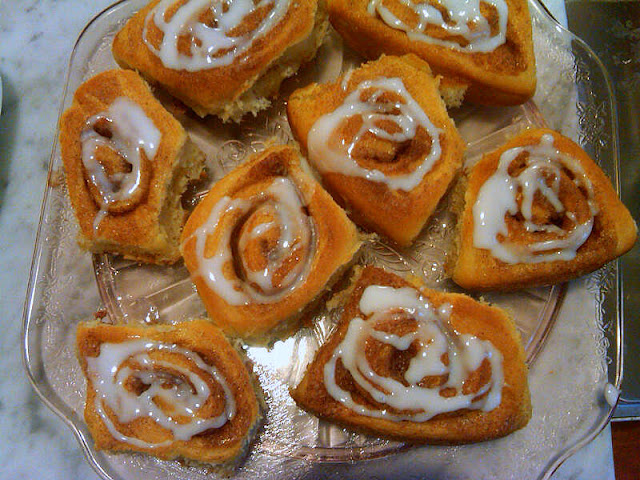 Girls from the brochure with their rolls.  And Barbie-doll sized waists.
Posted by Susan at 8:36 AM