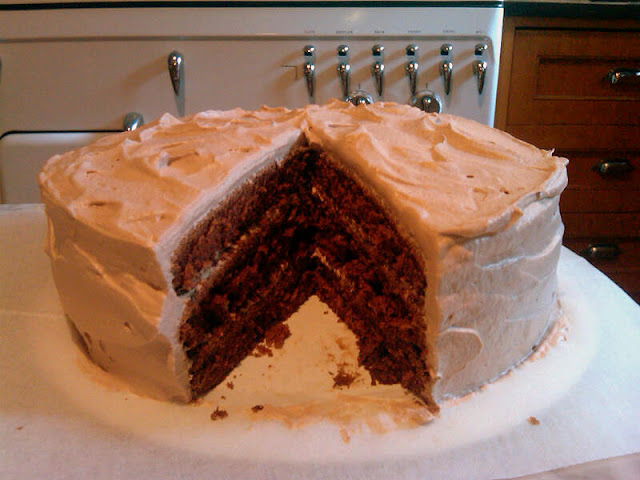 On the rare Saturday night when I'm in the kitchen baking (as opposed to sipping martinis at an A-list celebrity studded penthouse party in Manhattan -- just kidding), I always tune the radio to Danny Stiles, the "Vicar of Vintage," and listen to the dreamy, romantic and scratchy records he plays of music from the 1920s to the 1950s.  (Think Steve Buscemi's Seymour in the film Ghost World, and you'll get the idea.)

So you can imagine my delight when in a newly arrived recipe box, I discovered this mahogany cake recipe typed in a real letter (remember those?) from old-time radio host Jack Berch, who chatted, whistled and sang for audiences from 1935 to 1954. "Keep a listenin' while I'm a whistlin" was his motto. The show was sponsored by Prudential Insurance and I'm not sure if it was aired nationwide or only in California. 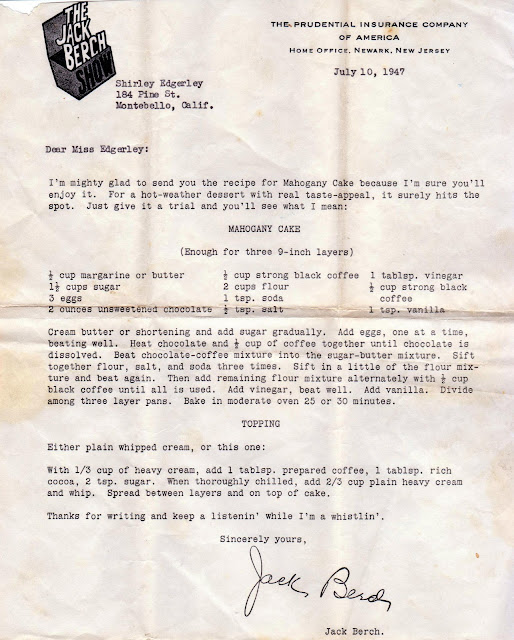 I have all manner of mahogany cake recipes in my collection -- and I'm still not sure what distinguishes it from a chocolate one.  Most, but not all, have coffee as an ingredient, and some include a small amount of vinegar (which I hope has some purpose other than to make the batter a lighter shade of brown). 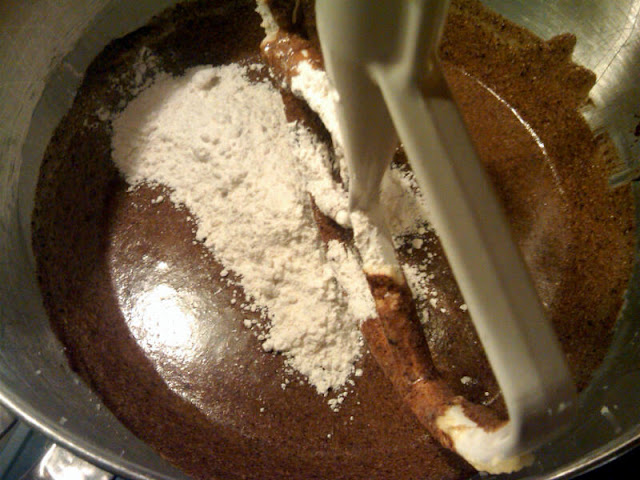 This is an easy batter to put together and can be baked in two pans, as opposed to three which is what the recipe specified.  Please grease and flour the pans, crucial step omitted in the instructions. 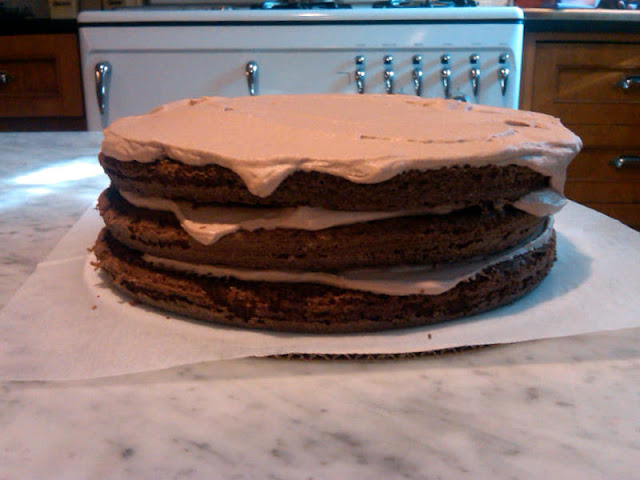 The cake was quite good but to me the real star was the frosting  -- a whipped cream confection flavored with cocoa and coffee.  Perhaps tastes have changed since 1947, but I found I needed to DOUBLE! the frosting recipe to have enough for three layers.  (And perhaps therein lies the root of our current obesity crisis.) 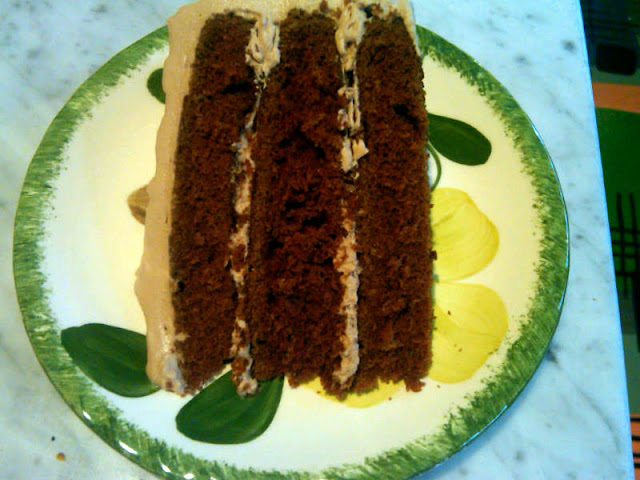 I made this cake for DS who lobbied for a chocolate cake (when I wanted to make a white one).  At the end, he didn't care for this cake calling it simply "round," and he described the frosting "whipped cream nastiness."  So in this case, the apple did fall far from the tree.

Old-time radio still has its fans. Below is a Jack Berch album on eBay at the moment.  And while I do enjoy listening to Danny Stiles, it's Saturday night and I'm headed out with the DH.  Happy baking to all. 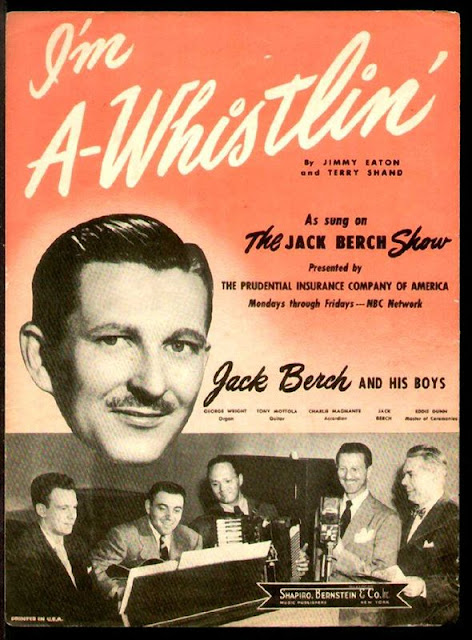