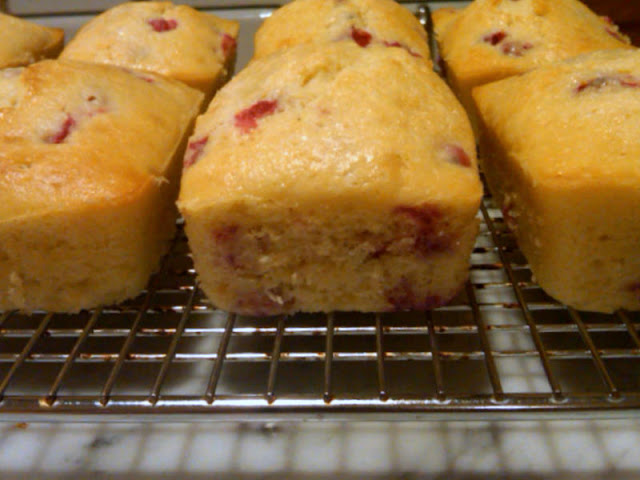 Impulse buying is among my favorite hobbies, which is how I ended up with a pint of fresh red currants from the farmer's market.  Who could resist these glistening ruby-like berries? 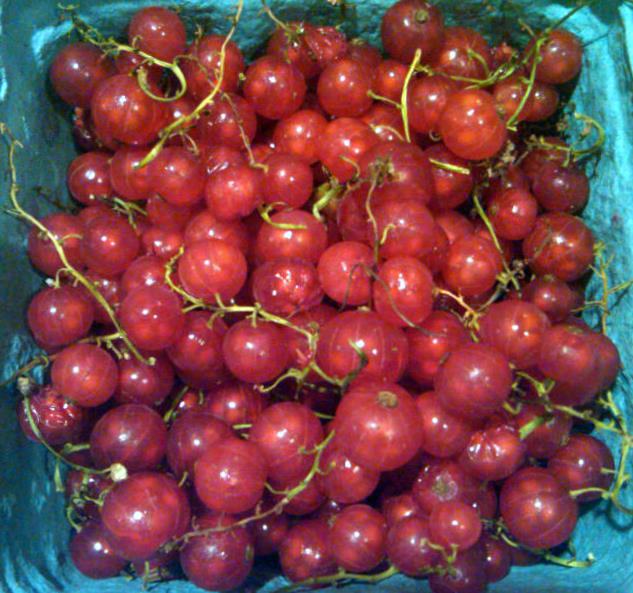 I nearly succumbed to a modern recipe for a financier-like cake which would have been appropriate because yesterday was Bastille Day, but I found a c.1904 blueberry tea cake recipe that I thought might work.  And it did, beautifully. Both the folks at DH's workplace and mine quite enjoyed these tea cakes, although one wag suggested that a glaze would "enhance the experience."  (Of course, he works with DH, and not at the illustrious Henry Street Settlement with me.) 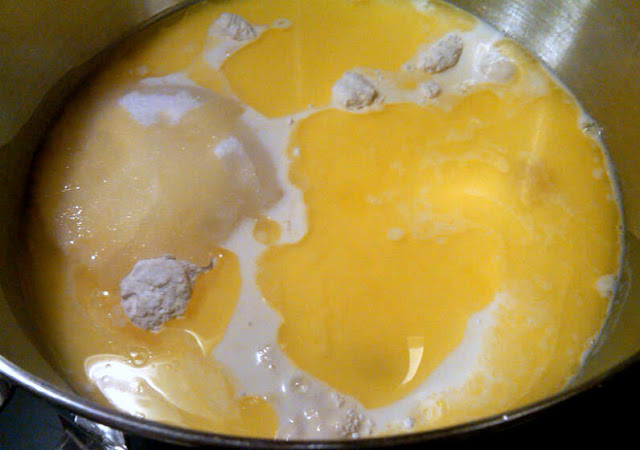 Except for the truly tedious task of removing the stems from  the currants,  this may be the easiest recipe I've made this year.  No need to add ingredients in stages, mixing this with that, beating eggs separately, etc. -- all the ingredients (except the currants) are simply poured into a bowl and mixed together. 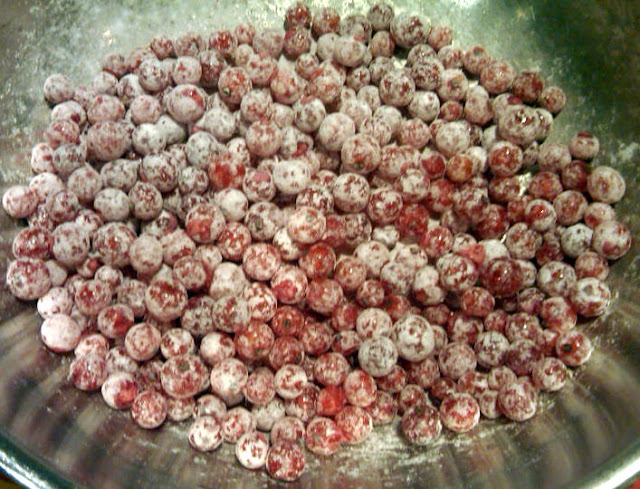 The currants should be "floured" before adding to prevent them from sinking to the bottom of the cake.  Just put them in a bowl with some flour and shake them around to coat.  Then carefully fold them into the batter. 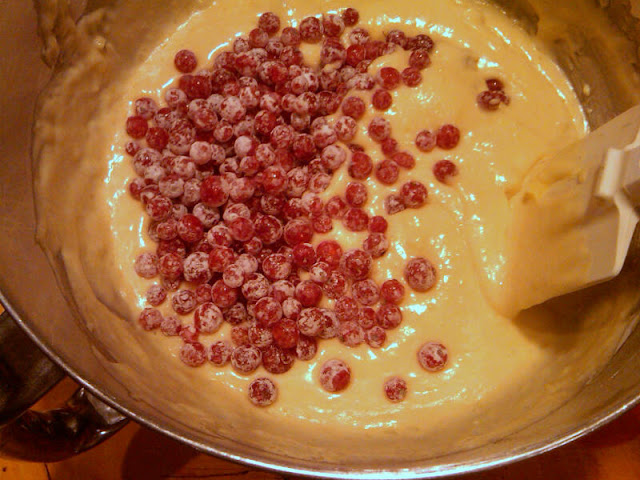 Like many old recipes, this one didn't specify the size or number of pans to be used.  I guess everyone simply knew what should be used to make tea cake.  Luckily, at the last minute (when the batter was already prepared) I remembered a vintage mini-loaf pan I bought a while back at a flea market in Pennsylvania.  I quickly greased and floured it and spooned the batter in.  Miraculously, I had the perfect amount of batter to fill all 12 molds. 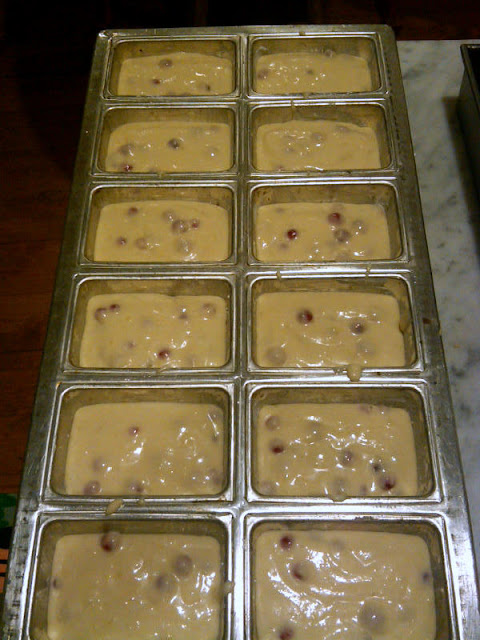 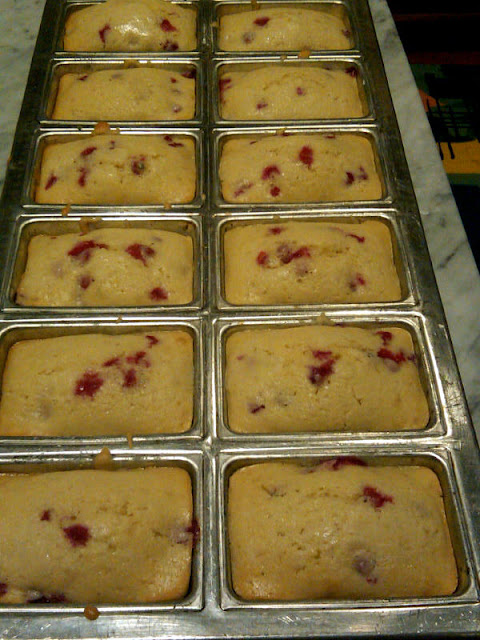 A few production notes:
If you don't have one of these molds, don't worry.  A loaf pan would be fine, as would a round cake pan or two.  And you don't even need currants to make this -- blueberries are called for in the original recipe. I added about 1/3 cup extra sugar above what the recipe called for and sprinkled some on top of the cakes before baking because I thought the four-cups-of-flour to one-cup-o- sugar ratio would yield a cake that wasn't sweet enough.  Plus, currants are much more tart than blueberries.
And finally, watch the butter closely while melting it.  If you're fortunate enough to have a pilot light on your stove (like I do, below), simply set the butter in a small saucepan or measuring cup atop that for a few minutes. 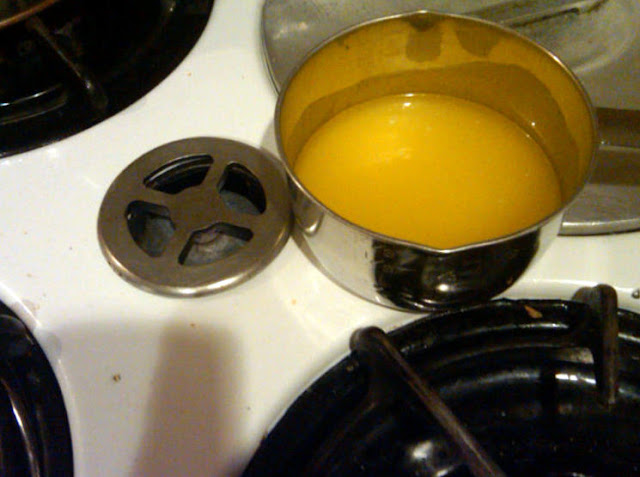 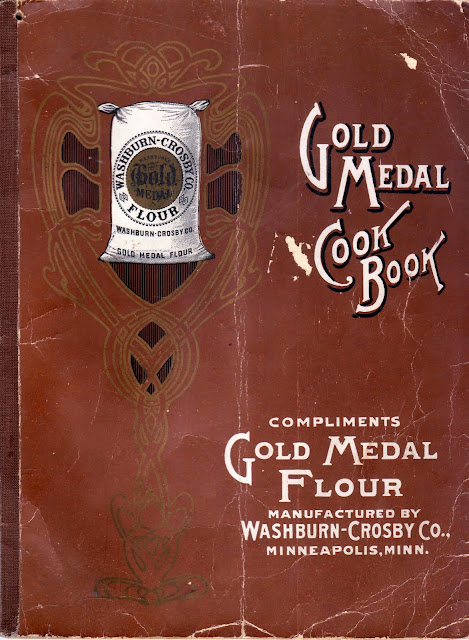