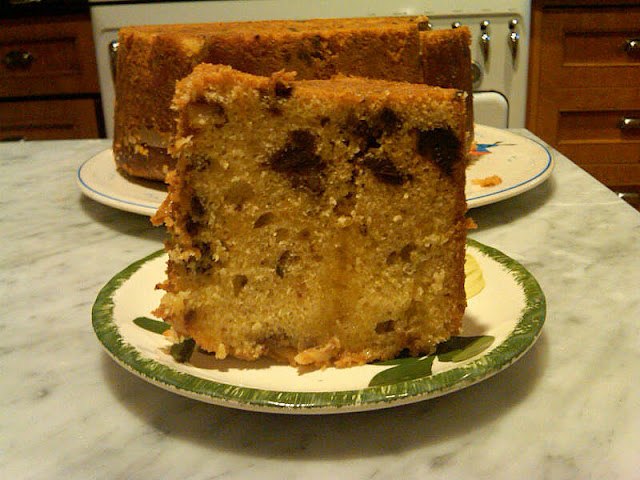 At the beginning of the 20th century, and right through the 1950s, date cakes were commonplace.  They were served at church dinners and picnics, at afternoon tea and Sunday supper.  Nearly all of my recipe boxes and cookbooks feature at least one, and often several, date cake recipes. 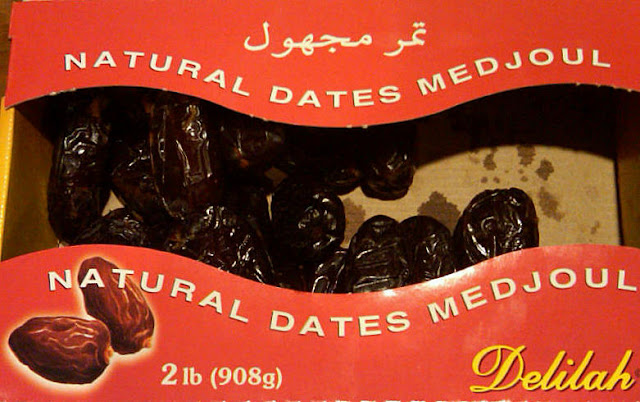 I don't know why date cakes fell out of favor; dates add moisture and a unique complex sweetness to baked goods.  (Plus, they are a truly sensuous fruit, unlike raisins which I associate with disappointing childhood snacks and dried up pellets whose only use was to turn their cardboard box containers into rattles.)  I bought the box of dates (above) and they were so addicting that I had to put them in a cake before I ate every last one.


This takes a *bit* of work to put together, but your efforts will be rewarded with a stunning, scrumptious cake.  The steps are many:  grate the orange peel, chop the nuts and dates and flour them, separate the eggs and whip the whites, alternate adding the dry ingredients with the buttermilk -- you get the picture.  The dates I used were so moist that even after being chopped and floured  they clung together in clumps, as if they were on teenagers on a date.


This recipe calls for a topping to be spooned over the cake while it's still in the pan.  Don't cook the ingredients (as I did until I realized my mistake).  Just mix them together and spoon atop the warm cake while it's still in the pan. I was worried that the sugar in the topping would cement the cake to the pan, but it released beautifully.  It was a sweet, comforting, real taste of the past. 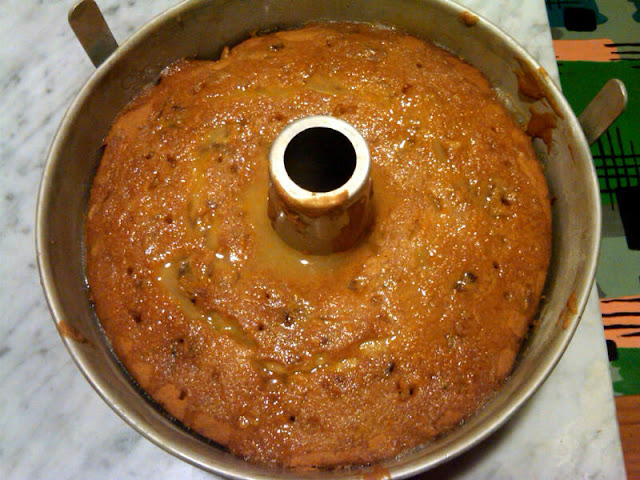 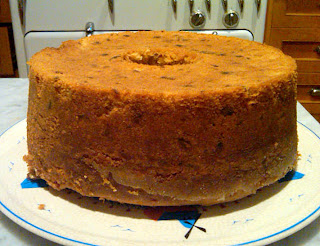 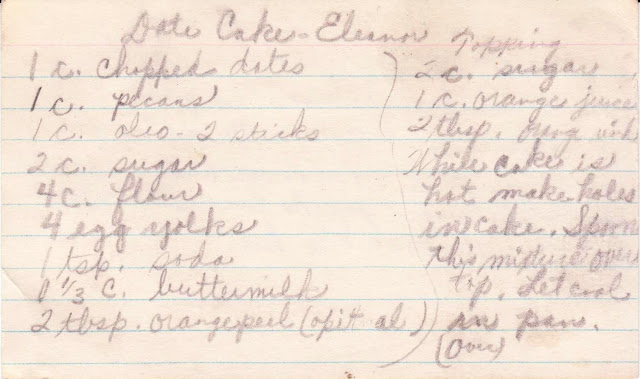 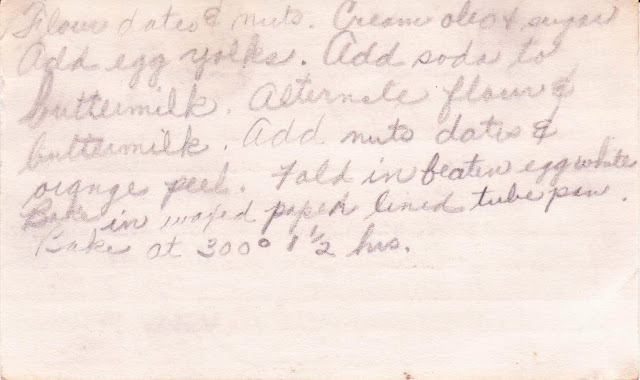