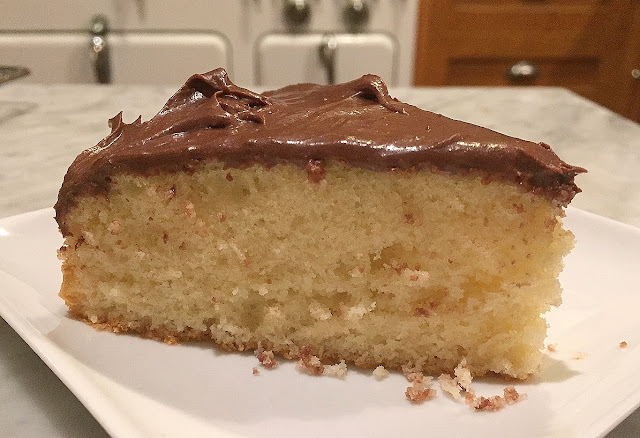 My obsession with simple everyday cakes is more than a recipe quest. Instead it's a search for an idealized 20th century America, one I know is more rooted in fantasy than reality. I'm not the only one trying to recapture a false nostalgia of pies cooling on the window sill, a cake quickly made for a Sunday supper. Just listen to the yearning in Nellie McKay's wonderful I Want to Get Married.   And I would venture to say that Trump's Make America Great slogan is intended to evoke a version of this same thing -- the heteronormal nuclear family enjoying the middle-class privilege of post WW II America. But much of it was an illusion. The reality is/was probably more like Patty Griffin's Making Pies, a mournful song about factory work (albeit at Table Top Pies) following the wartime death of a boyfriend.. Or the domestic violence and alcoholism in the film The Prize Winner of Defiance Ohio. Or the truth about women's work in this New York Times opinion piece.

Politics and nostalgia aside, no one can argue with a good cake recipe. And this one egg cake ticks all the boxes. Quick, easy, delicious. And I found a vintage chocolate frosting -- equally easy -- that pairs beautifully with this cake.

There were no instructions on the vintage recipe card, which probably dates from the early 1940s. One egg cakes were quite popular then, given wartime shortages.

Here's the method I used. Beat the butter, add the sugar and egg. 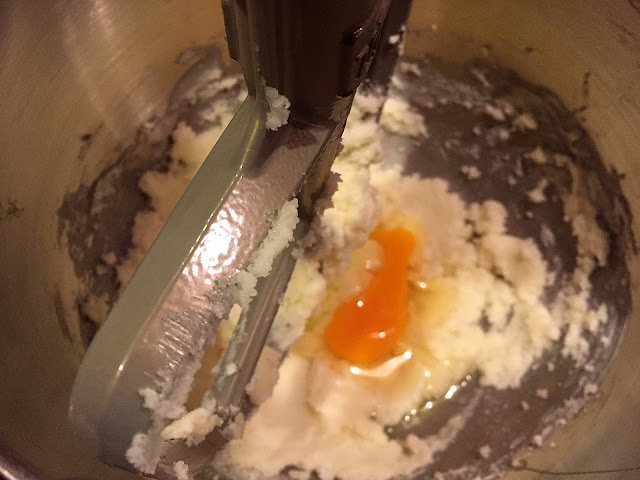 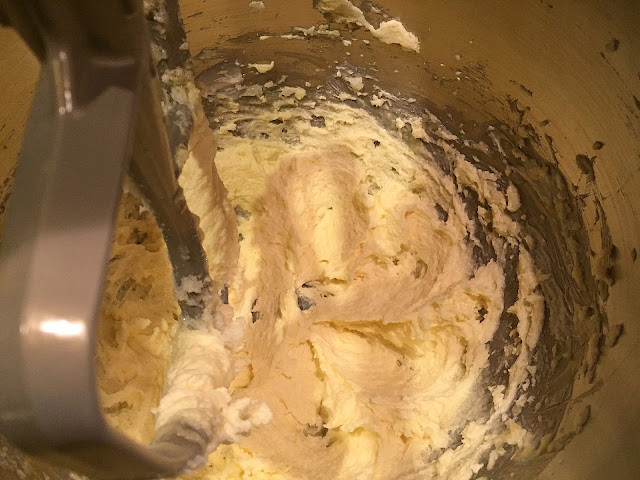 The batter is very thick, so spread it to the edges of the pan using an offset spatula, a butter knife or the back of a spoon. 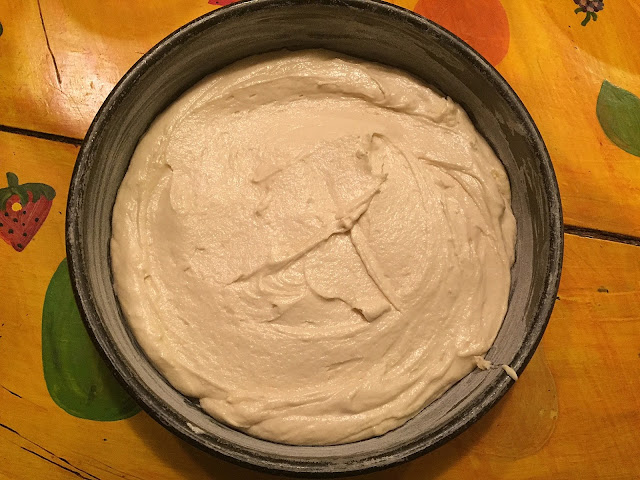 Bake until it is very light brown. This cake bakes quickly and is very dry if overbaked. (I did that the first time.) 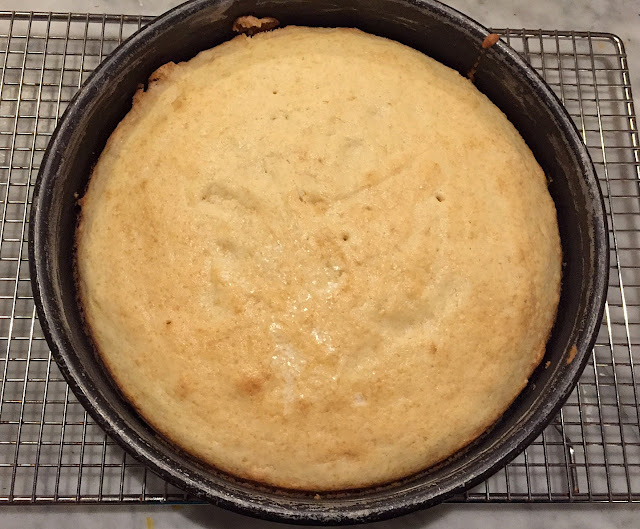 Remove the cake from the pan after about ten minutes, turning it out onto a rack. 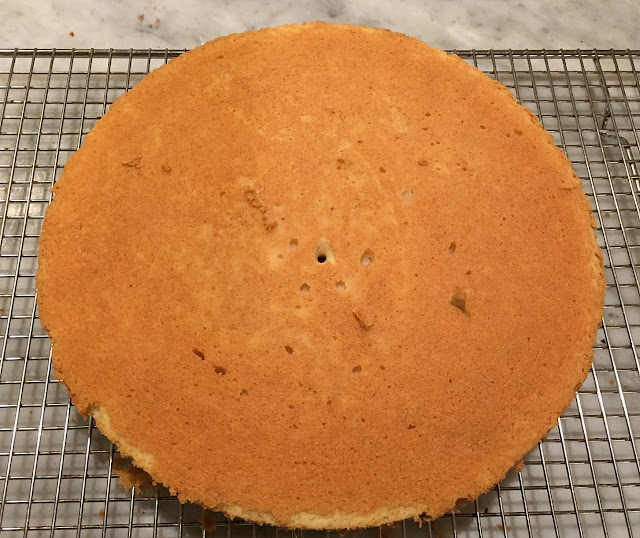 This creamy fudge frosting is as easy as the cake, and just as delicious.  Combine sugar, milk, cocoa and butter in a sauce pan and bring to a boil. Remove from the heat, add some vanilla and mix with a beater until it thickens and reaches frosting consistency. Make sure the cake is completely cool before frosting. 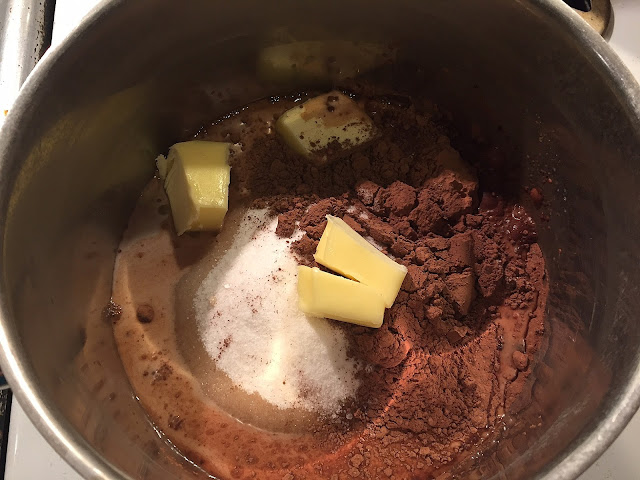 I put the boiled frosting into a bowl before beating it. It got a bit too stiff while I was waiting to use it, but I just added a bit of cream and beat it again. 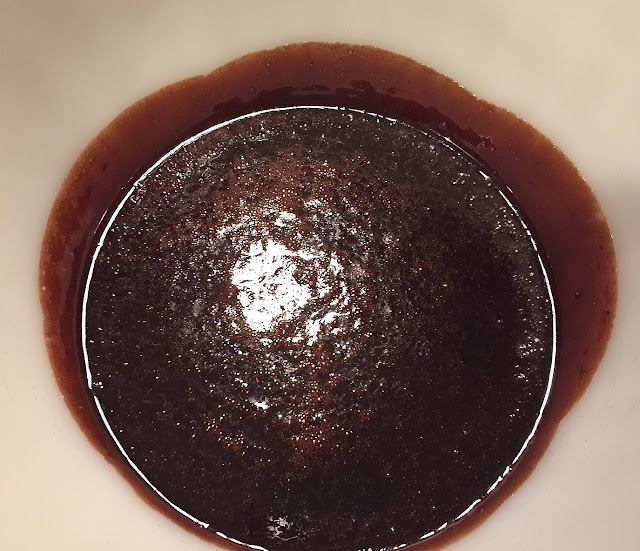 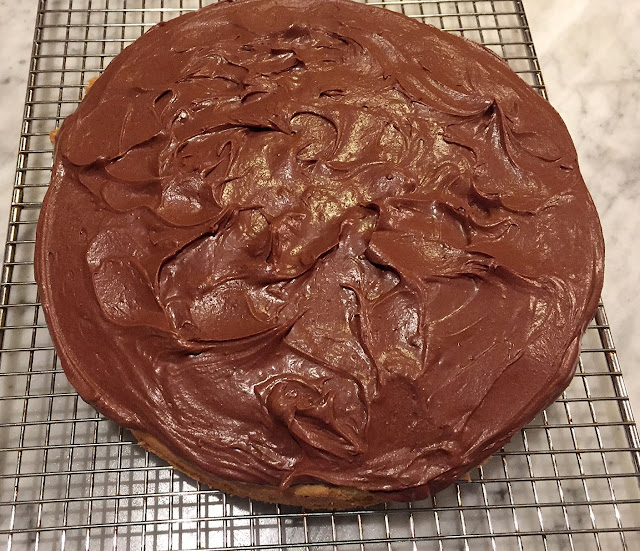 Production notes: I followed the top recipe and the method I used is below. The week before I had made the large cake recipe which I don't recommend (or else I overbaked it). See the end of this post for pictures.  For a two layer cake, I would simply double the "small cake" recipe. This cake does not brown much and it's very easy to overbake. I started checking it at 15 minutes. 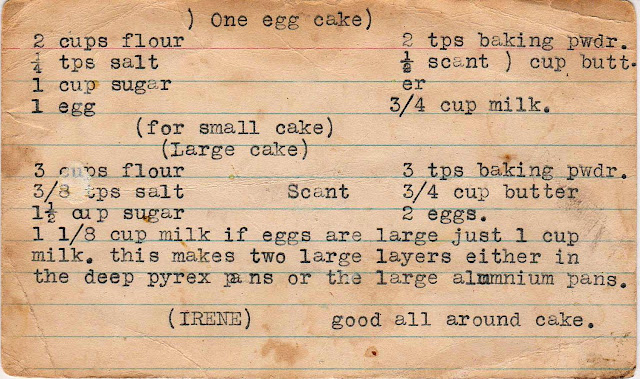 Production notes: I followed this exactly, and added one teaspoon of vanilla. If it sits before frosting the cake, it will become stiff. Just add some cream or milk and beat again. This makes enough for one single layer cake. I didn't frost the sides, just put a generous layer of frosting on top. 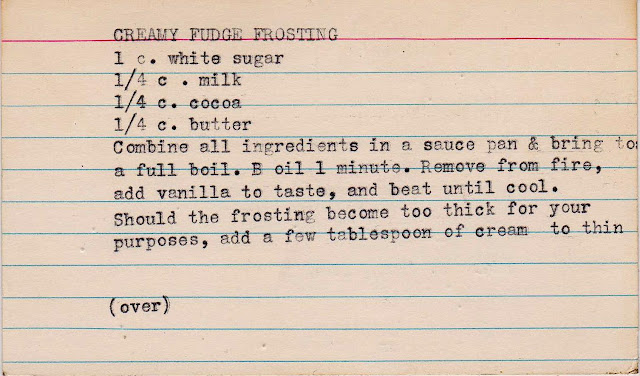 Grease and flour an 8 or 9 inch round or square pan.

Combine four, baking powder and salt in a bowl and set aside.
Beat butter and sugar together until light and fluffy.
Add egg and mix well.
Alternately add flour mixture and milk, beginning and ending with the flour.
Combine mixture (but don't overbeat).
Spoon batter into prepared pan and smooth top.
Bake about 20 - 30 minutes, checking frequently so cake doesn't overbake.
Remove from oven (top will only be very light brown).
Cool in pan for 10 minutes, then turn out on a rack to cool.

First time I made this, was for a dinner party. It did not work out well, but my guests, below, were very polite. Jim, Paul, Kris and Karin "enjoying" the dry cake. 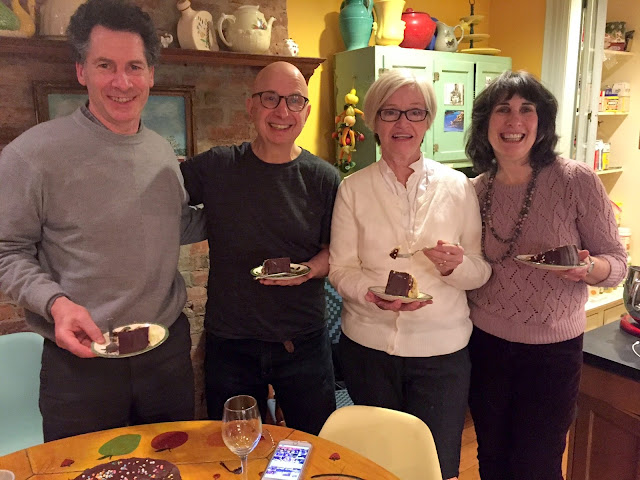 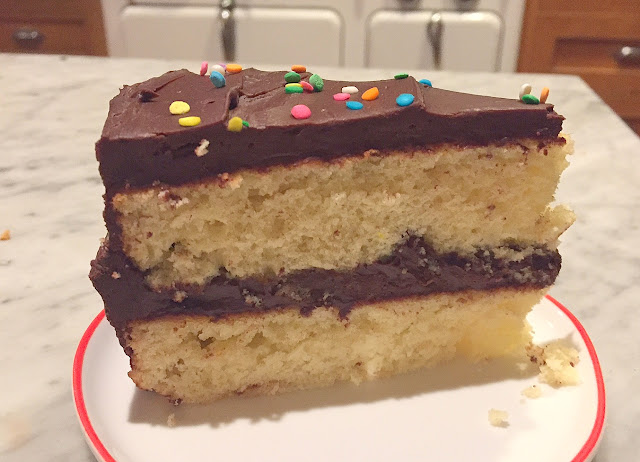 Whole cake, frosted with a modern ganache, which saved the whole thing. 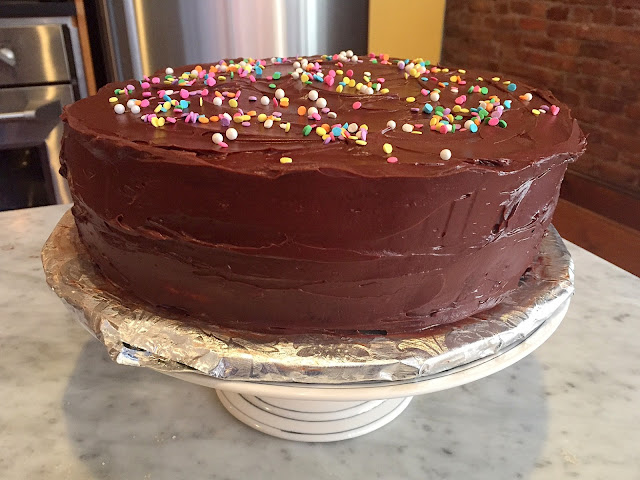