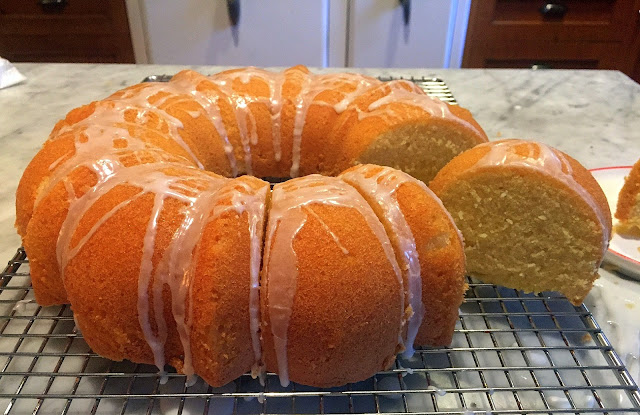 With just five simple ingredients, you can easily create this moist and delicious old-fashioned pound cake from a vintage recipe. Pound cake, so named because it originally called for one pound of each ingredient, is a perennial favorite, and one that has survived the years. Most modern recipes gild the lily with sour cream, milk or any number of other flavorings and additions. As good as those are (and who doesn't like variety?), this classic version is rather perfect. 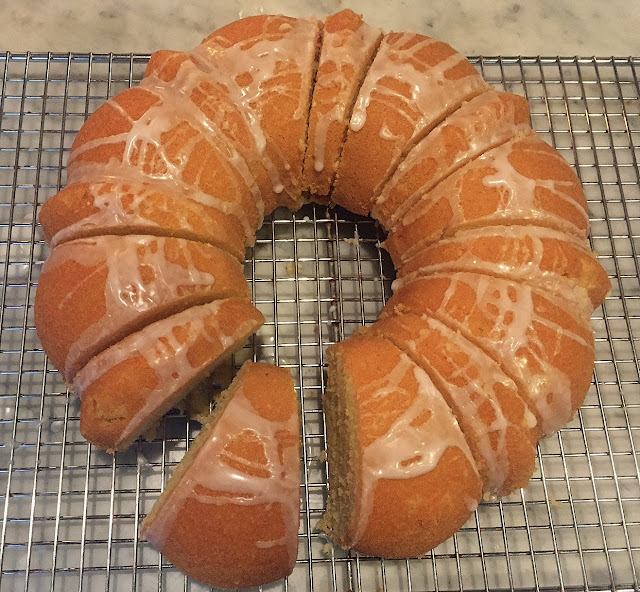 Here's the mis en place for the recipe. Flour, butter, eggs and sugar. (Also, vanilla and a pinch of salt, which I forgot to photograph.) 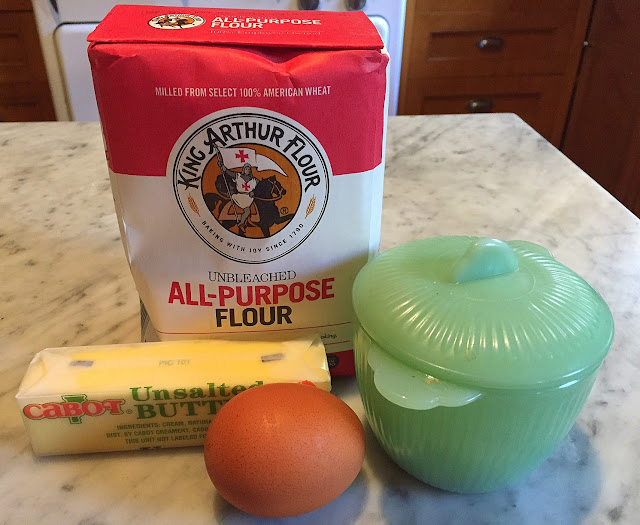 Start by beating the butter and sugar. Add the eggs one at a time.Add the flour, a pinch of salt and vanilla -- and that's it! 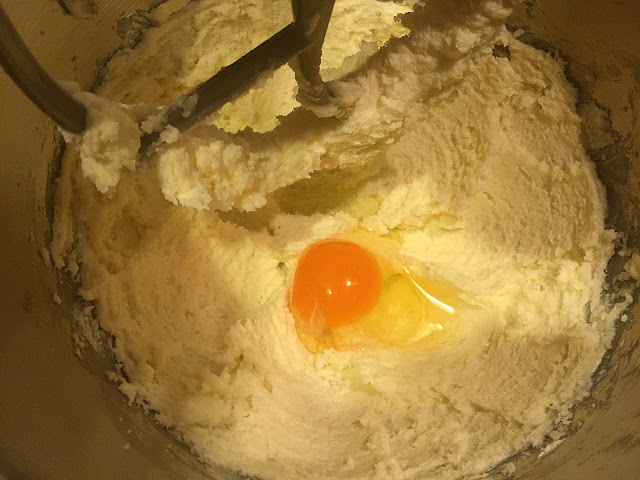 Spoon the batter into a greased bundt pan. 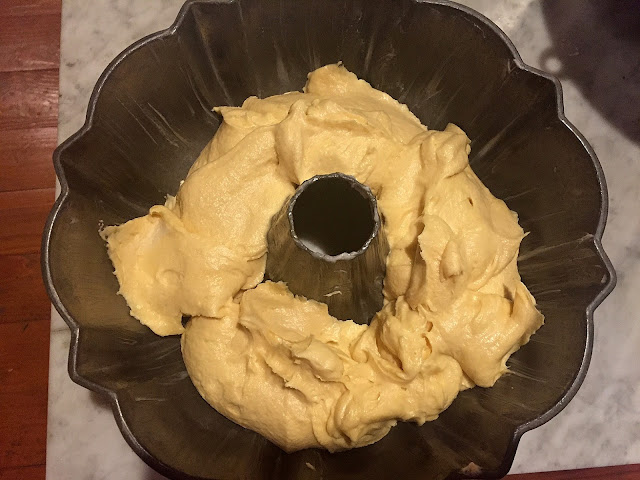 Smooth it with an offset spatula, a butter knife or the back of a spoon. 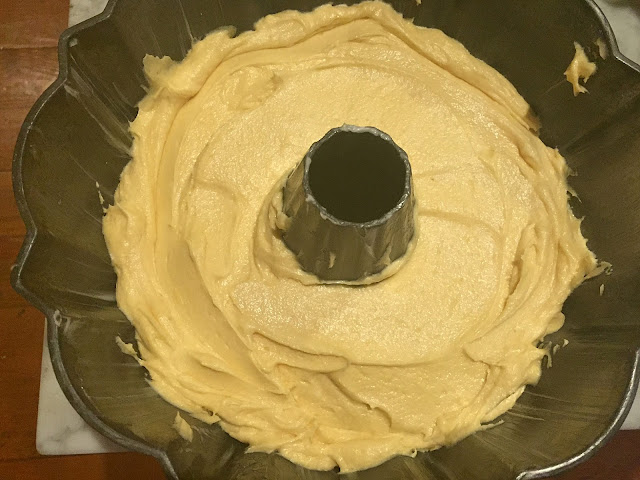 Bake for about 45 minutes. The top will look underbaked, but you can tell it's done by the way the cake is separating from the sides. 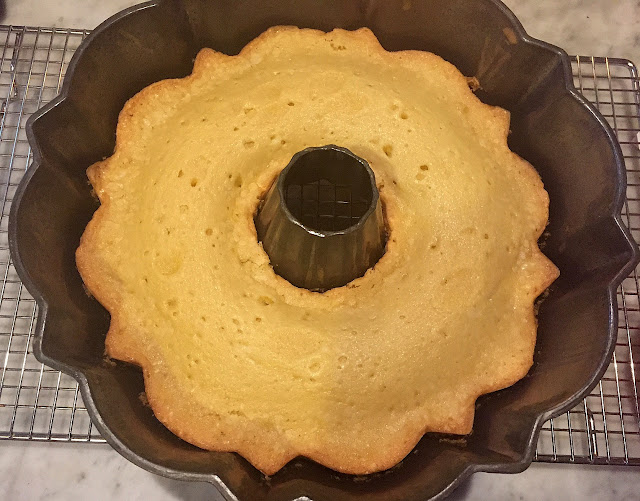 Let it cool in the pan for about ten minutes. Then run a knife around the edges to loosen it, turn it out on a rack, and tap the top until the cake releases. 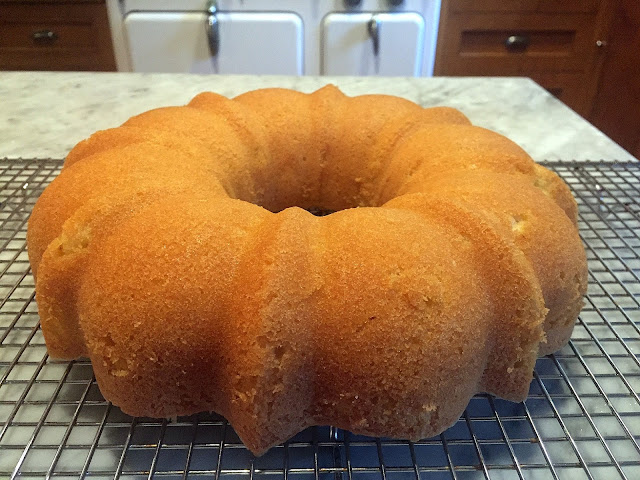 The cake has a nice crumb. 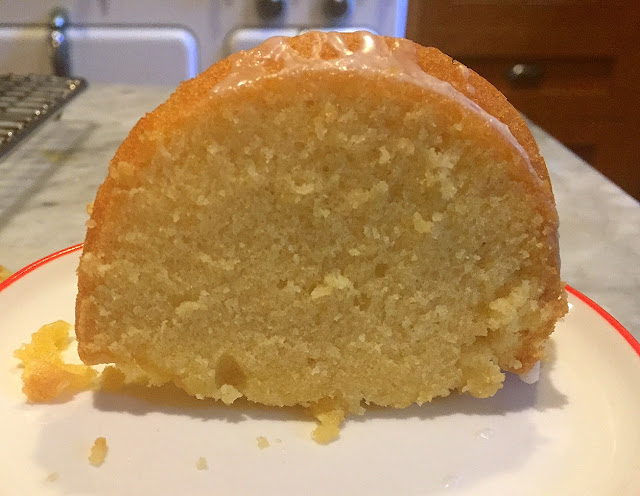 Production notes: Have the butter at room temperature, and beat it well. Add the sugar and beat the mixture until it's light and fluffy before adding the eggs. I also added the vanilla to the butter-sugar-eggs mixture, instead of after the flour. The first time I made this (see below), I sprayed the pan with Pam and overbaked it, which resulted in a broken cake. This time, I greased the pan with Crisco -- not sure that made a difference.
It is essential not to overbake this cake. Don't go by the color, but do test with a skewer.
I also made an quick icing -- put some confectioner's sugar in a bowl, and add liquid (milk, cream, water or lemon juice)  and mix to the desired consistency. 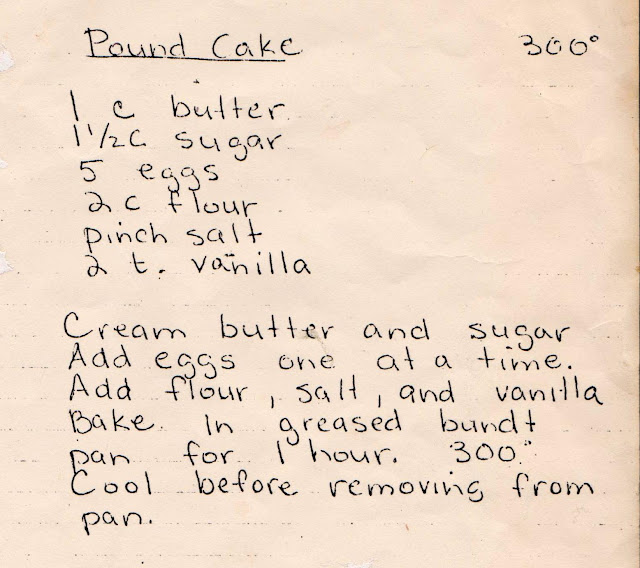 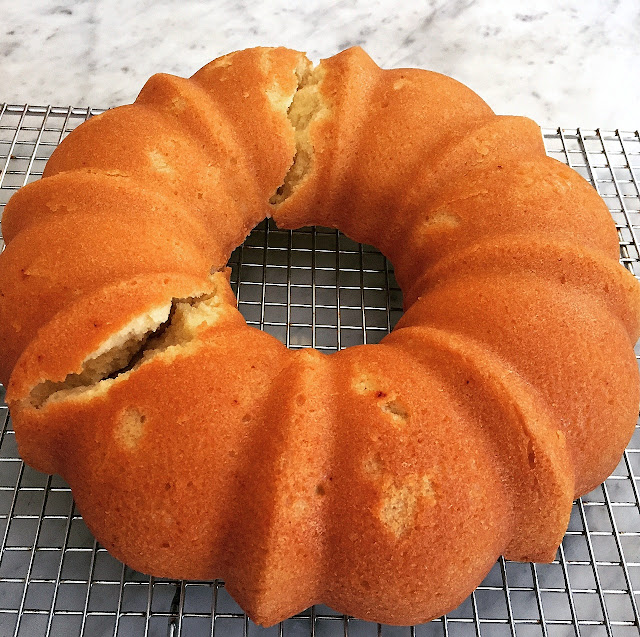