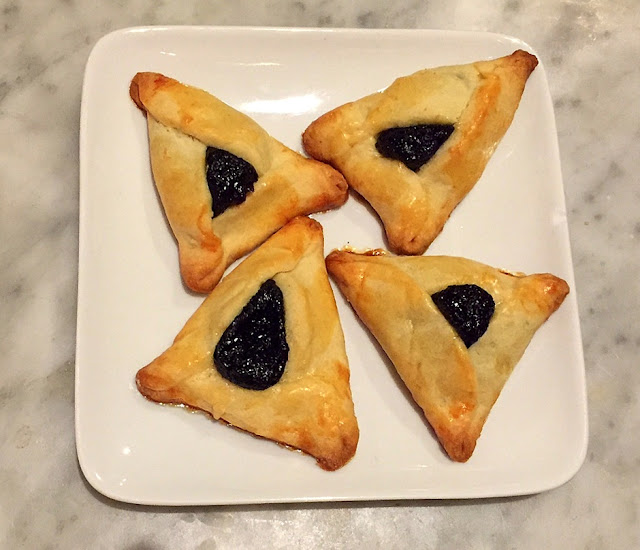 It's Purim and time to make the hamantashen, filled cookies designed to symbolize the defeat of Haman, an enemy of the Jewish people. They appear in bakery cases all over NYC this time of year, and are beloved by tribe members and others. And homemade ones abound -- people who rarely bake the rest of the year are known for making these triangular treats.

So I made them, using a c. 1960s recipe in the Temple Israel (of Akron) Synagogue Sisterhood Cook Book.

Dear readers, I will probably never make them again. The dough was difficult to work with and the process was rather tedious. Everyone who tried them loved the cookies, though, so there was that. And the dough is rich and delicious.

So for those of you interested, hang on to your three-pointed hats and let's get started. Place all the ingredients in a large bowl. I misread the instructions and did not beat the egg yolks with the sour cream first, but it didn't seem to matter in the end. And I saved a step. 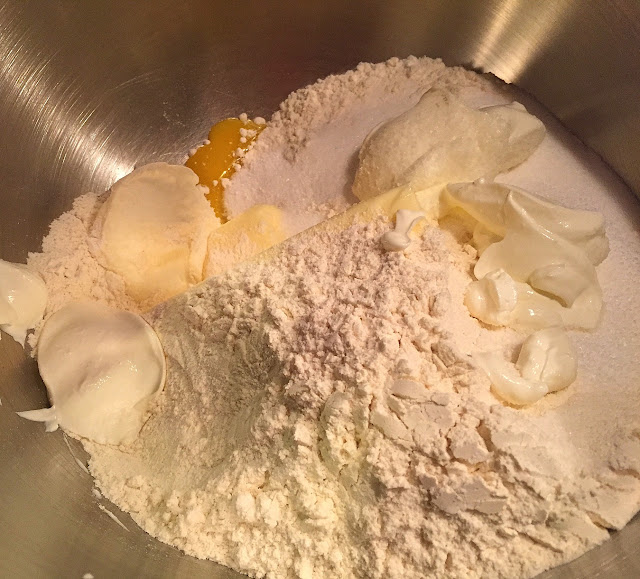 Mix until it forms a dough. 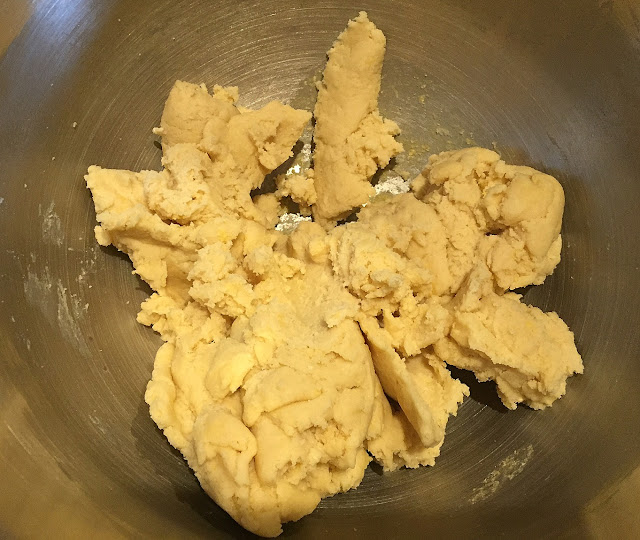 Form the dough into a couple of spheres and refrigerate until firm, usually an hour or two. 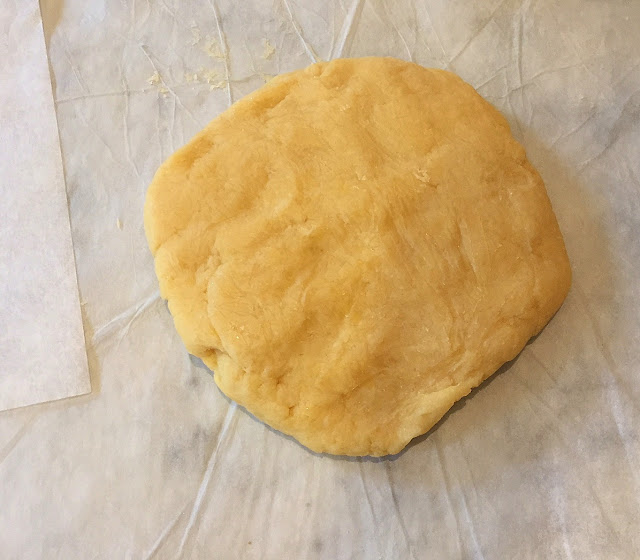 Roll out on parchment paper or a lightly floured surface. I sandwiched the dough between to sheets of parchment. Using a 2.5 or 3-inch cookie cutter, make the circles.  At this point, I refrigerated the sheets of cutouts to firm up again. 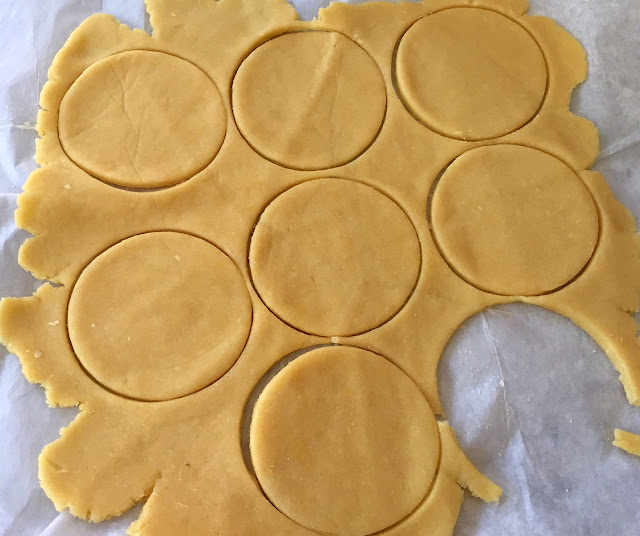 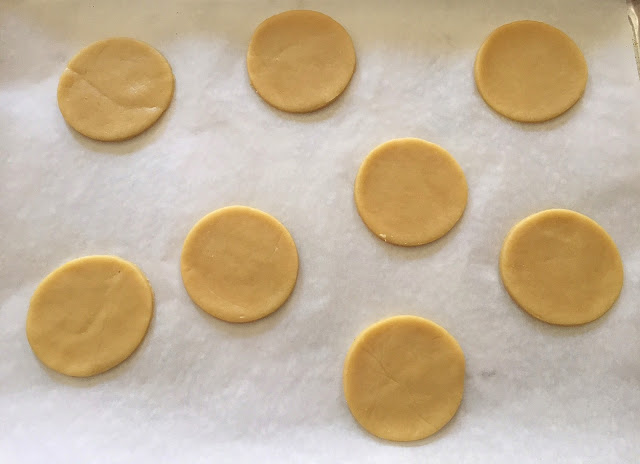 There are many fillings for these cookies. I used prune lekvar because I happened to see it while shopping at Pomegranate, an upscale Kosher restaurant in Brooklyn. 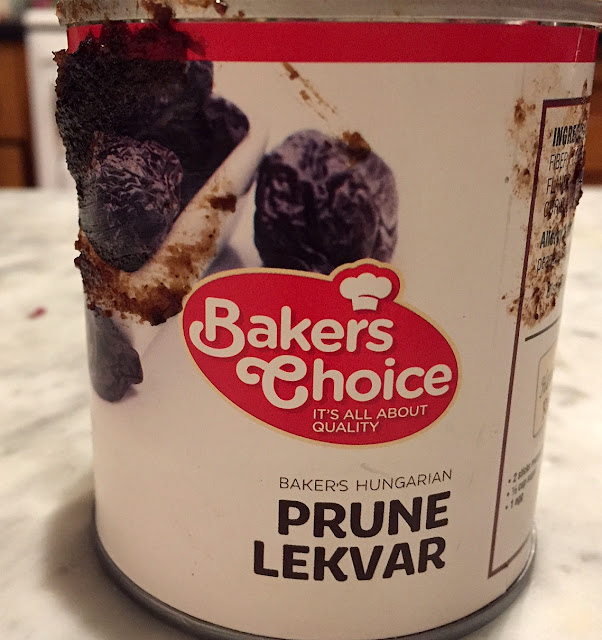 Place a teaspoon, or less, of filling in the center of each cookie. 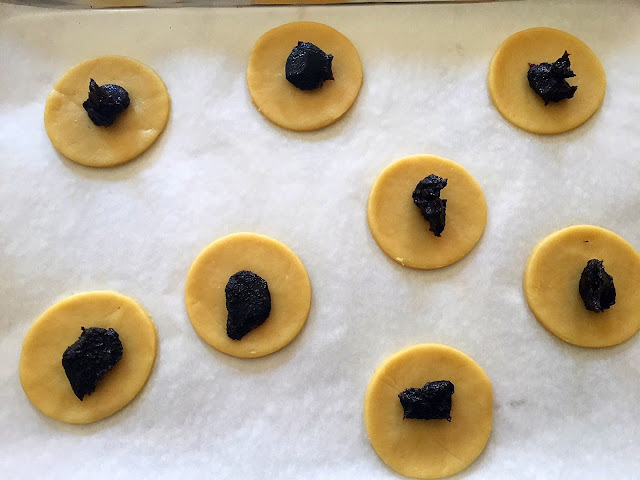 There are many ways to create the triangle shape. At first, I used the old-fashioned one, below, of pinching the sides together. 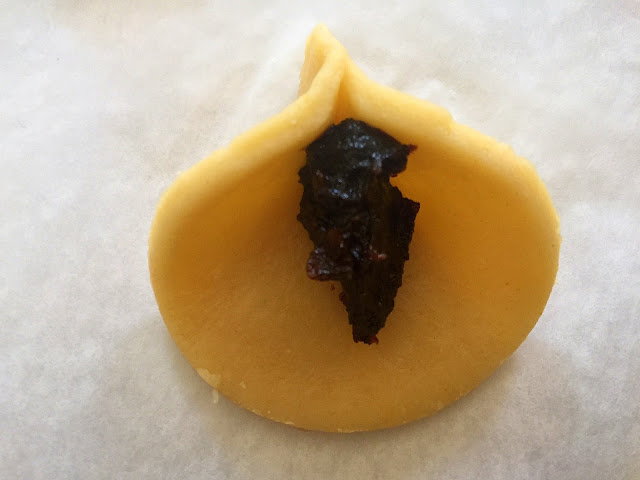 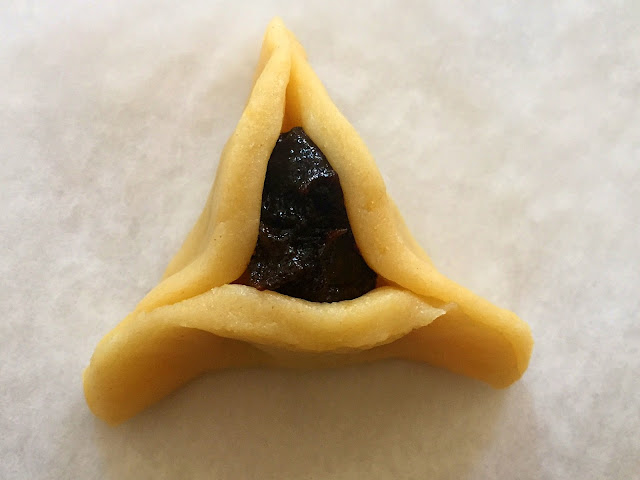 Brush the formed cookies with egg white before baking. 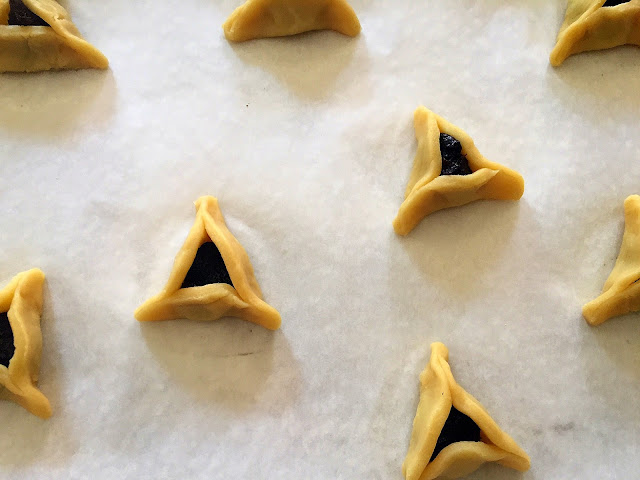 But my first batch was a fail. See how many opened up? 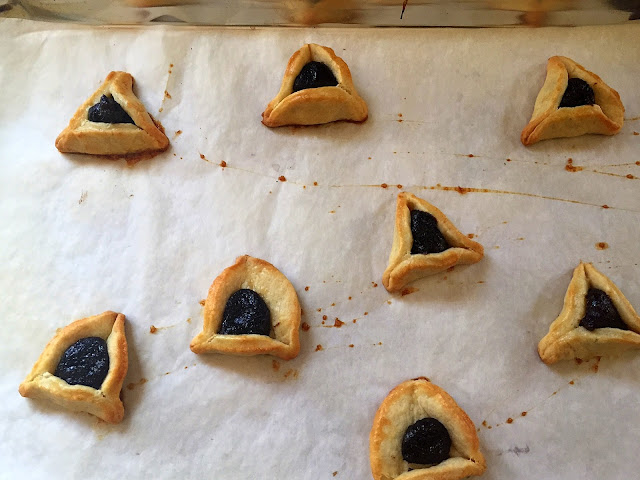 But then I discovered a webpage on how to make them perfect. You can see it here. In the tutorial, Tori Avery demonstrates a folding technique. You can see how much better my second batch looked following those instructions.  (There was no third batch, as I ate the dough raw for dinner!) 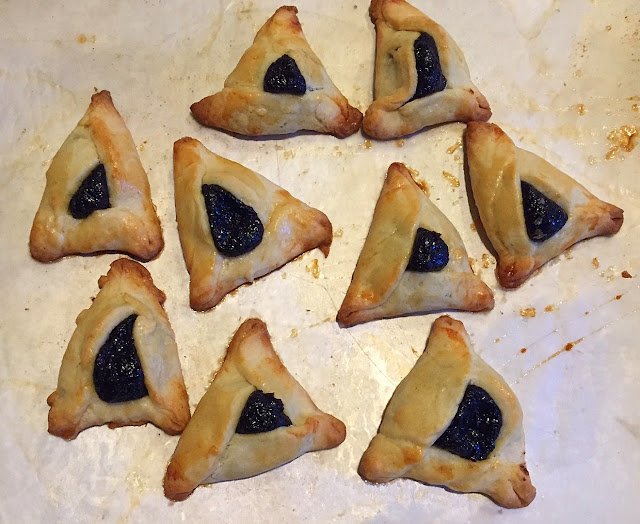 Production notes: I halved this recipe, using only butter and not Crisco, and followed it exactly save for mixing the sour cream and egg yolks together first. I brushed the tops with egg white before baking. Each batch took about 12 to 15 minutes. (Eleanor Applebaum was the rabbi's wife at Temple Israel, and an editor of this cookbook.)