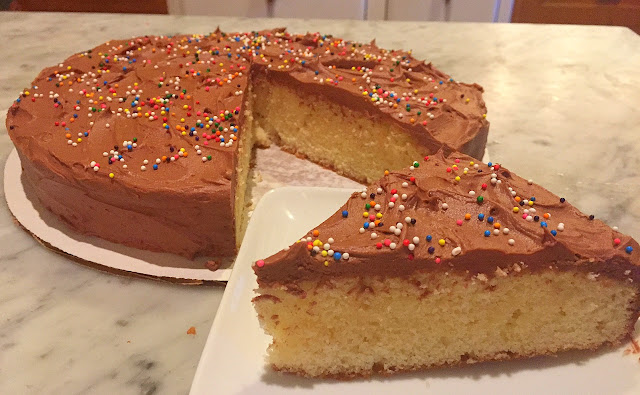 There was a wonderful blog, Butter Me Up Brooklyn, the 2012 winner of  Saveur's best baking blog. Authored by the lovely Lillie Auld (we met when we did a food event together a few years back), the blog abruptly stopped in 2014.  (Lillie: where are you?) What I enjoyed best, aside from the imaginative recipes and writing, was its tag line: Baking Makes Friends. I've always subscribed to that theory, but could never express it as well as these three simple words do.

Which brings me to this Royal One-Egg One-Bowl Cake. James, a porter at work, stopped by my office recently to tell me he had resigned, having purchased a house (for $10K!) in Youngstown, Ohio. James was always a big fan of my baked goods. So what better send off than to bake him a goodbye cake.

Trouble was, I had no time. Or so I thought, until I discovered this easy-as-pie vanilla cake recipe. And an equally easy frosting recipe.  It is a delicious old-fashioned one-layer cake; the recipe was probably originally from Royal Baking Powder, founded in the 1880s.

Begin by sifting the flour, baking powder and salt. No one has a flour sifter these days, so just use a strainer, pushing the ingredients through with the back of a large spoon. 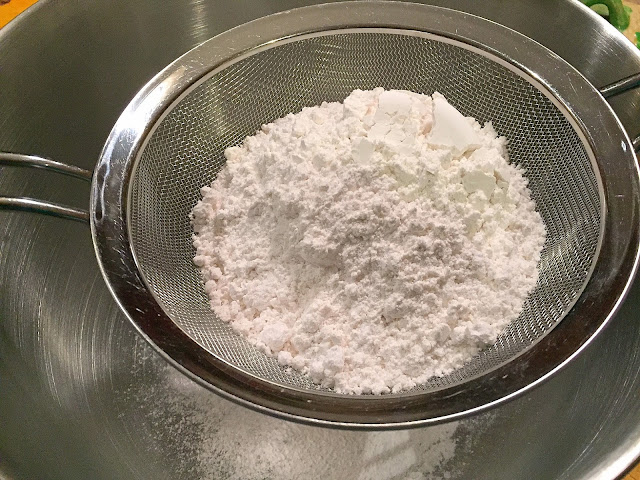 Add all the other ingredients except the egg into one bowl and beat for two minutes. Add the egg and beat for one minute. 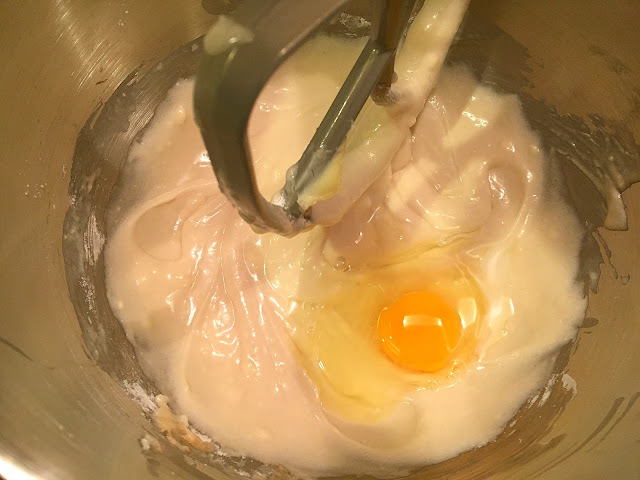 Pour into a greased and floured nine-inch round cake pan and bake until golden. 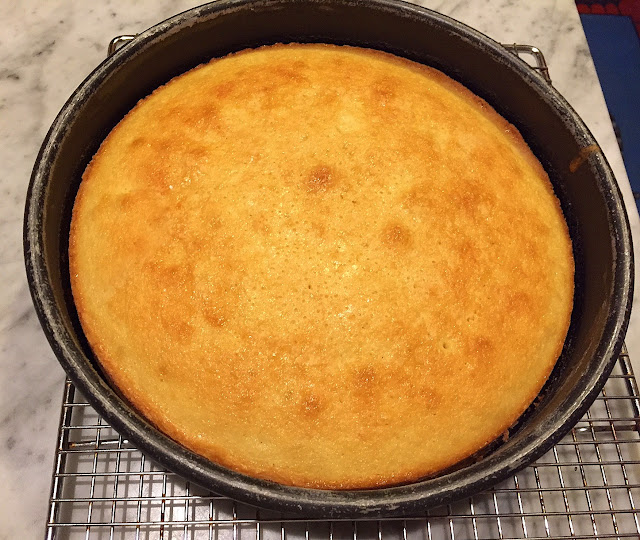 While the cake is cooling, start the frosting.  Beat the butter and add the cocoa-sugar mixture. 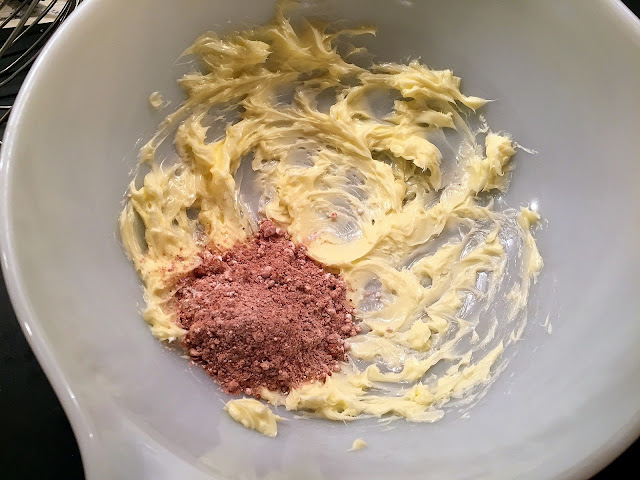 It won’t look very good, but once you add the brewed coffee (at room temperature), it will smooth out. 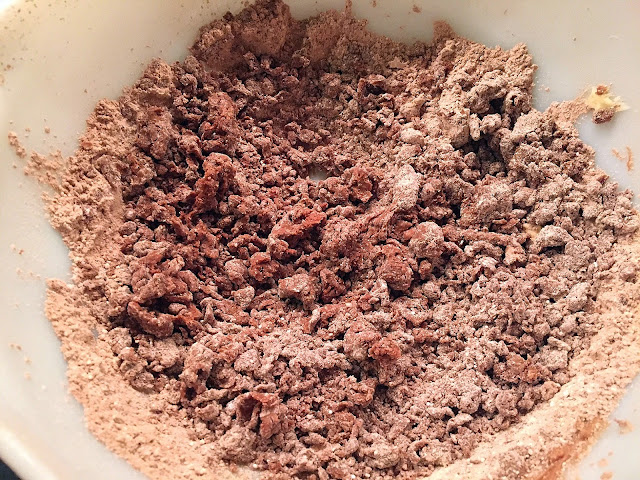 Make sure the cake is cold! Never frost a warm cake.  Mine formed a bit of a dome, so using a serrated knife, I sliced it off and then shared that thin layer with a very appreciative DH. 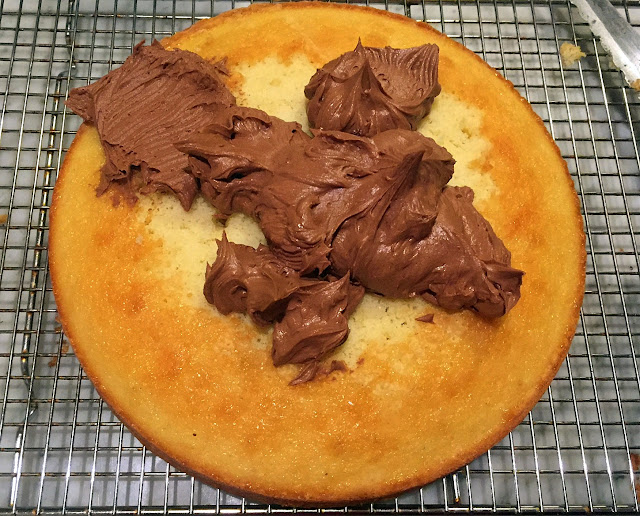 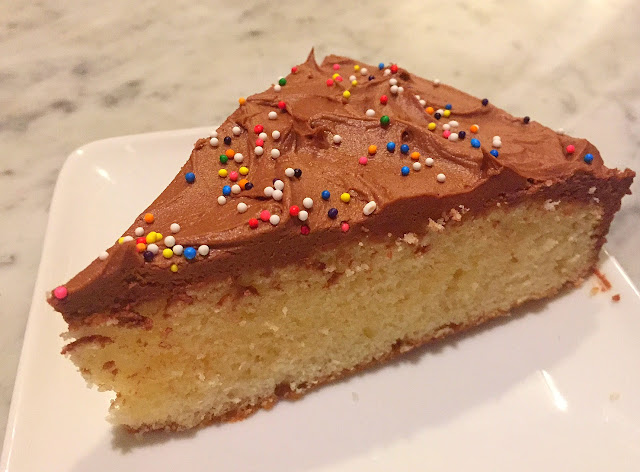 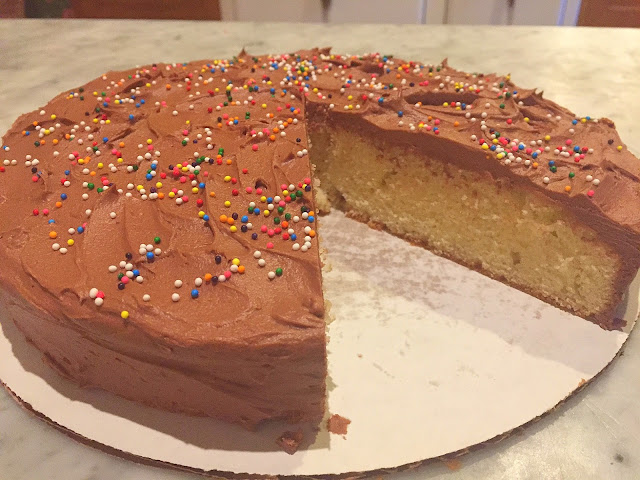 I thoughtfully sliced the cake for James, because I thought he'd want to share with colleagues. Turned out I was wrong and he ate most of it himself. 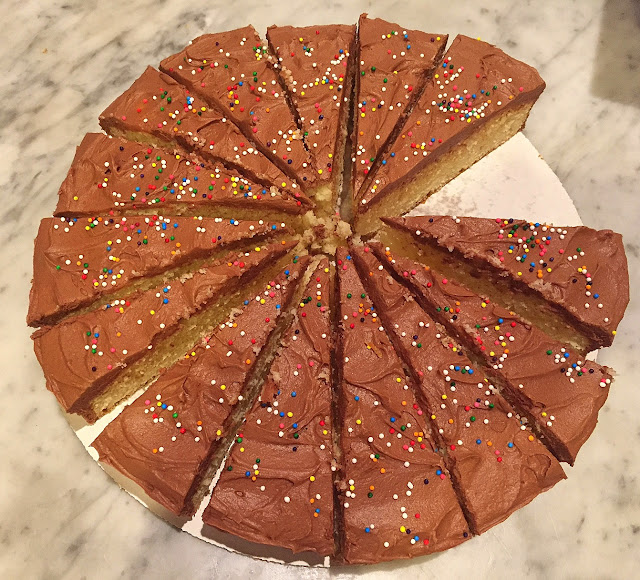 Full disclosure: The first time I made this cake it was a bit of a disaster. I followed the recipe: Used an eight inch square pan, greased (and not floured). The cake wouldn't release, but it was so good, I thought I'd try again. 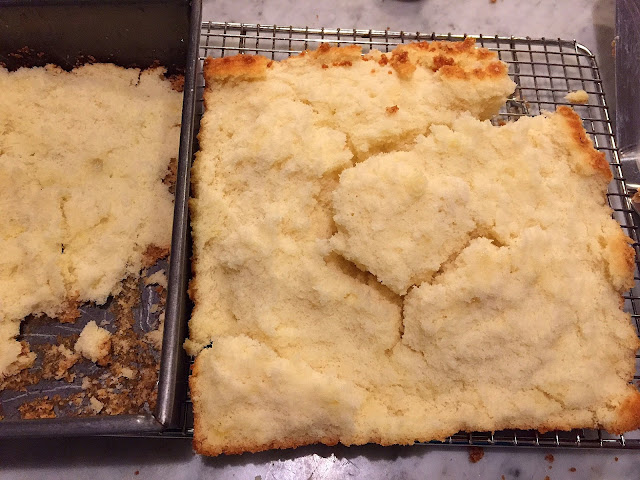 My attempt to salvage the cake failed miserably, but at least I could eat my mistake. 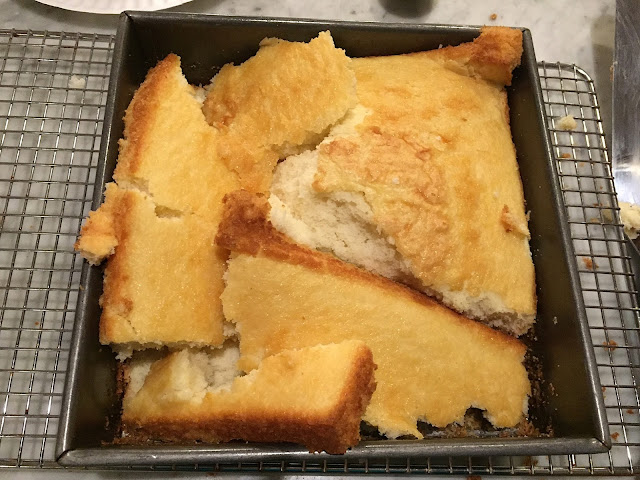 Production notes: I followed this recipe exactly, and it resulted in failure. Save yourself the heartache by greasing and flouring the pan, and use a nine-inch round pan. And be sure your butter is at room temperature, i.e., pretty soft. 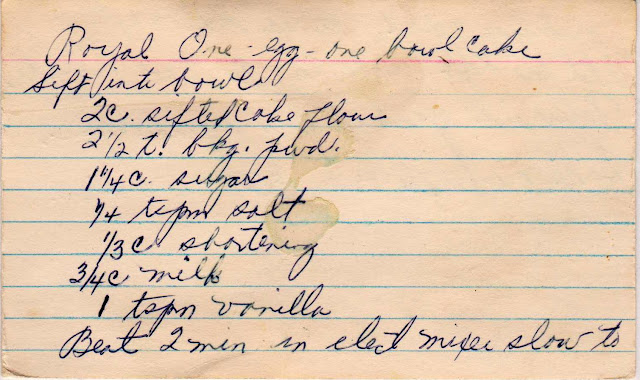 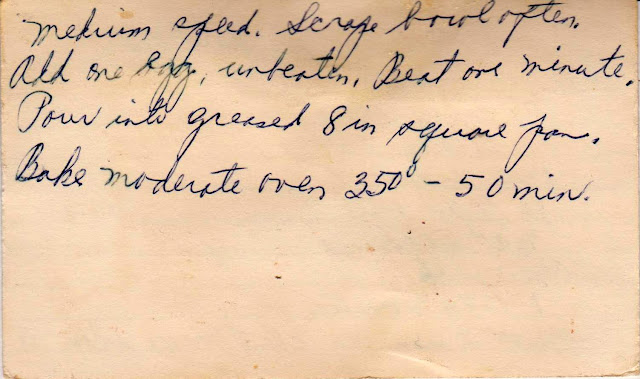 This very simple frosting is from The General’s Cook Book, a 1961 collection published by the Women’s Board of Akron General Hospital.

James, on his last day of work. 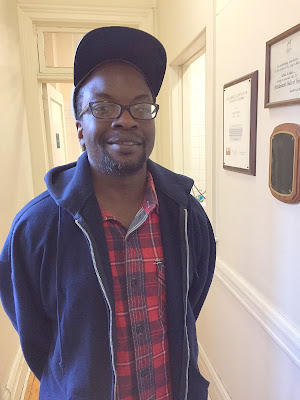