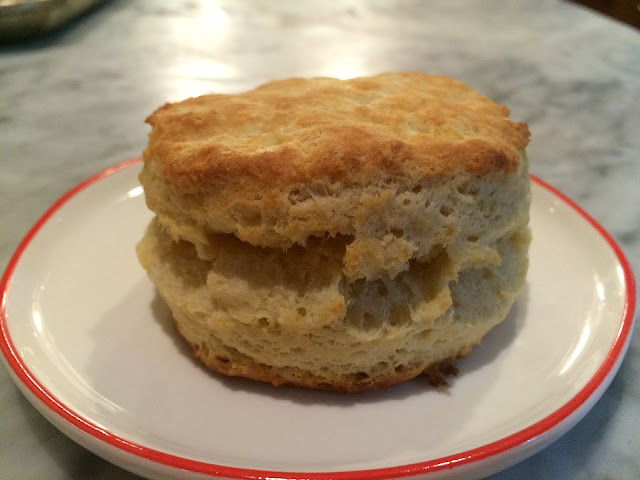 There seems to be a biscuit revival afoot, though I'm not sure why these simple and wholesome baked goods ever fell from favor. They hearken back to a simpler era, when housewives would just throw these together, year round to accompany a meal or, in the spring, as a base for macerated strawberries to create strawberry shortcake.

I love a good biscuit and so have tried nearly every vintage biscuit recipe in my collection, but few come close to this one. The appropriately named Cloud Biscuits give a very nice rise, and the texture is divine. Plus, who could resist the name? (As someone who earns a living in marketing, I applaud the recipe's author who titled this so brilliantly.) These are basically baking powder biscuits (isn't cloud biscuits so much more appealing?), but they also include an egg, making them a bit richer.

Cutting the butter into the flour can be accomplished quickly with just a few pulses in a food processor. Alternately, use a pastry blender, two knifes or even your fingertips. 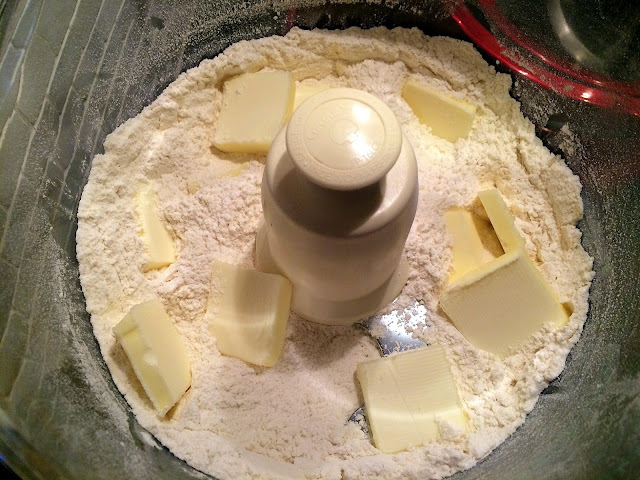 It should resemble cornmeal (below). Mix the egg and milk in a measuring up and combine well. 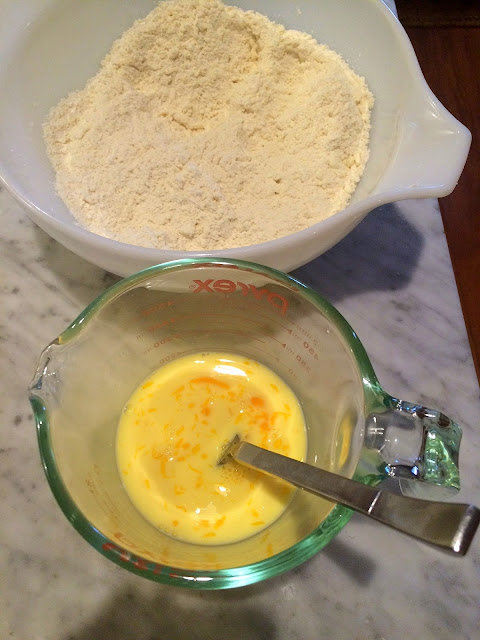 Pour the liquid into the flour-butter mixture and mix until the batter follows the fork around the bowl. 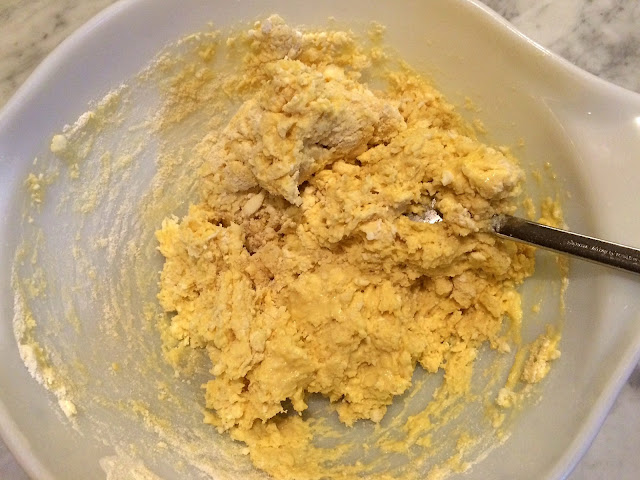 Roll or pat out on a floured surface. 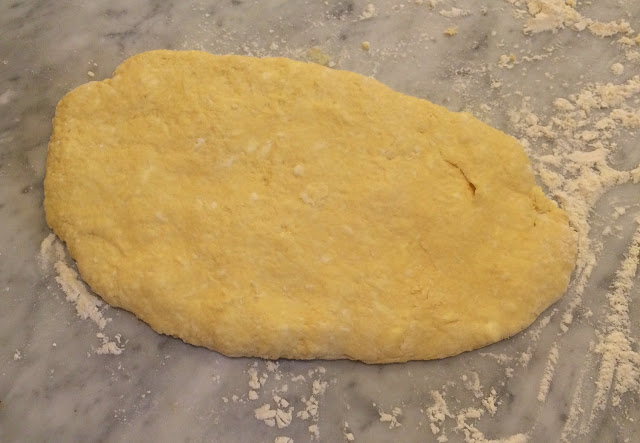 Form using a sharp (this is important for the rise!) biscuit cutter. 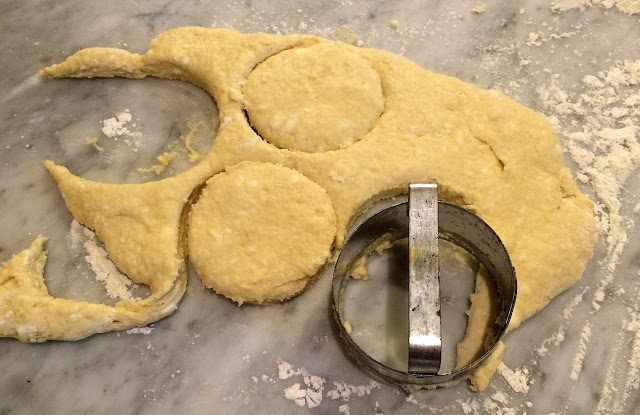 Pop them in the preheated oven and voila! 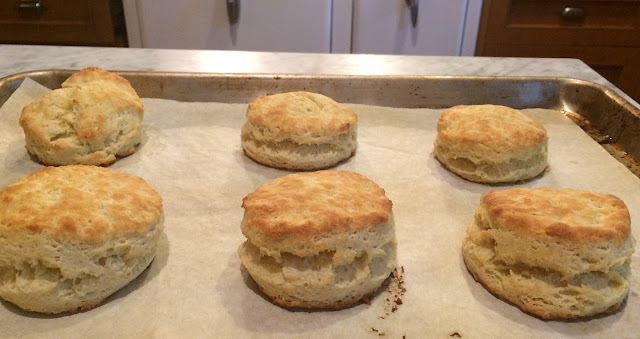 A little added butter and jam make for a delicious breakfast treat. 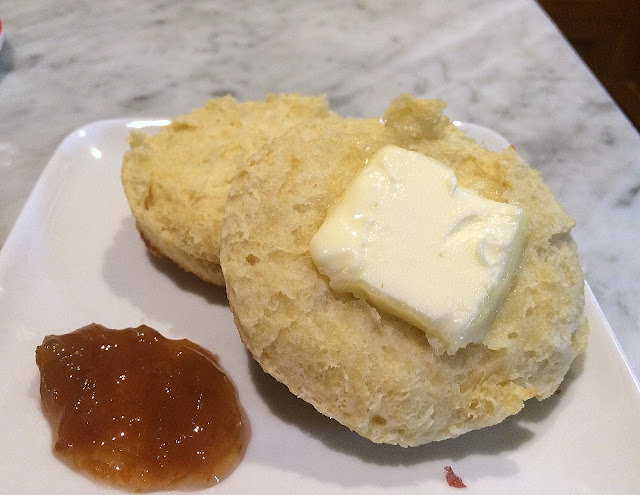 Production notes: I made the smaller amount, and used butter instead of margarine. 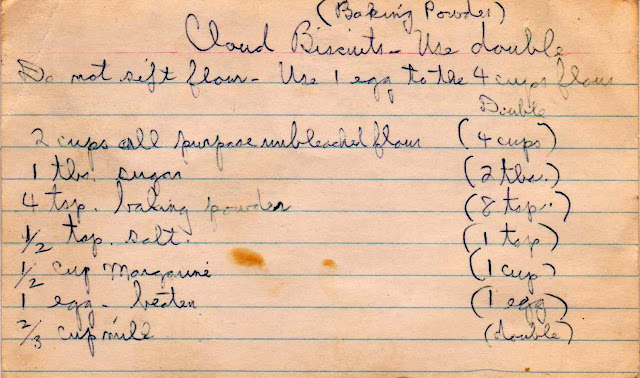 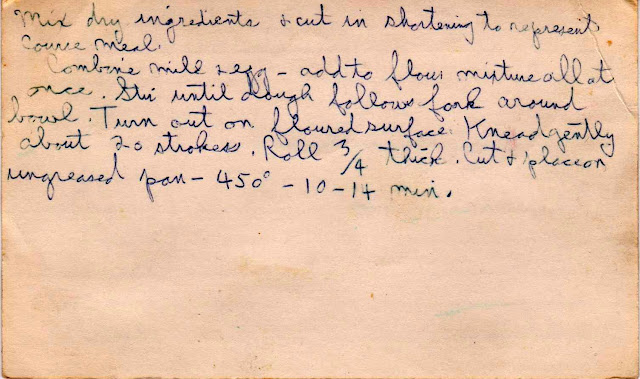