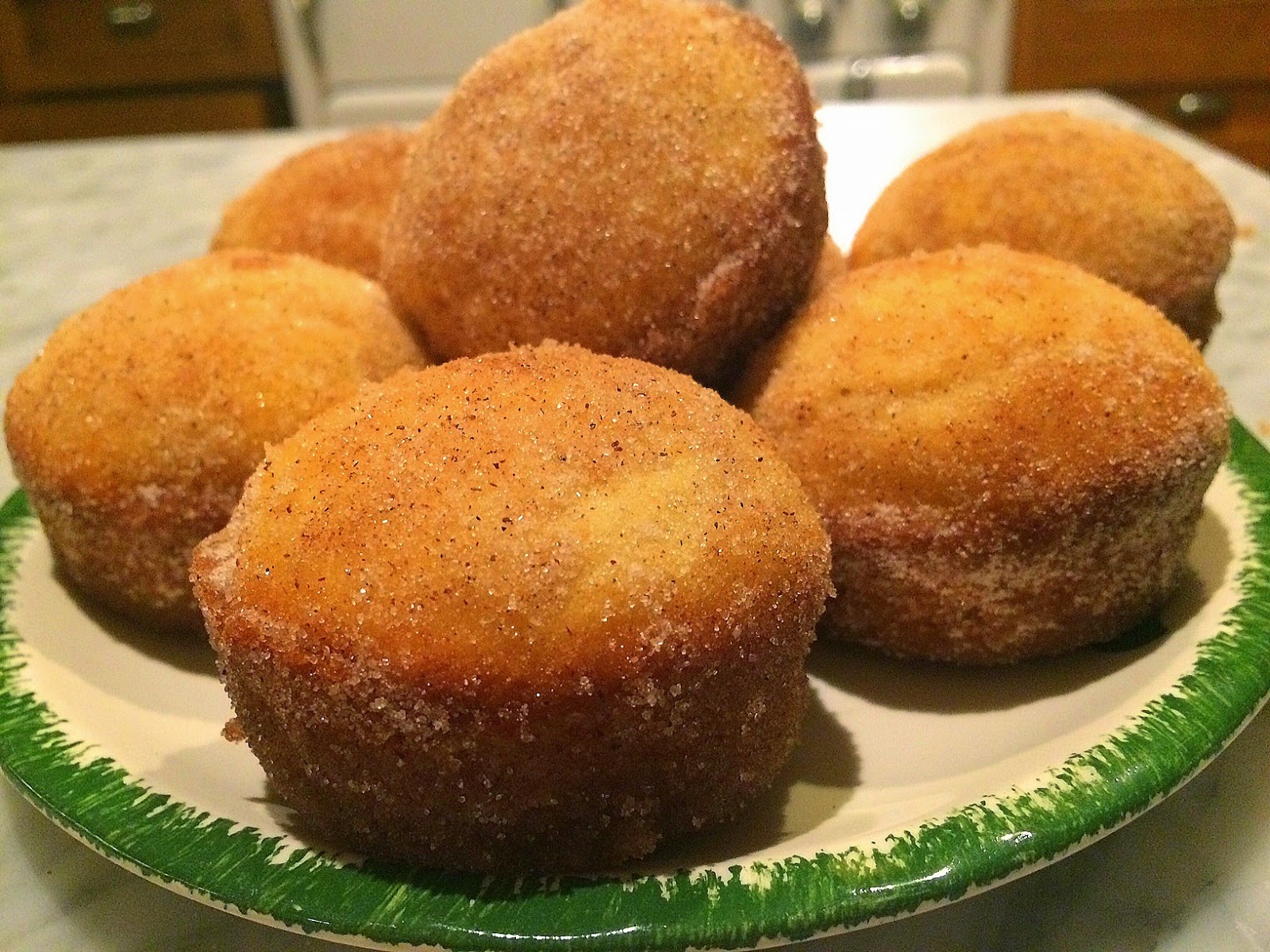 French Breakfast Puffs are not French and they are not puffs, but they are delicious, easy to prepare and very unusual (as in, how have I not encountered these before?).  They are muffins that are dipped in melted butter and rolled in a cinnamon-sugar mixture right out of the oven -- and it's that coating that makes them so special, almost like a doughnut, but without the bother of frying.

If you awaken just 45 minutes before the rest of your family, you can have these ready for them to enjoy -- they are that quick to make. But I'm told they're good the next day, too, according to my Henry Street Settlement colleagues who had the "leftovers" from my Thursday night baking adventure for breakfast Friday morning.

I found this recipe, probably dating from the 1950s, in a large collection of family recipes I purchased from an estate in Texas.

Begin by creaming the butter, sugar and egg. Mix the dry ingredients in a small bowl and have the milk handy.  When the mixture is well combined, add the flour alternately with the milk, beginning and ending with the flour. 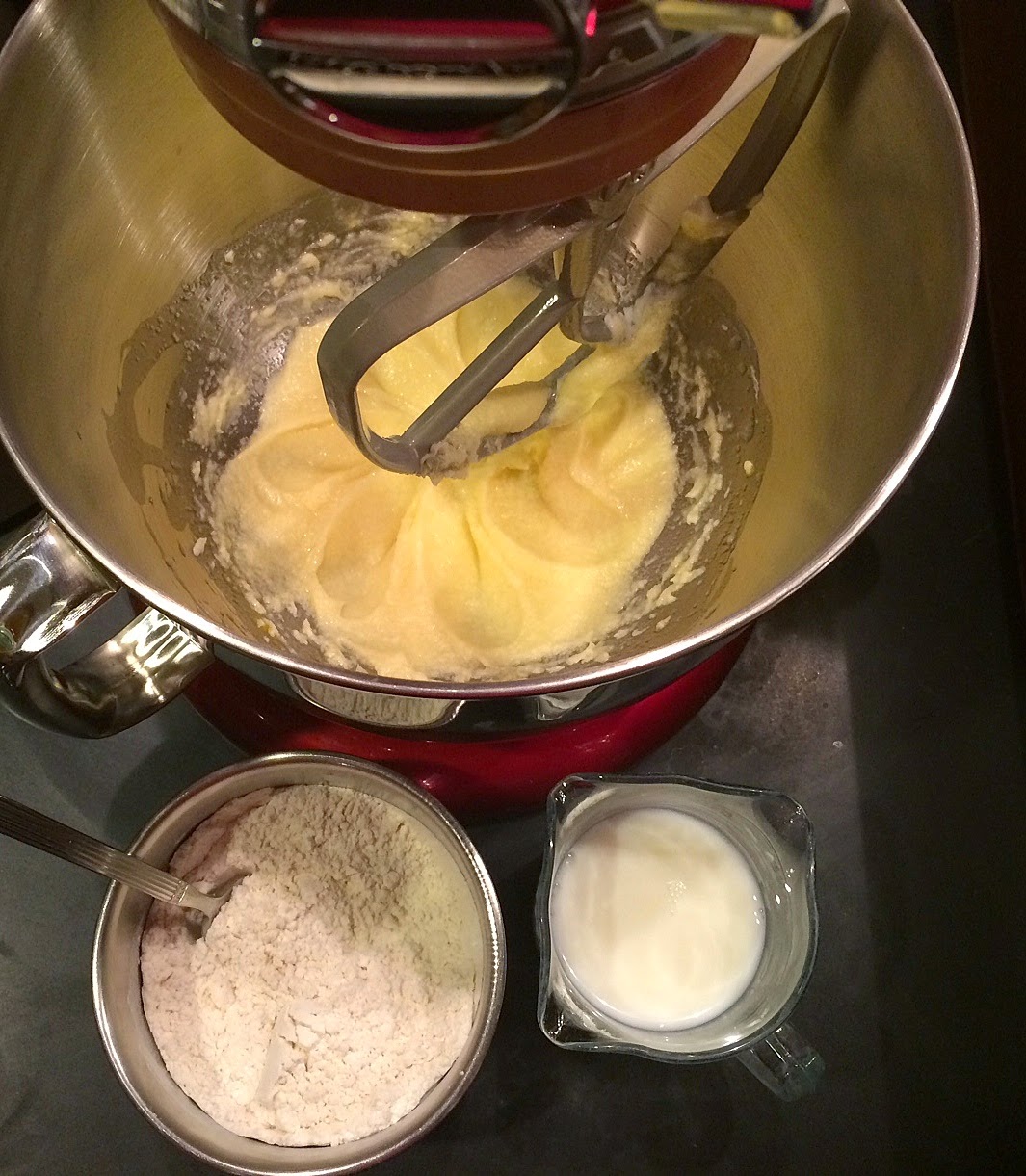 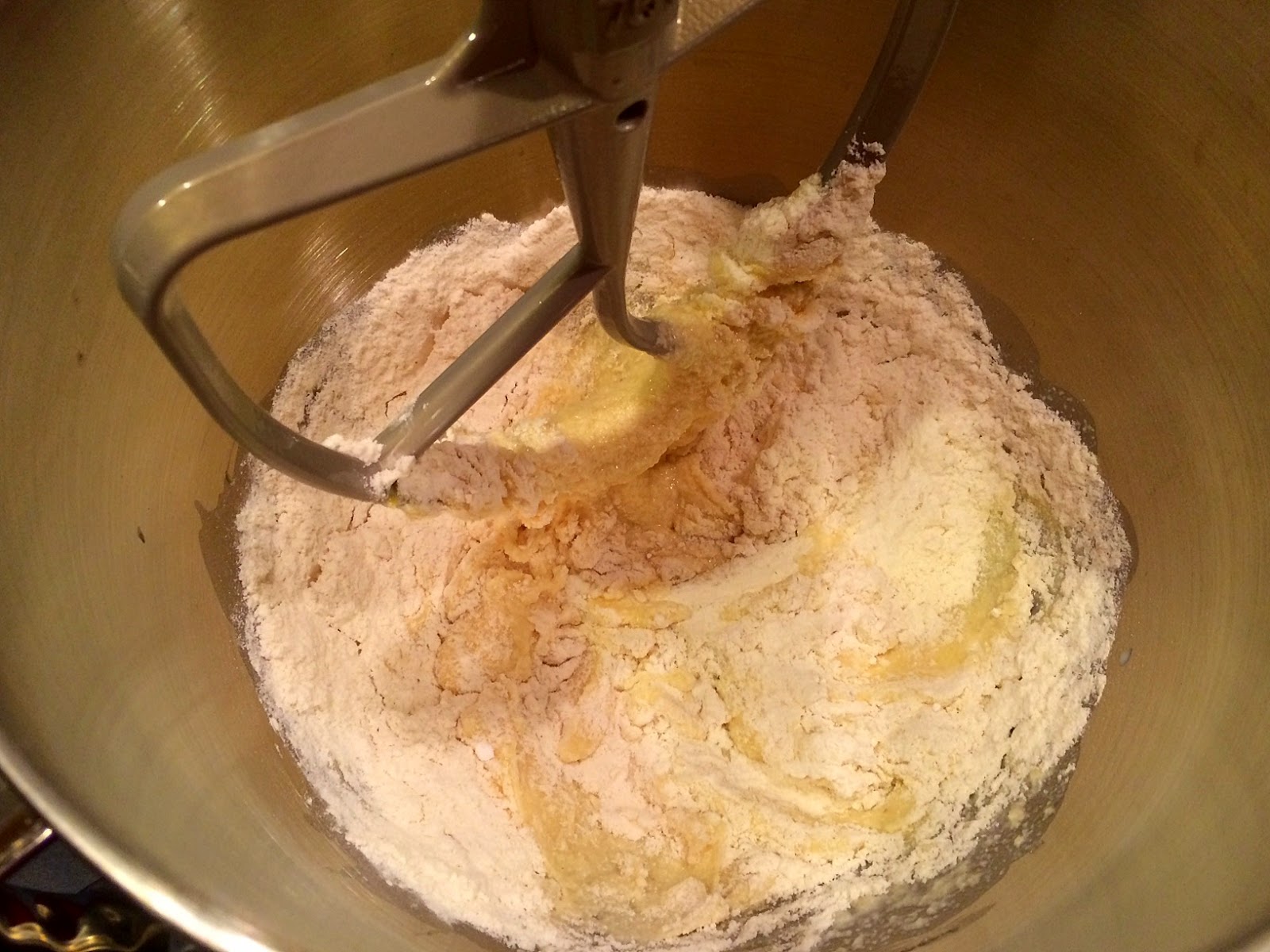 Spoon the batter into greased muffin tins. Don't line the tins with paper, and don't worry about smoothing the tops, as this will happen naturally in the oven. 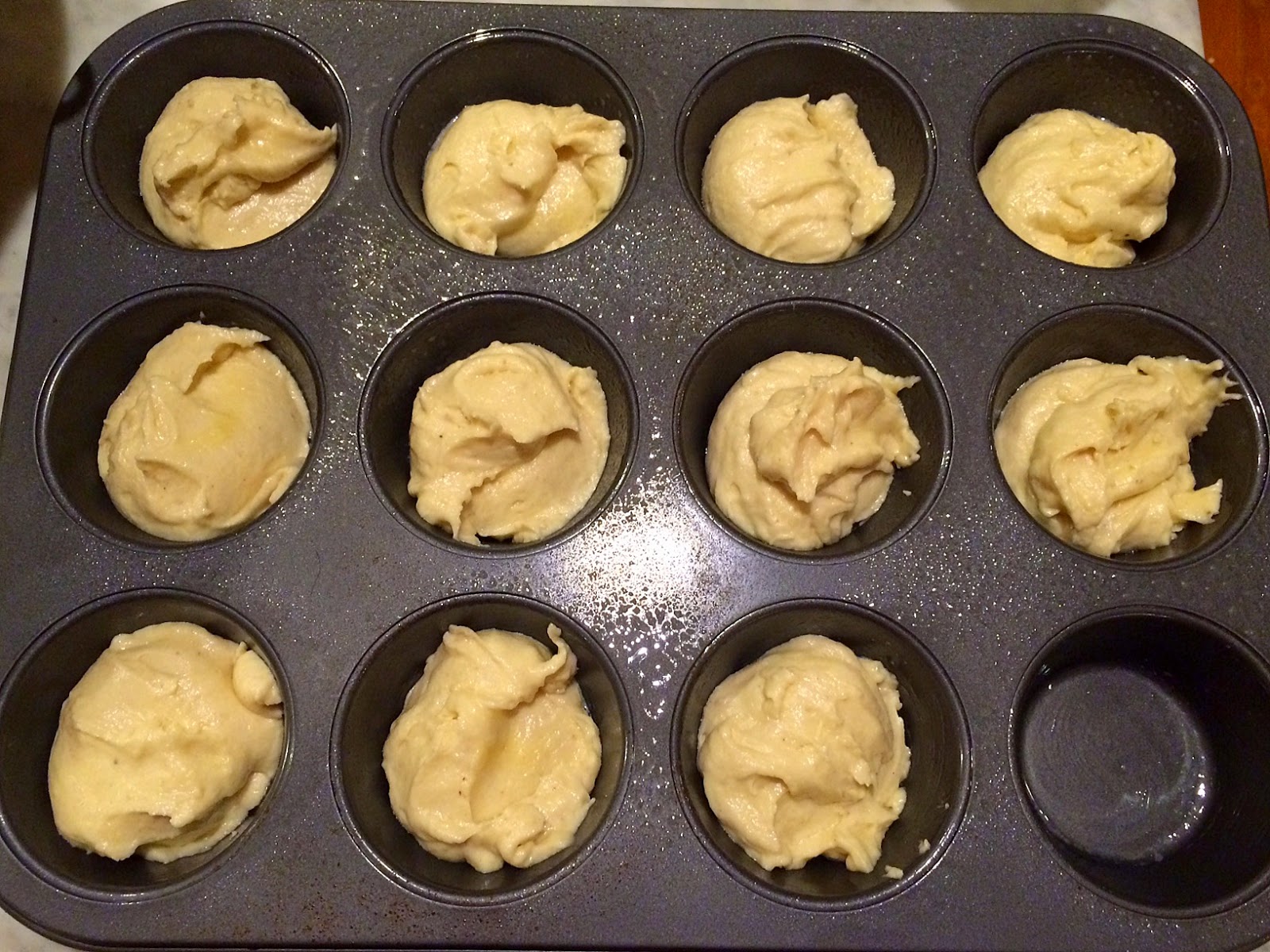 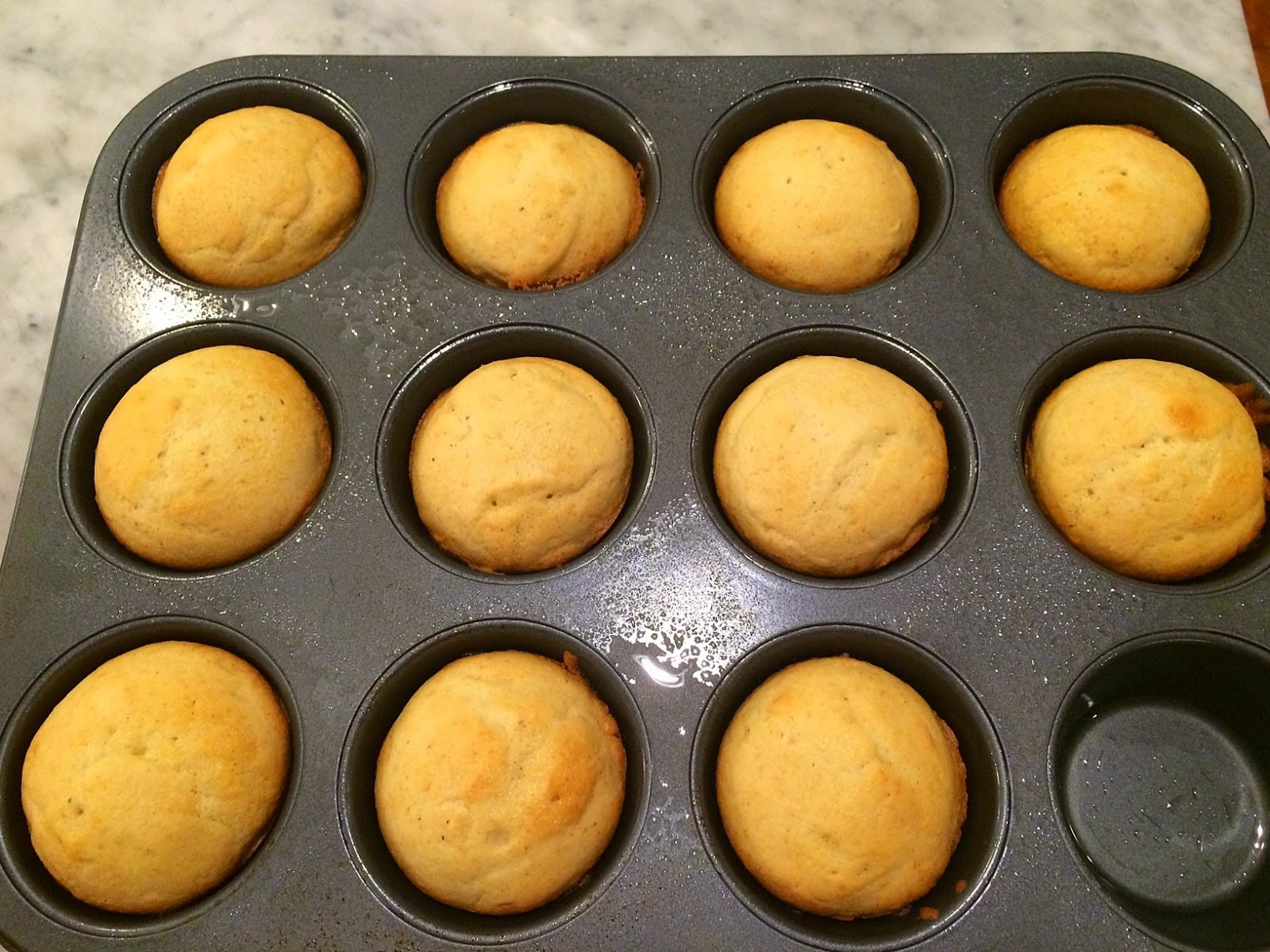 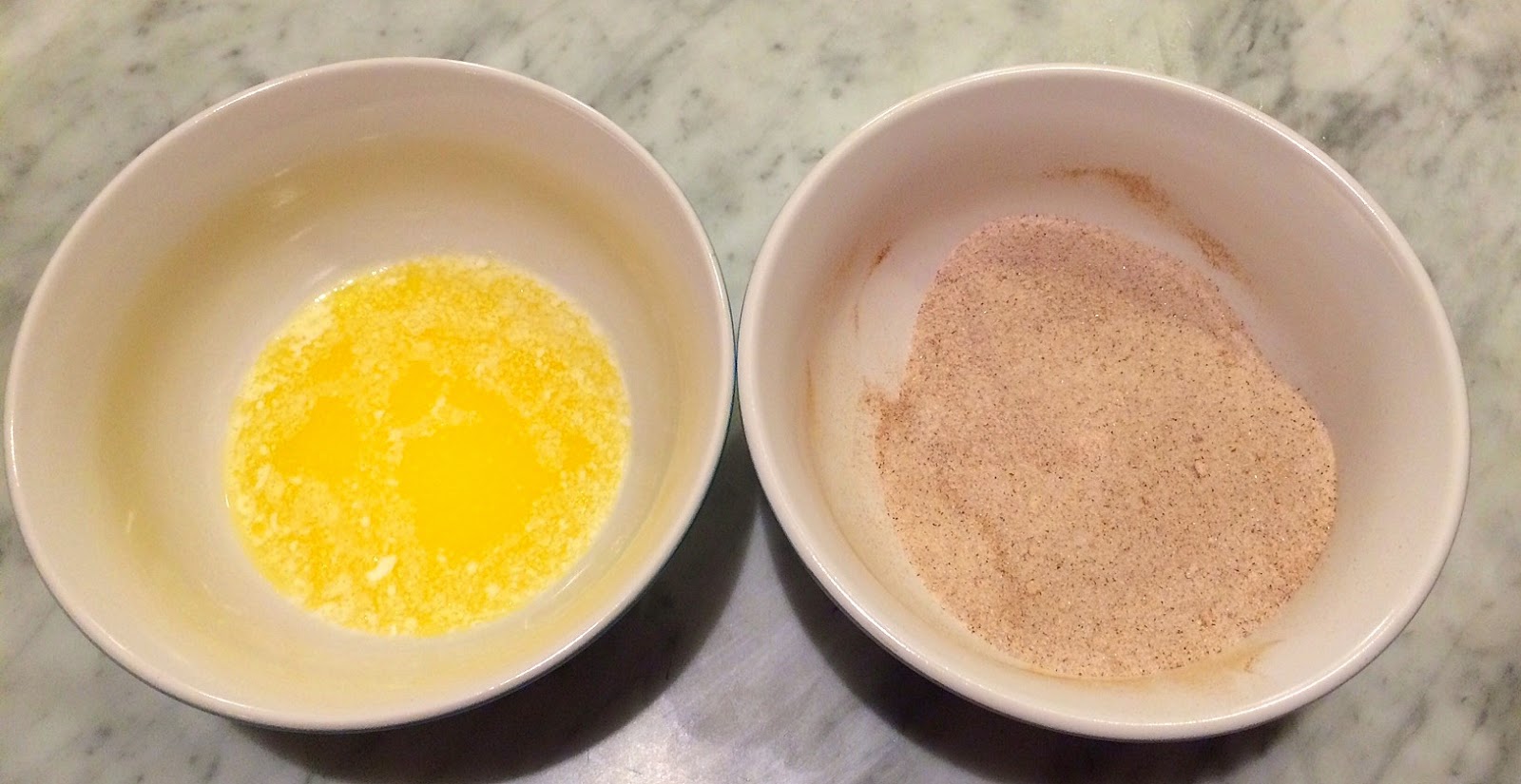 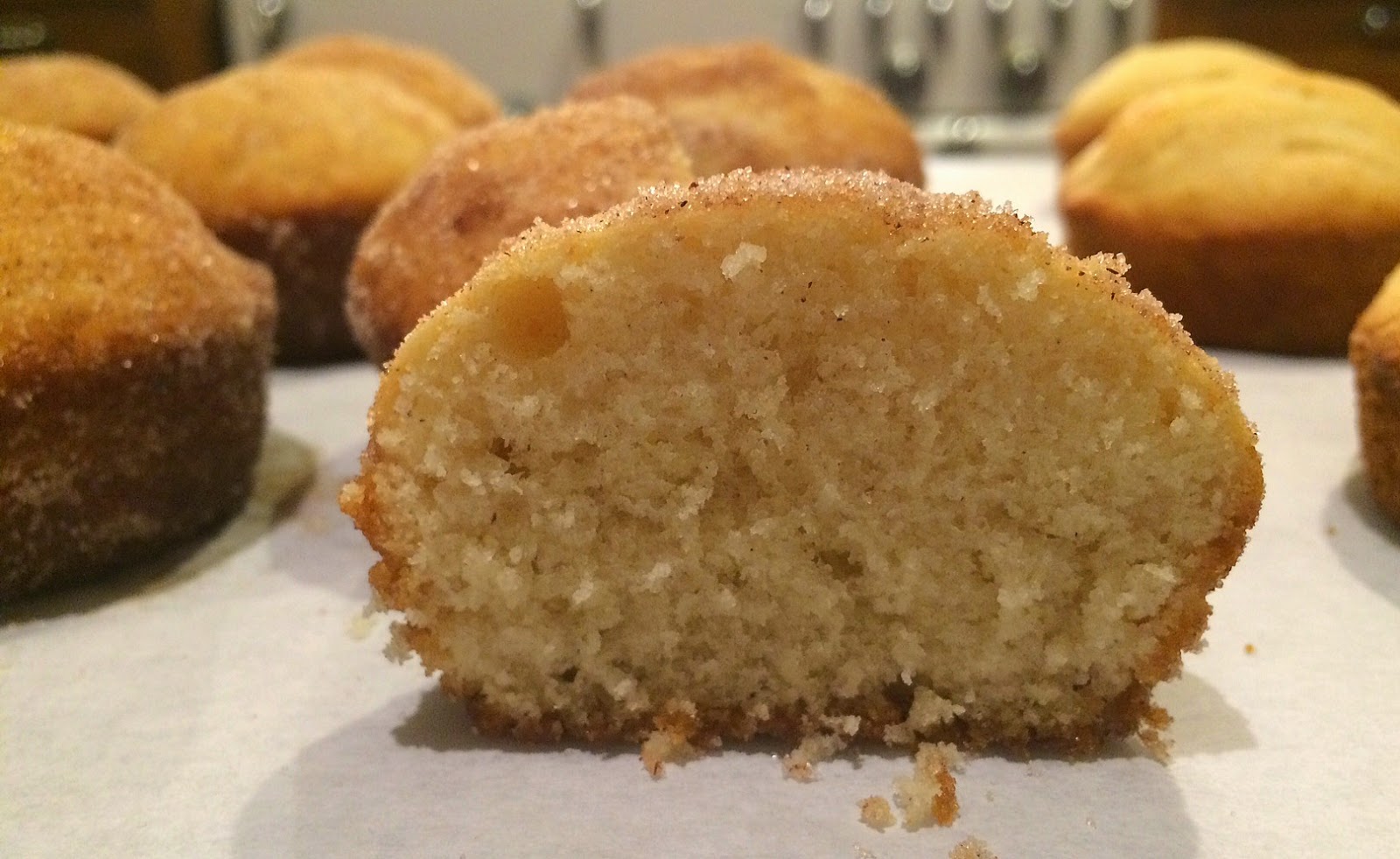 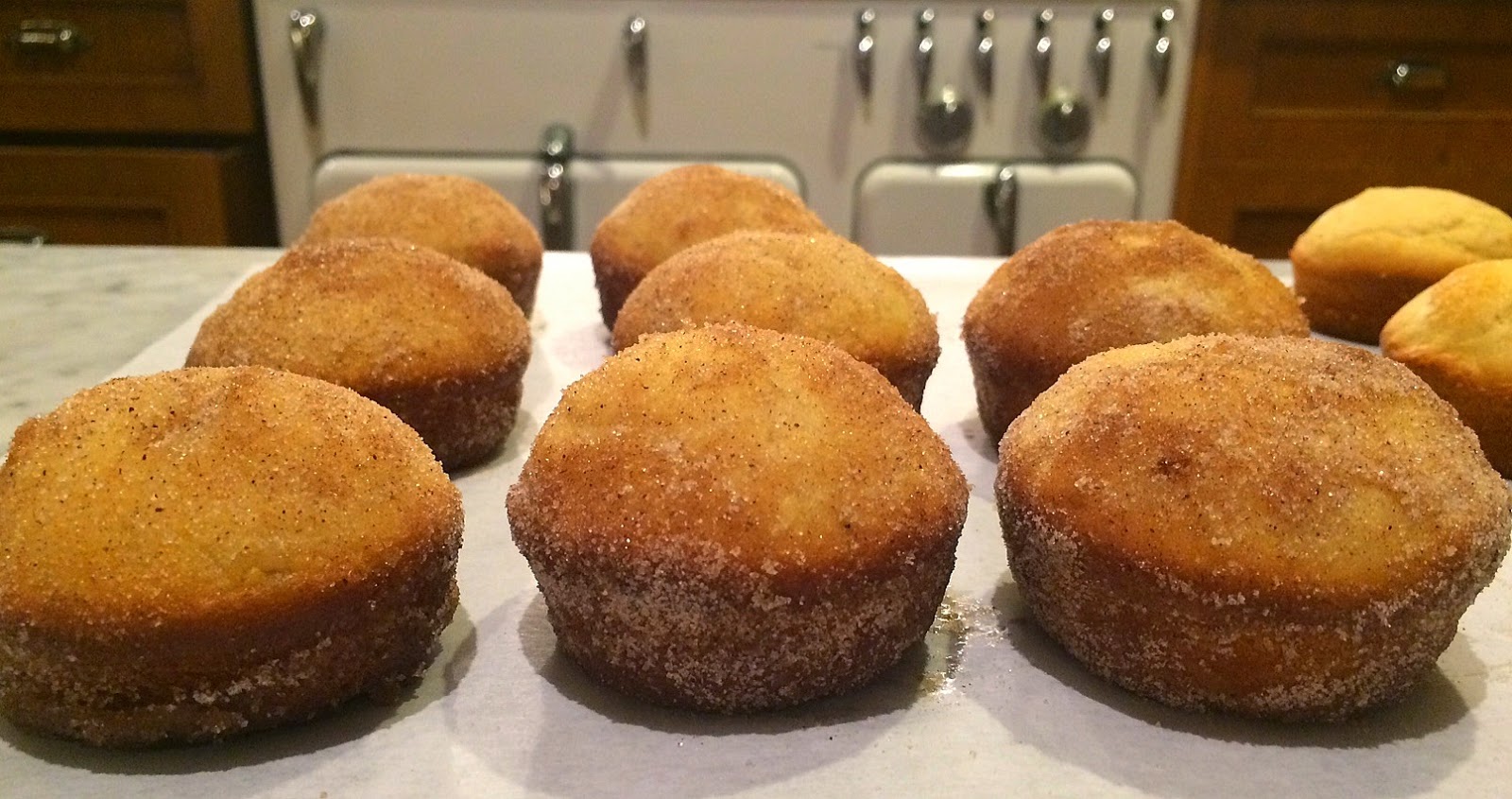 Production notes: I followed the recipe exactly, but used butter instead of soft shortening, and 1 percent rather than whole milk, because that's what I had on hand. When alternately adding the flour and milk, start and end with the flour. As you can see in the photos, this did not make enough batter to fill all 12 muffin tins -- only 11. And perhaps I saturated the muffins too well in the melted butter, because it ran out after I completed the eighth muffin!  So if you want to make 12 muffins, fill the tins about half (not 2/3) full and melt about three extra tablespoons of butter for the final coating. 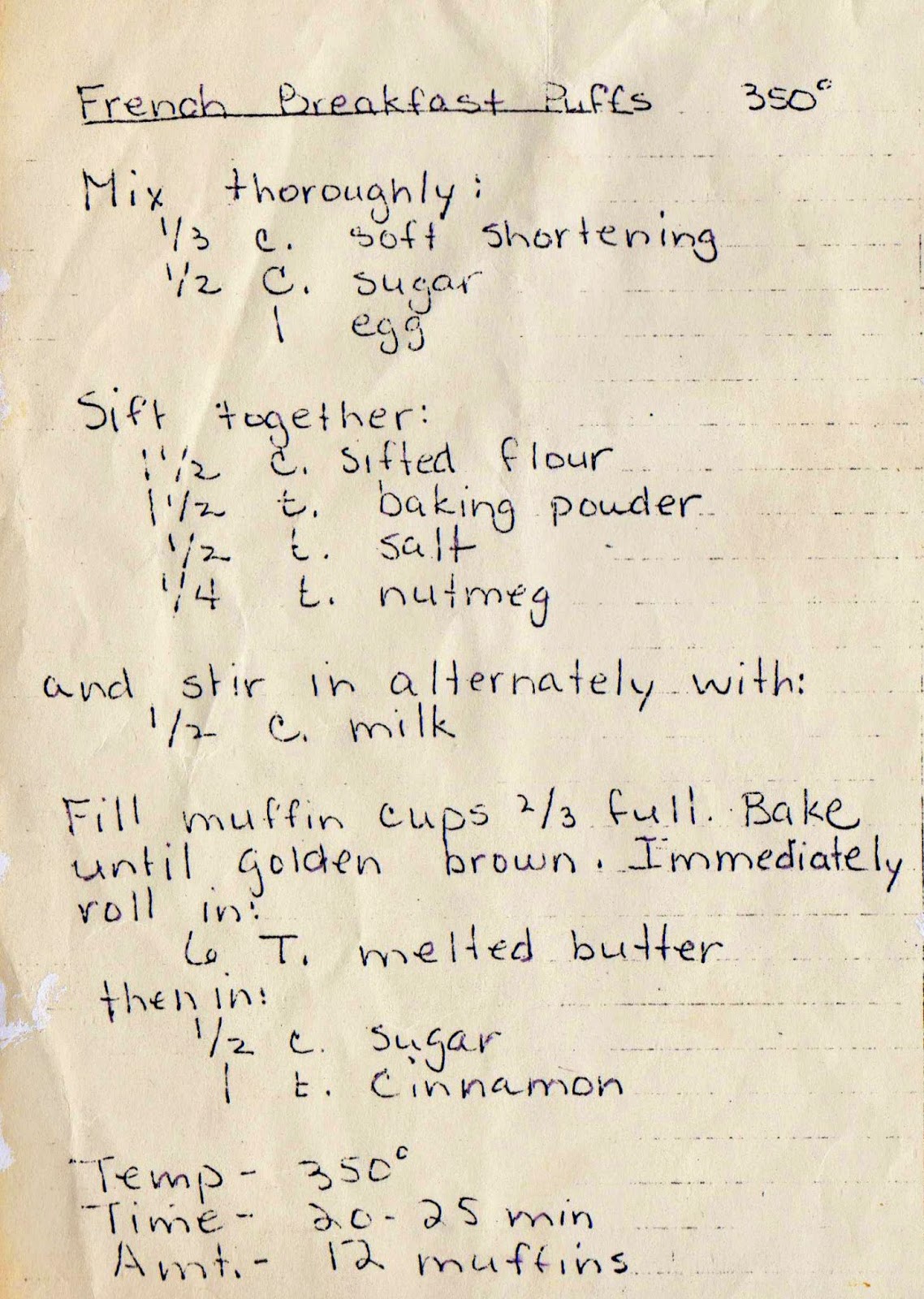