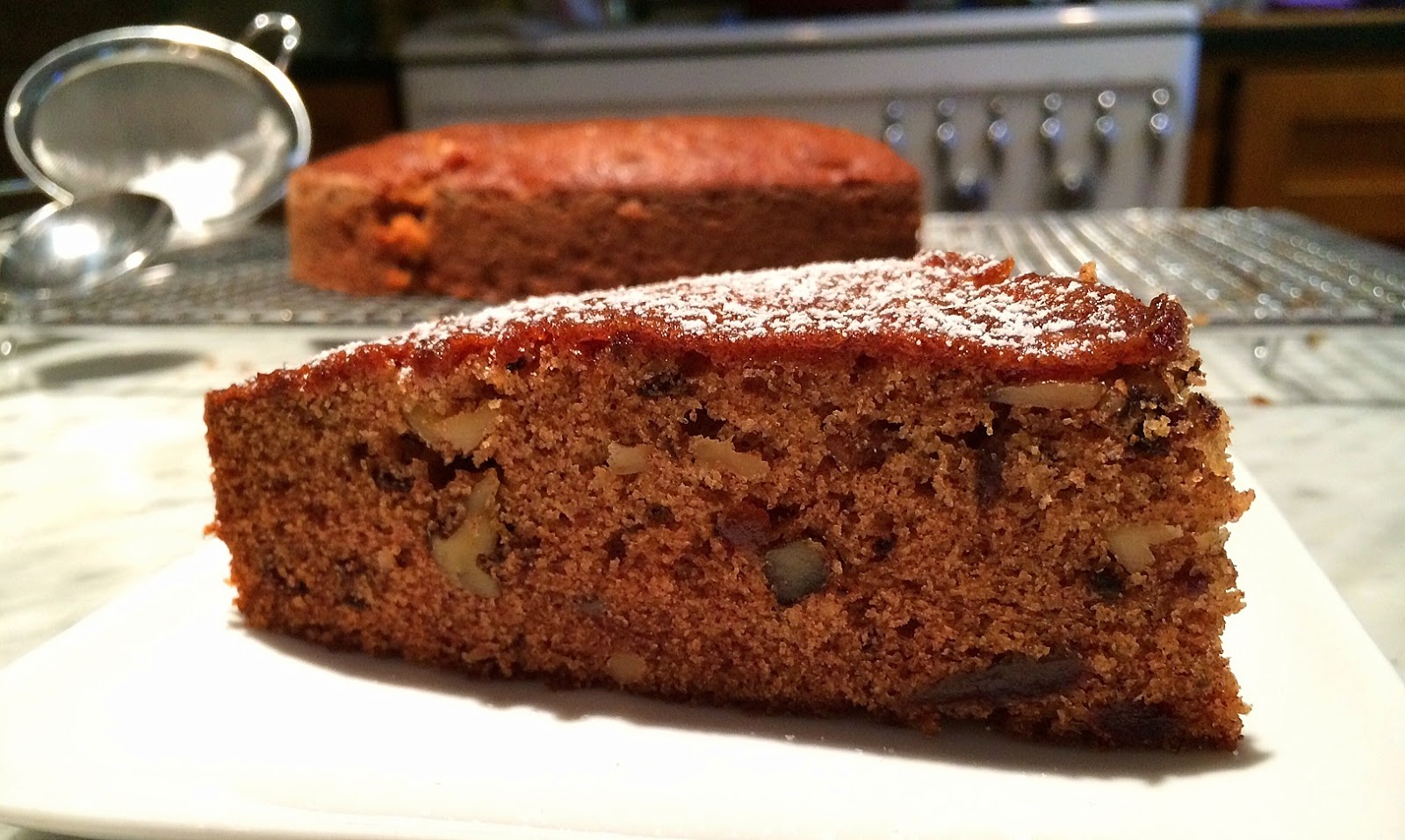 Last week, when I COULD NOT stop eating some delicious dried dates, I needed to take emergency action before I consumed the entire pound in one sitting. The solution was to bake these beauties into a wonderful date cake, a moist and yummy confection that's as good three days after it's baked as it is fresh from the oven.

Recipes featuring dates were extremely popular in the early to mid-20th century, when the vintage recipe card I used was probably written. Dried dates -- available year-round when most fruits were out of season up north -- added sweetness and moisture to all manner of baked goods. 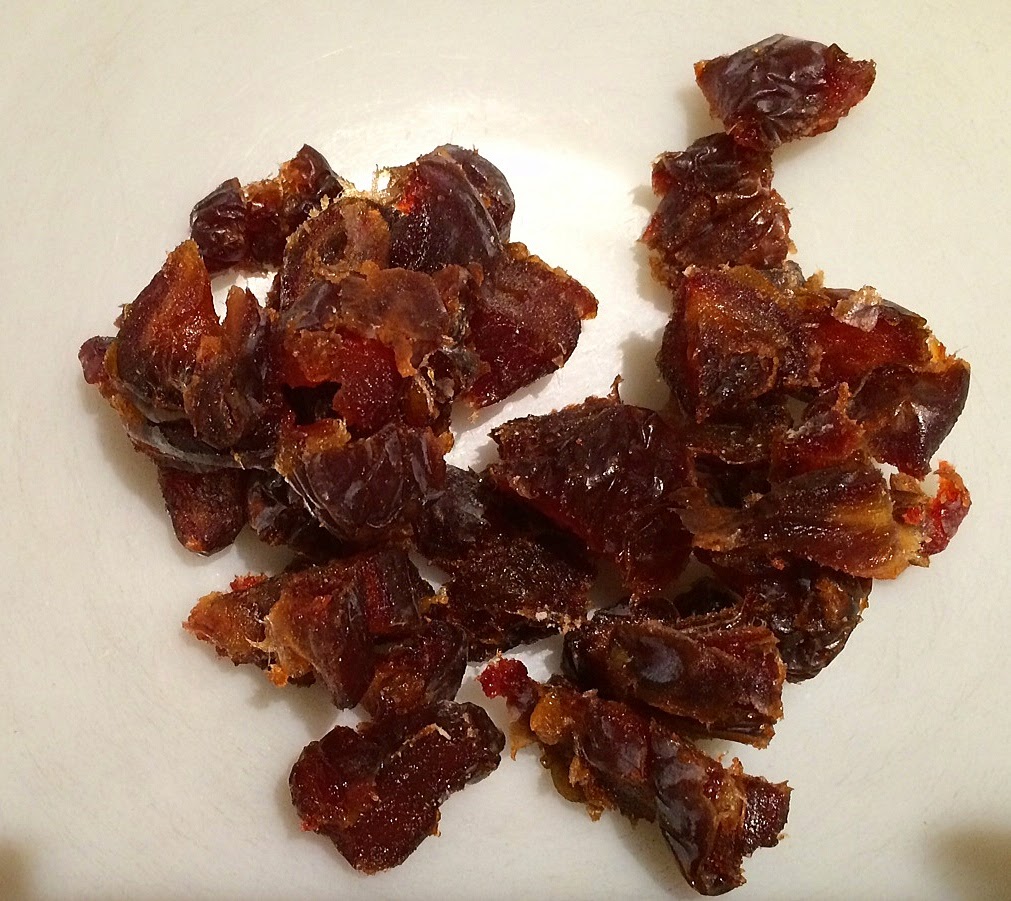 I did not follow the confusing instructions (which I later figured out called for beating the butter, adding the sugar and THEN the egg) but simply mixing them all at once worked fine. 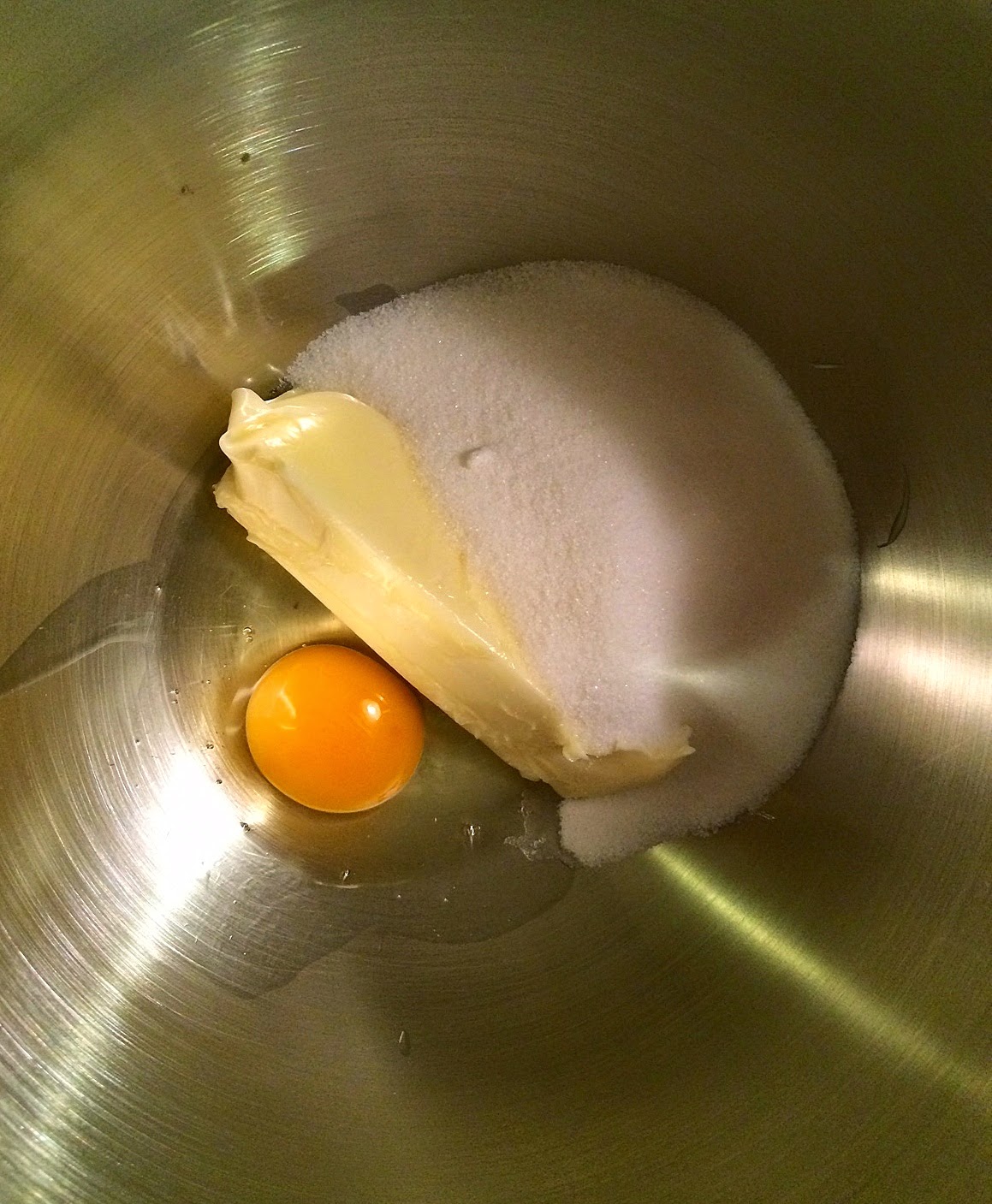 Spoon the batter into a greased and floured pan. I used a round pan, but this cake would be better in a square pan. 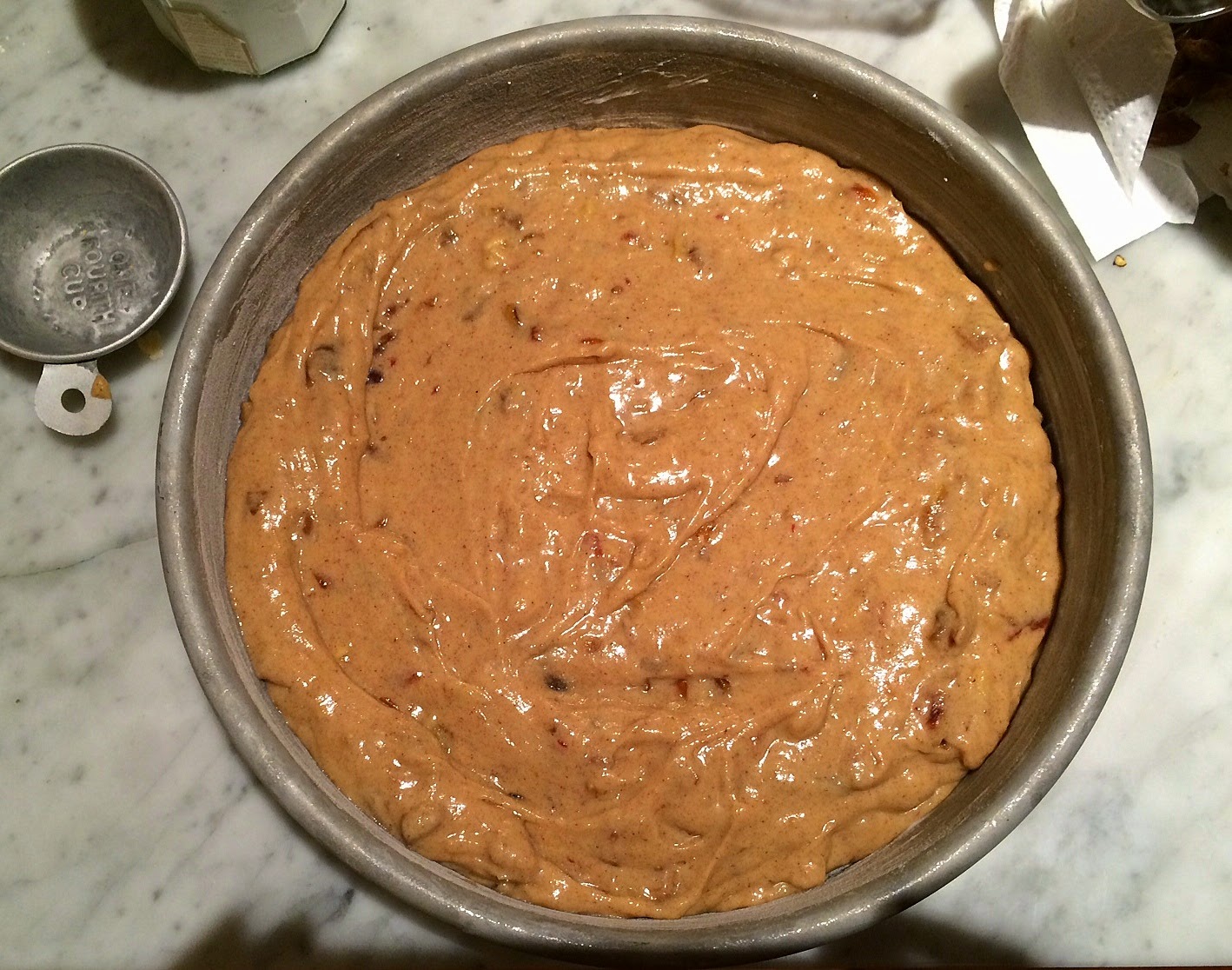 Bake until a toothpick comes out clean. The edges of the cake will separate from the sides. Let it cool in the pan for about ten to 15 minutes... 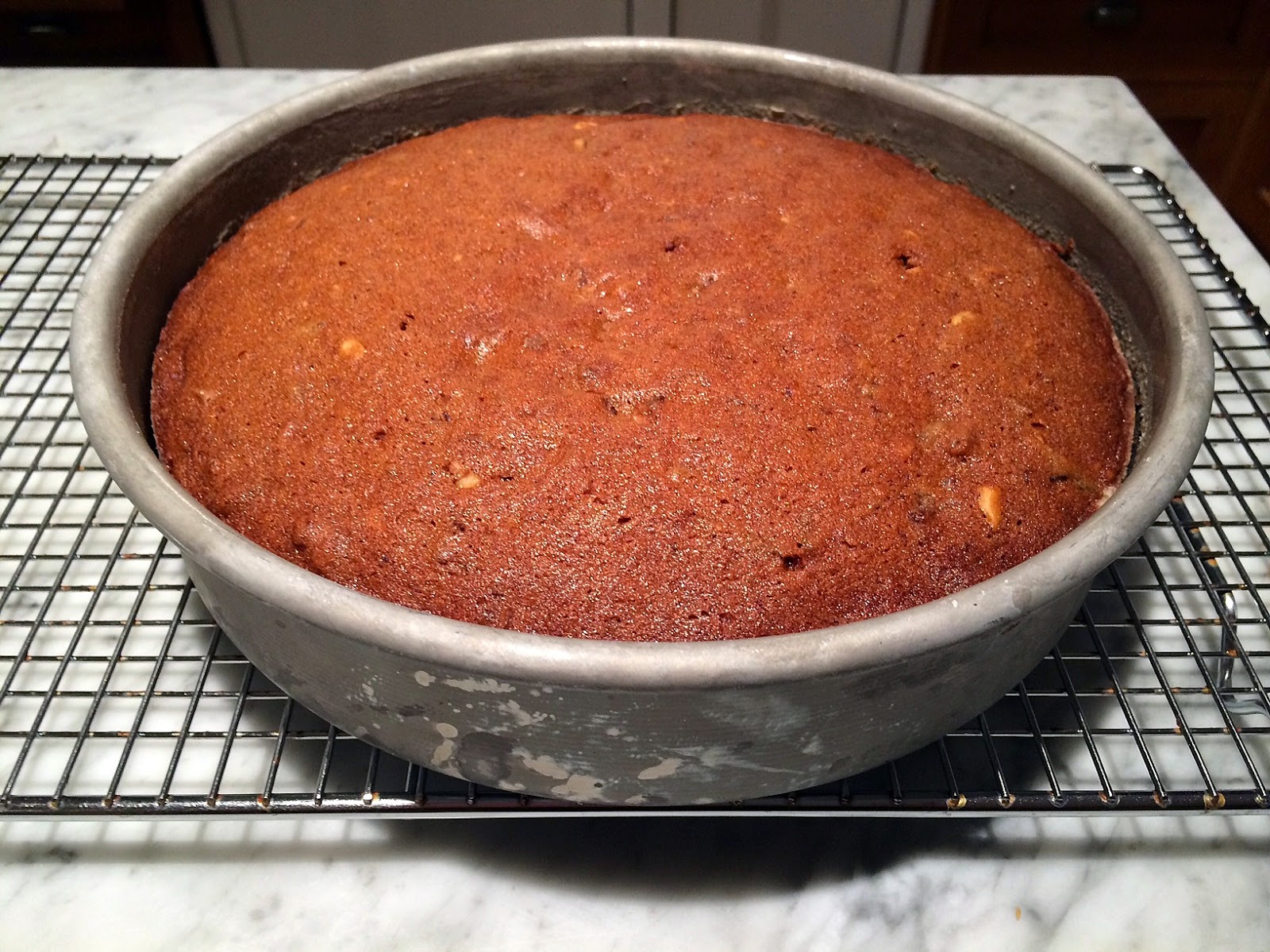 before turning it out to cool completely. 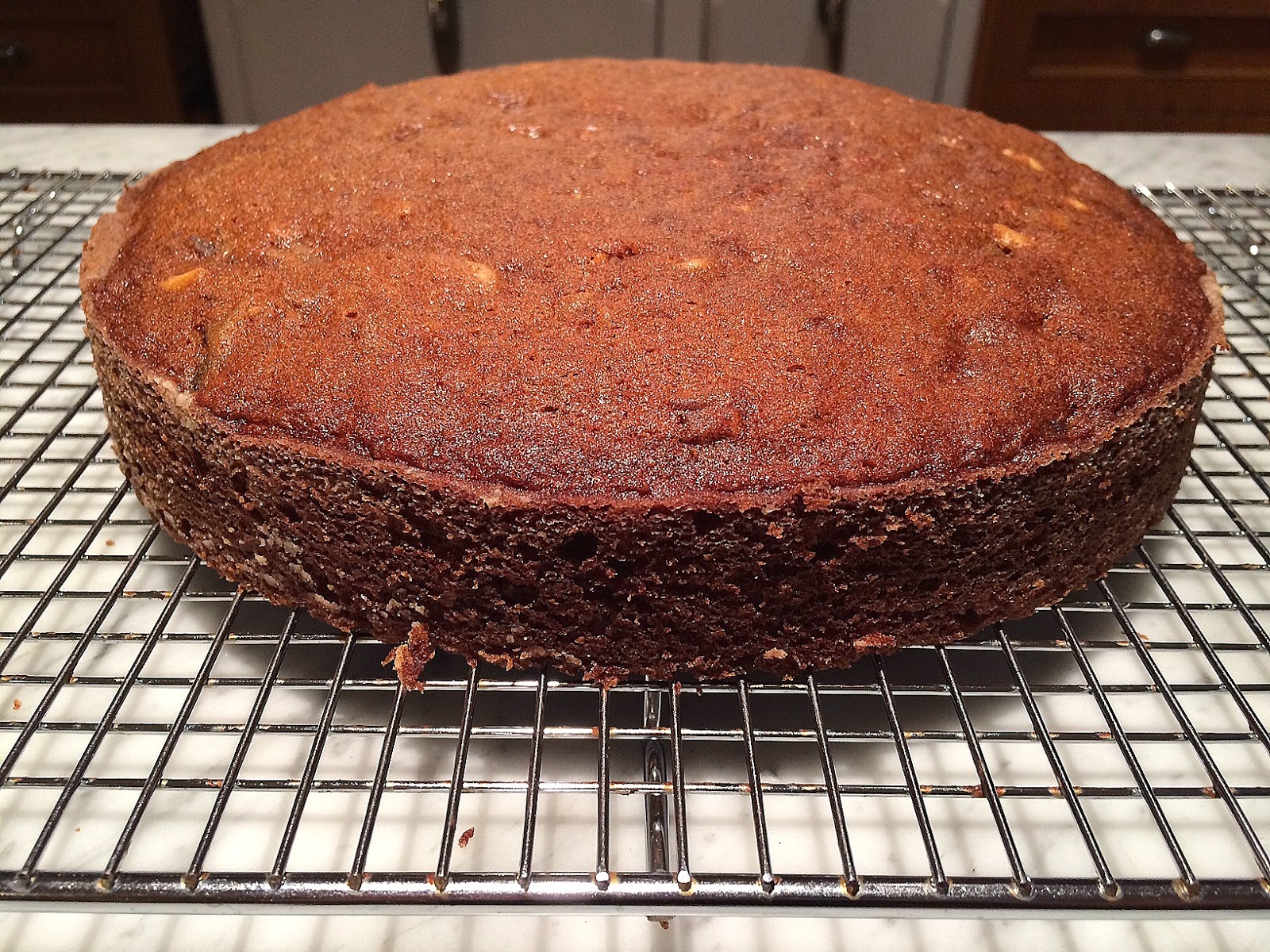 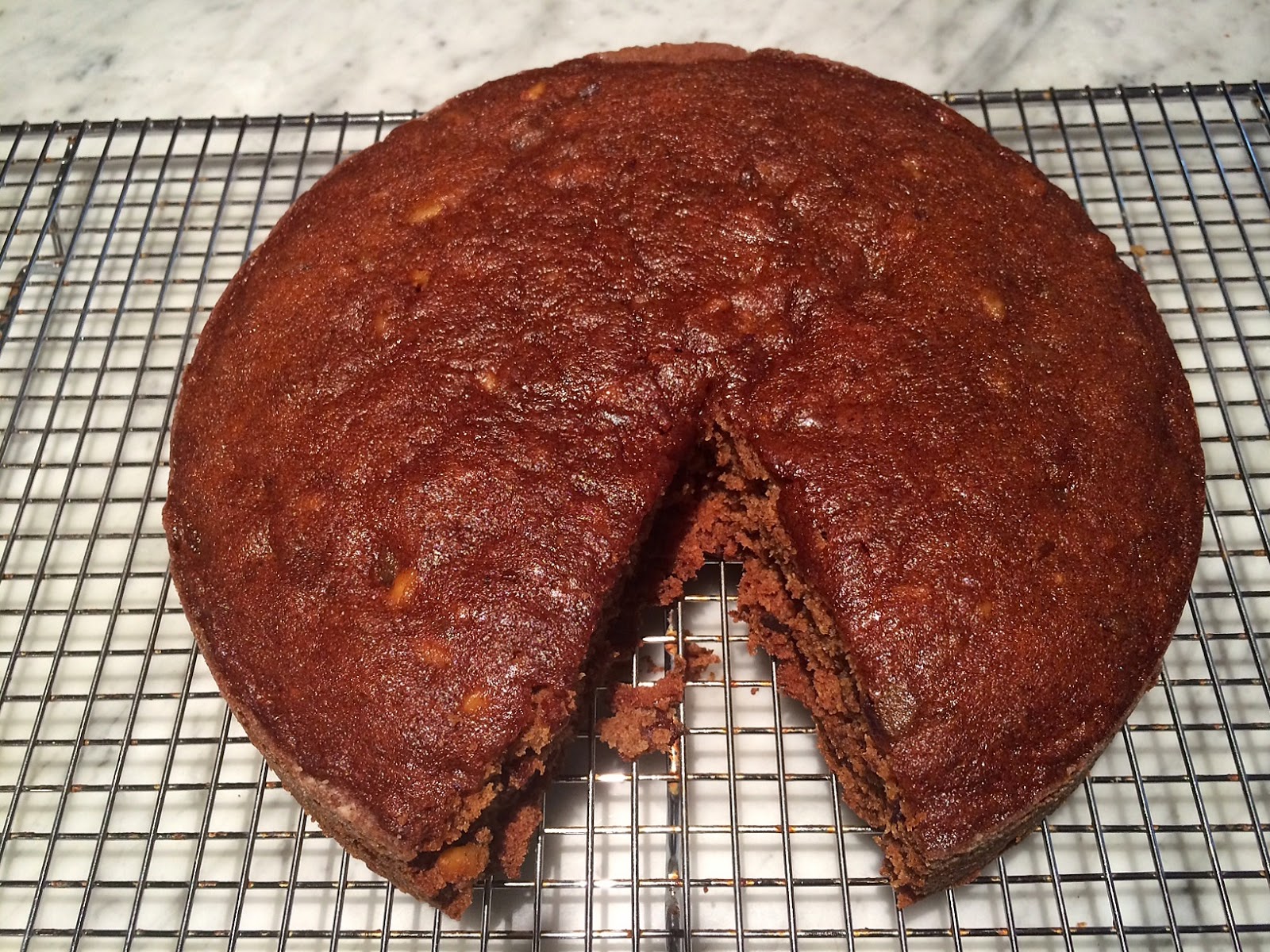 Because the instructions on the original recipe card are literally all over the place, I rewrote it for easy baking.

Grease and flour an 8 x 8 inch square or 9-inch round pan. (Square pan is best.)


Production notes: Do not add the nuts to the first mixture, which is covered with boiling water. That would make them too soft. I've also found that non-pitted dates are moister, so I use those, but the pitted ones would also be fine, especially because they are softened by the boiling water. 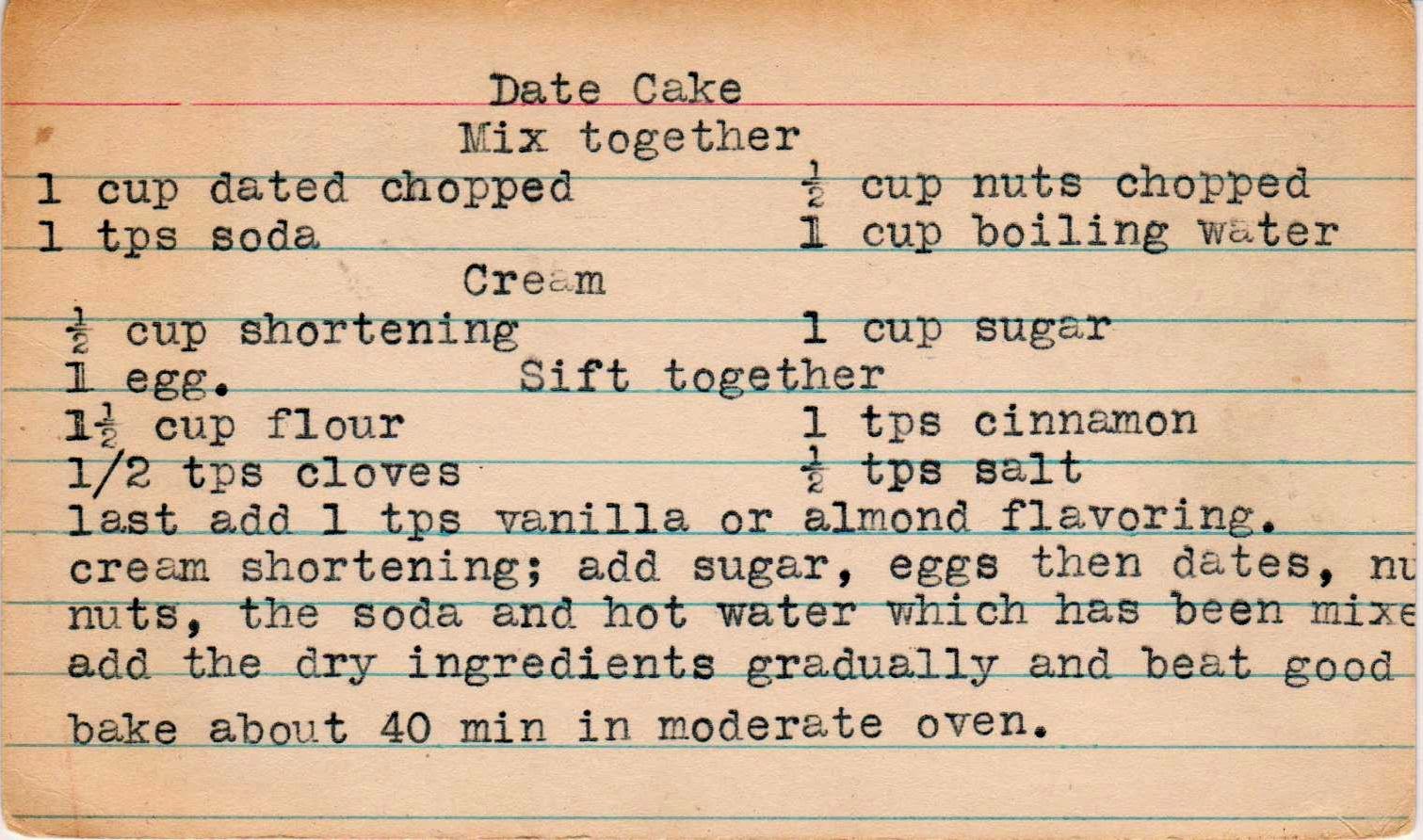