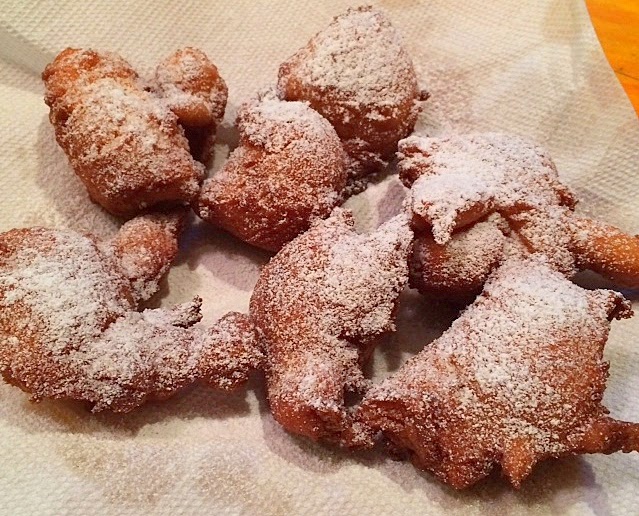 I thought the bad luck of Friday the 13th -- trapped in the subway for an hour and then my oven burst into flames when I finally got home -- was behind me.  But no such luck.  See example A, above.  These are supposed to be doughnuts.  The round ones, with holes in the center.

I made these on Father's Day when the chocolate cake that was supposed to be our dessert didn't arrive. The DS's girlfriend, who is a fantastic cook and baker, had her own kitchen disaster in the form of a failed cake.  A work colleague is blaming Mercury being in retrograde for all manner of things going wrong.  And I do think he's right.

Having said all this, these doughnuts tasted pretty good.  Just say they're zeppoles or beignets when you serve them, and no one will be the wiser.

This was my first attempt at doughnuts. Homemade doughnuts are such a thing of the past, that I figured vintage recipes (this one is probably from the 1930s or so) would be perfect.  But no.

I thought the hard part would be the deep frying, but instead it was the batter.  It was easy to put together, but because of my lack of experience (and common sense), I didn't realize that it wasn't stiff enough to roll out and cut into doughnut shapes.  It needed more flour to achieve the right consistency. 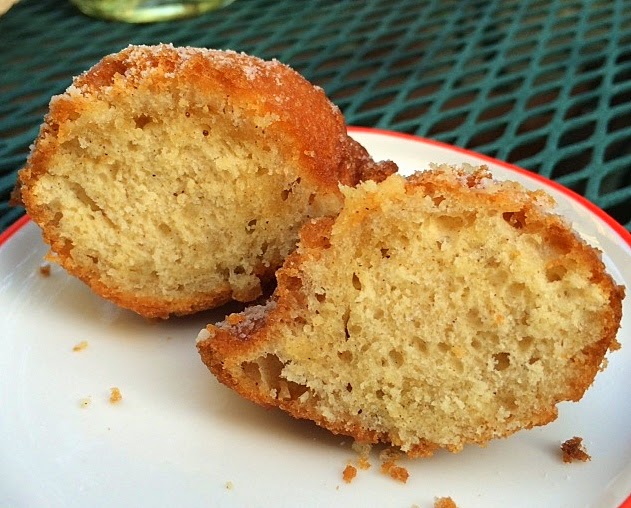 The dry ingredients: flour, salt, cinnamon, nutmeg and baking powder. These are cake (not raised or yeast doughnuts) so they can be made quickly, i.e., no rising time. 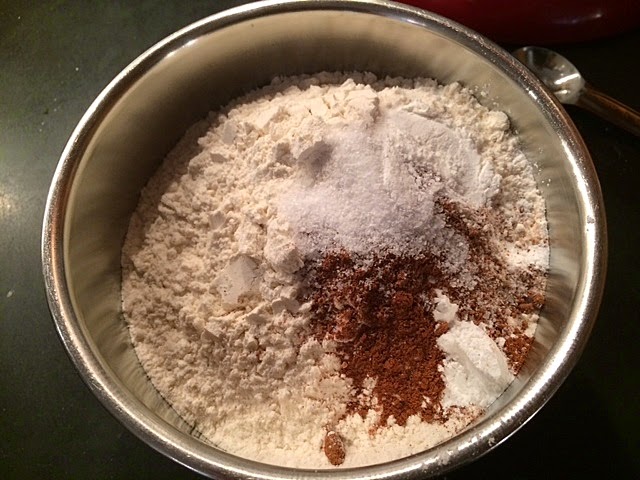 Eggs, sugar and butter are mixed together, and the dry ingredients are added to this mixture, alternately with a cup of milk. 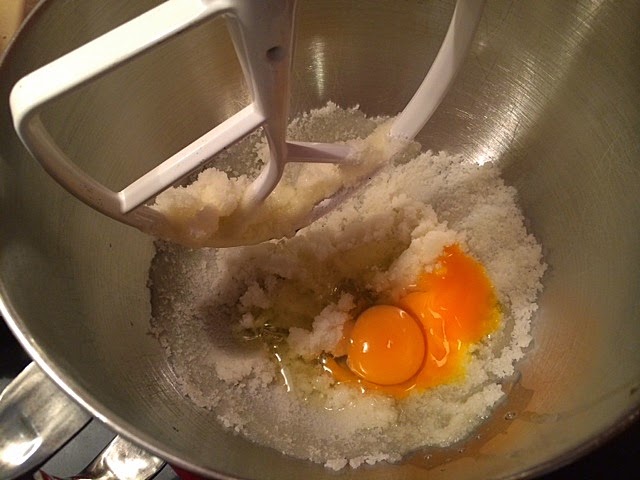 The too-soft batter. I should have added more flour at this point. 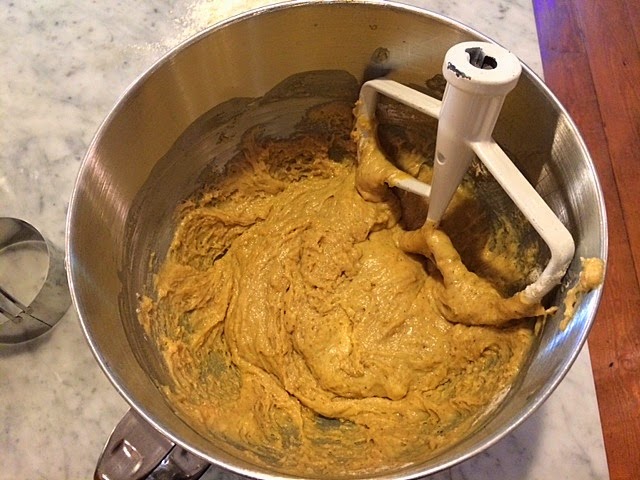 I tried to add flour here, but it was too late. 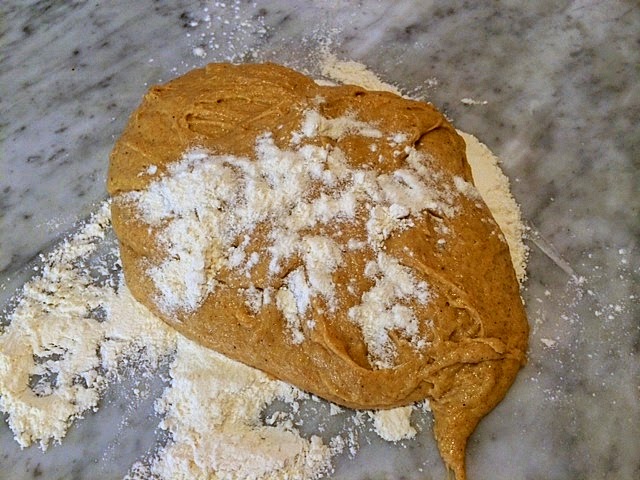 When I was unable to cut out the doughnut shapes, I just used two spoons to drop the batter into the hot oil. 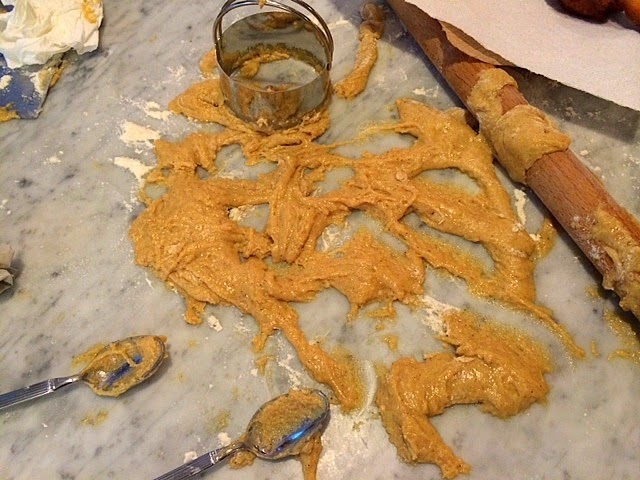 Frying these was actually kind of fun.  Because these don't have the holes, they need to fry a bit longer.  The first batches I made were perfectly cooked inside; subsequent batches (I realized after passing a plate over the garden wall to my neighbors) may not have been cooked through.  I happen to love raw batter, but it may not be to everyone's taste. 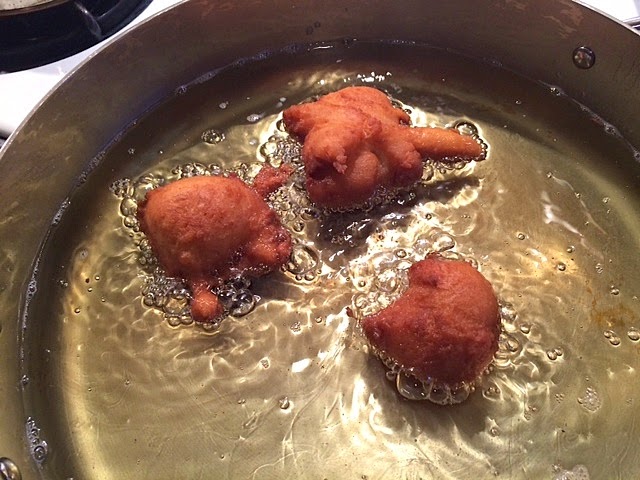 When they were done, I drained them on paper towels and covered them with powdered sugar. (I also strained the oil through cheesecloth to reuse for my next cake frying attempt.)

Production notes: Add enough flour to make a dough stiff enough to roll out!  These are not very spicy (as the vintage recipe card says). 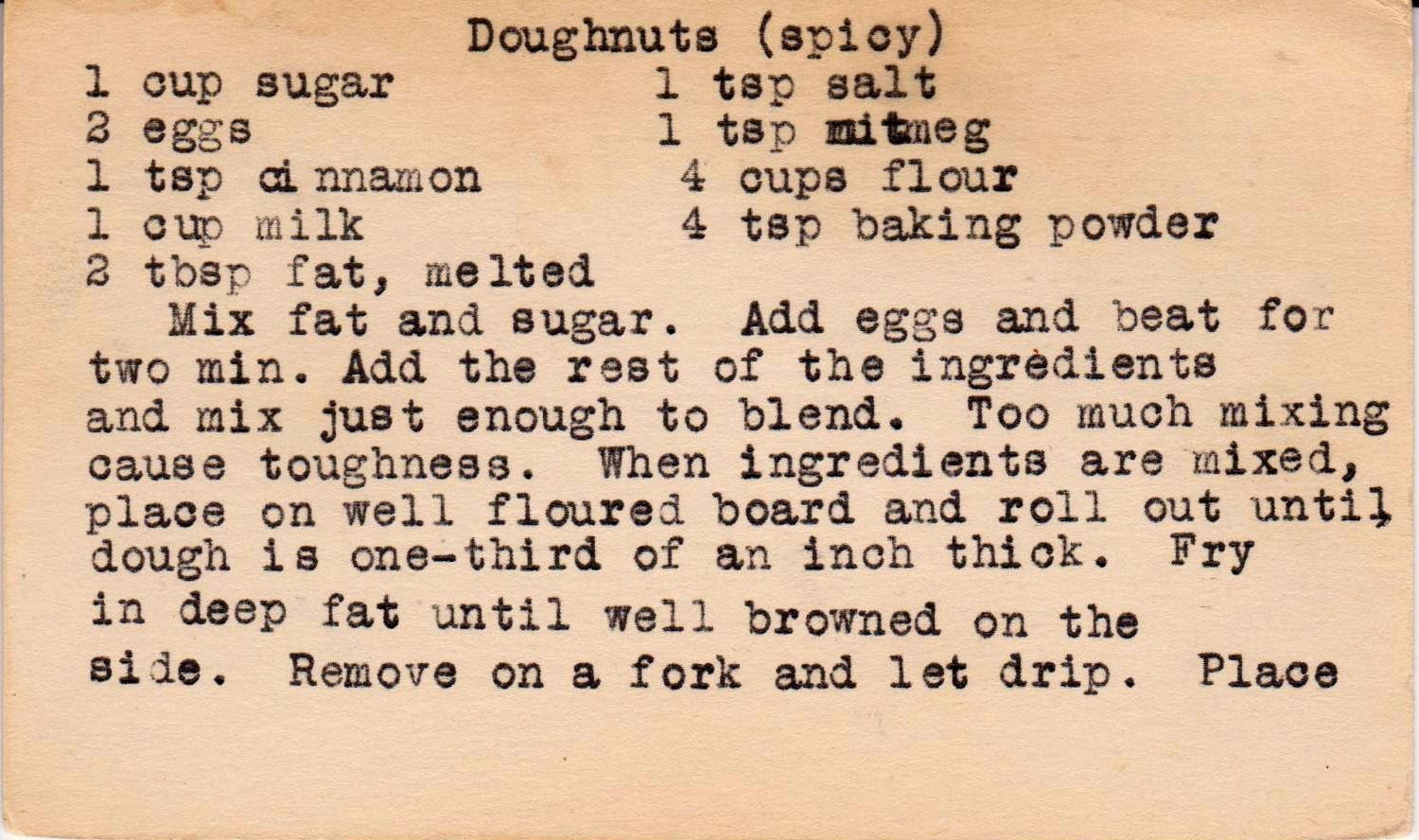 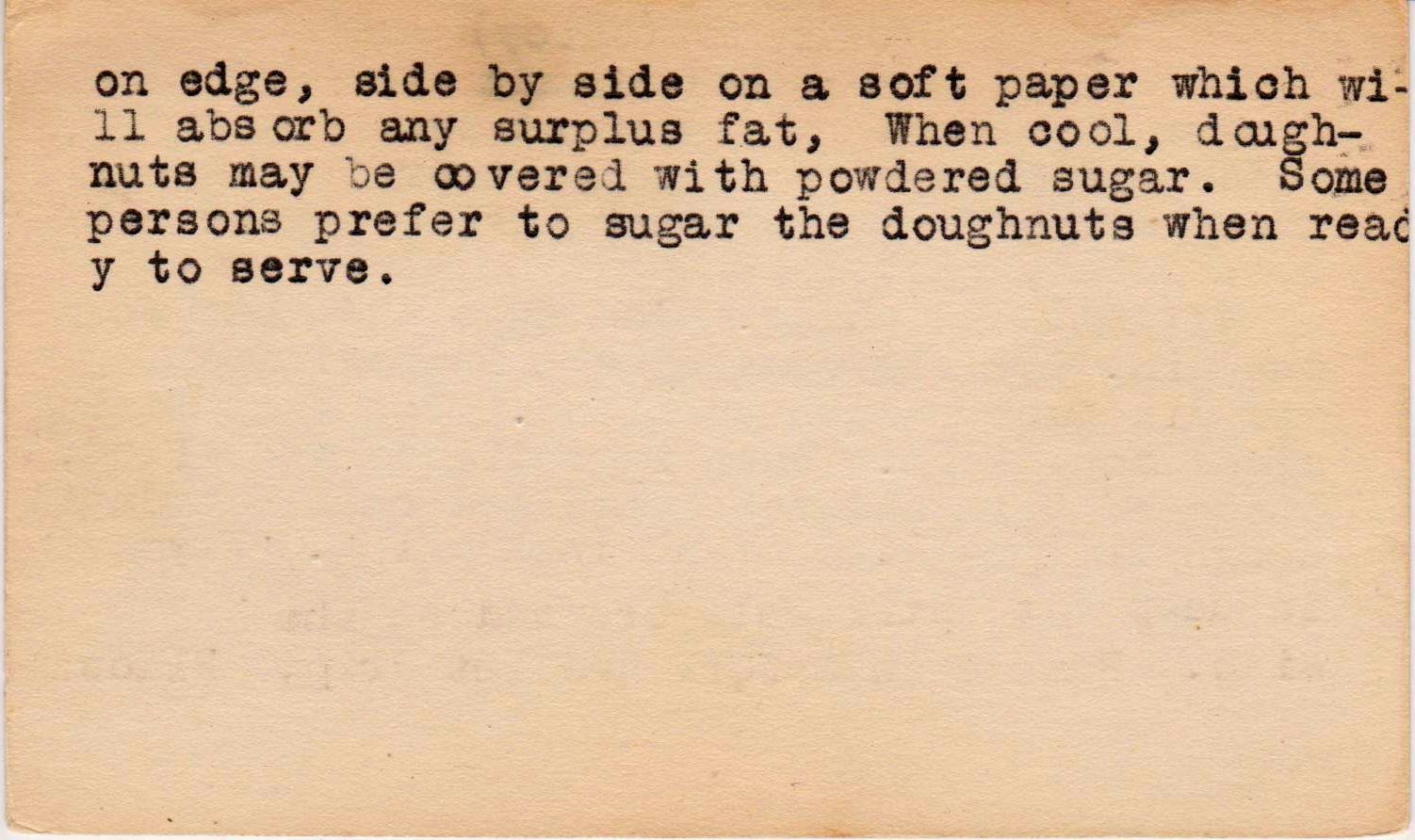