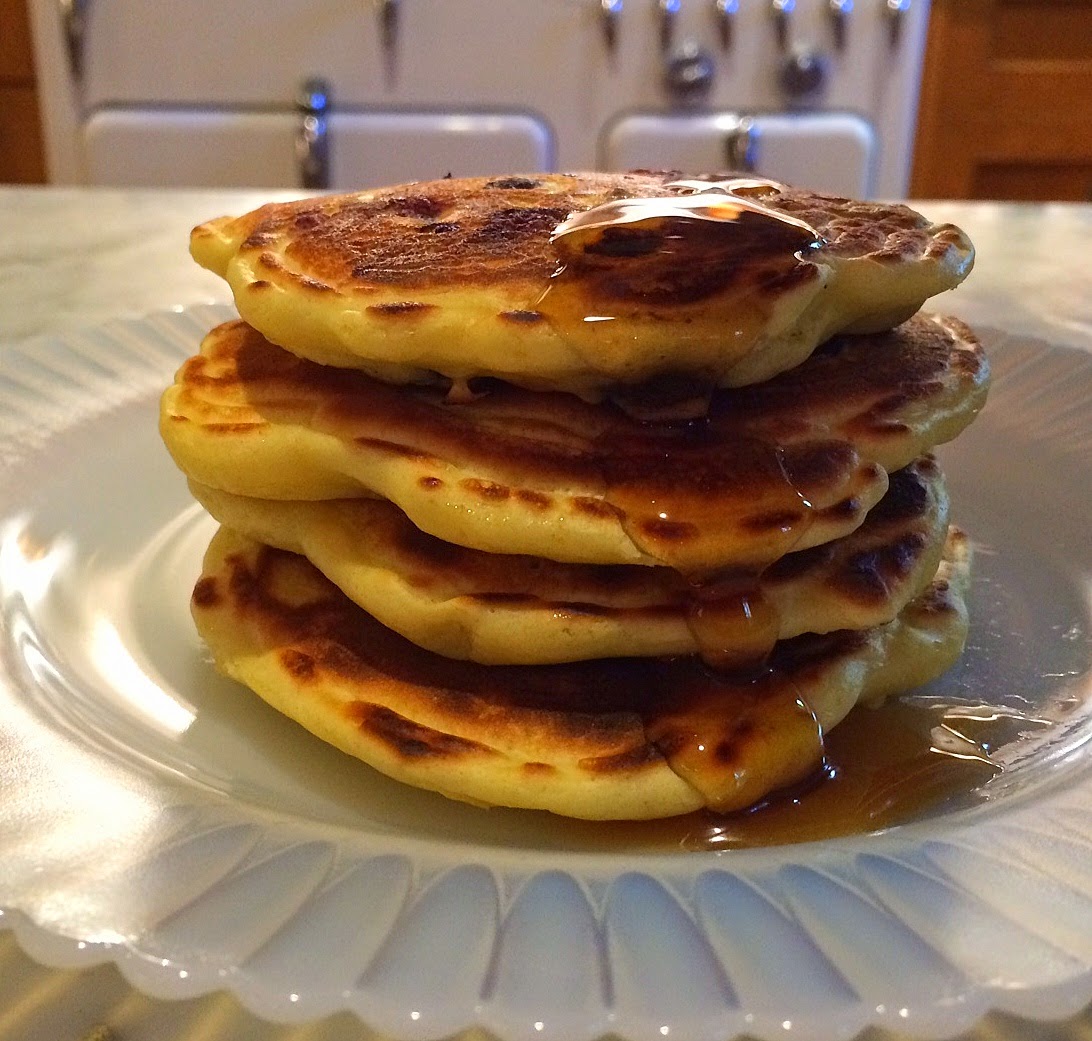 I was looking for a breakfast treat to make the DH for Father's Day this morning and quickly settled on this c. 1935 recipe for country griddle cakes, mostly because I had all the ingredients at hand.

What a great choice! These are very easy, and quite delicious, especially if you throw in a handful or two of blueberries.  They also contain NO sugar, and very little fat, so they're practically a health food. 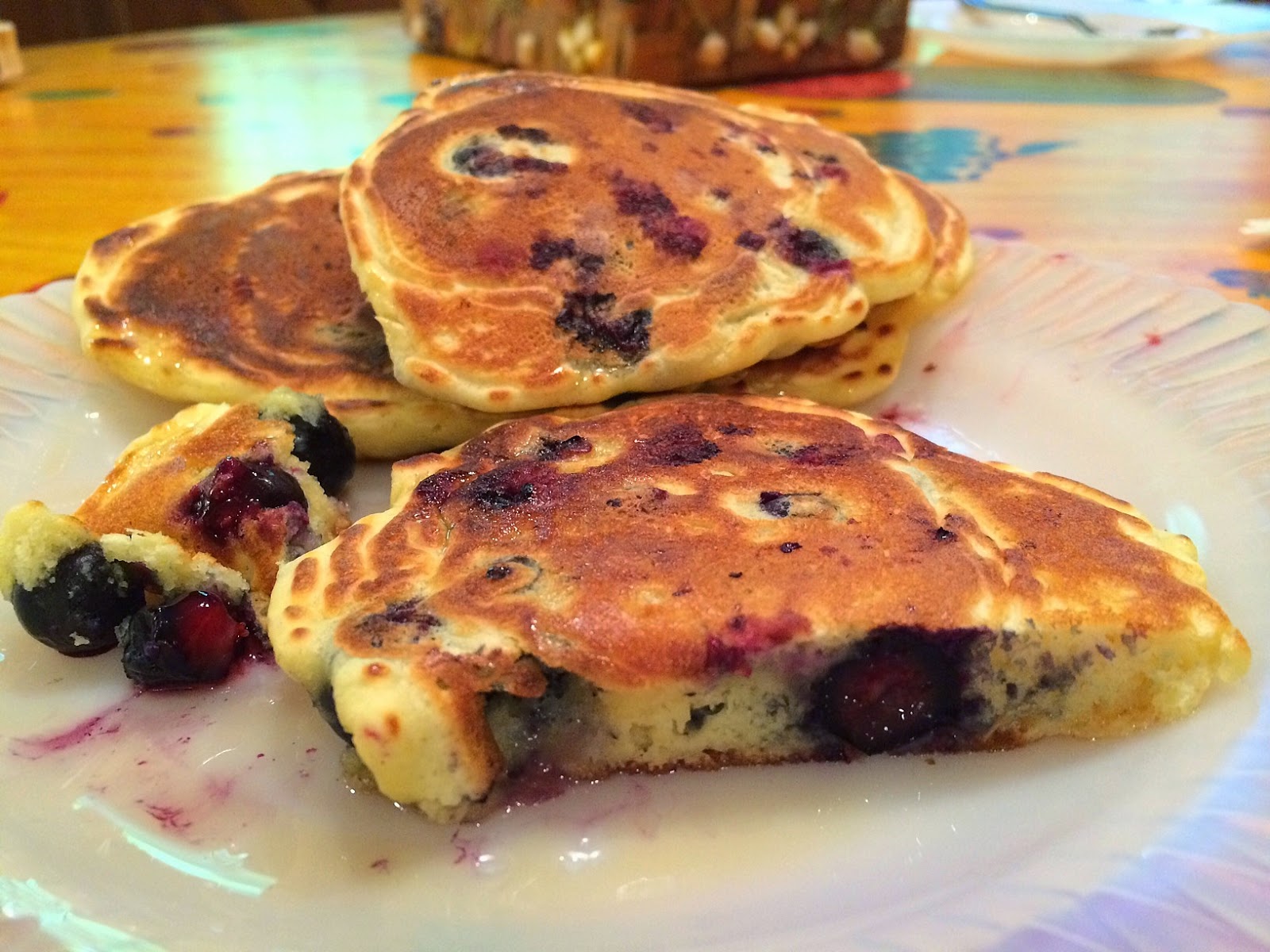 The batter is made with flour, baking powder, salt, milk, butter and an egg.  That's it.  If you have blueberries on hand, just toss them in at the end. 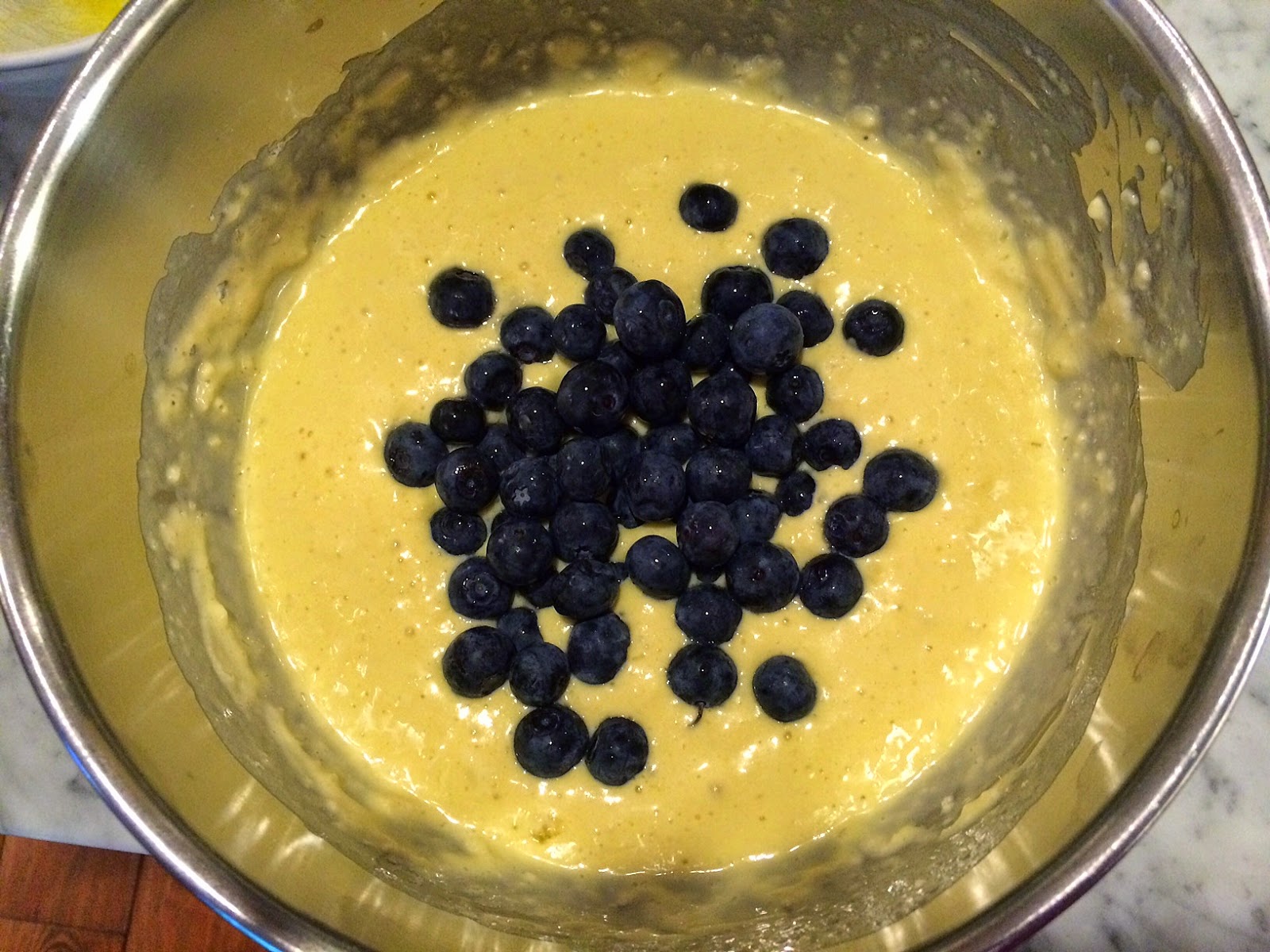 It's better to cook these in a low-sided skillet, but I apparently don't have one. They cooked fine in this deeper pan. 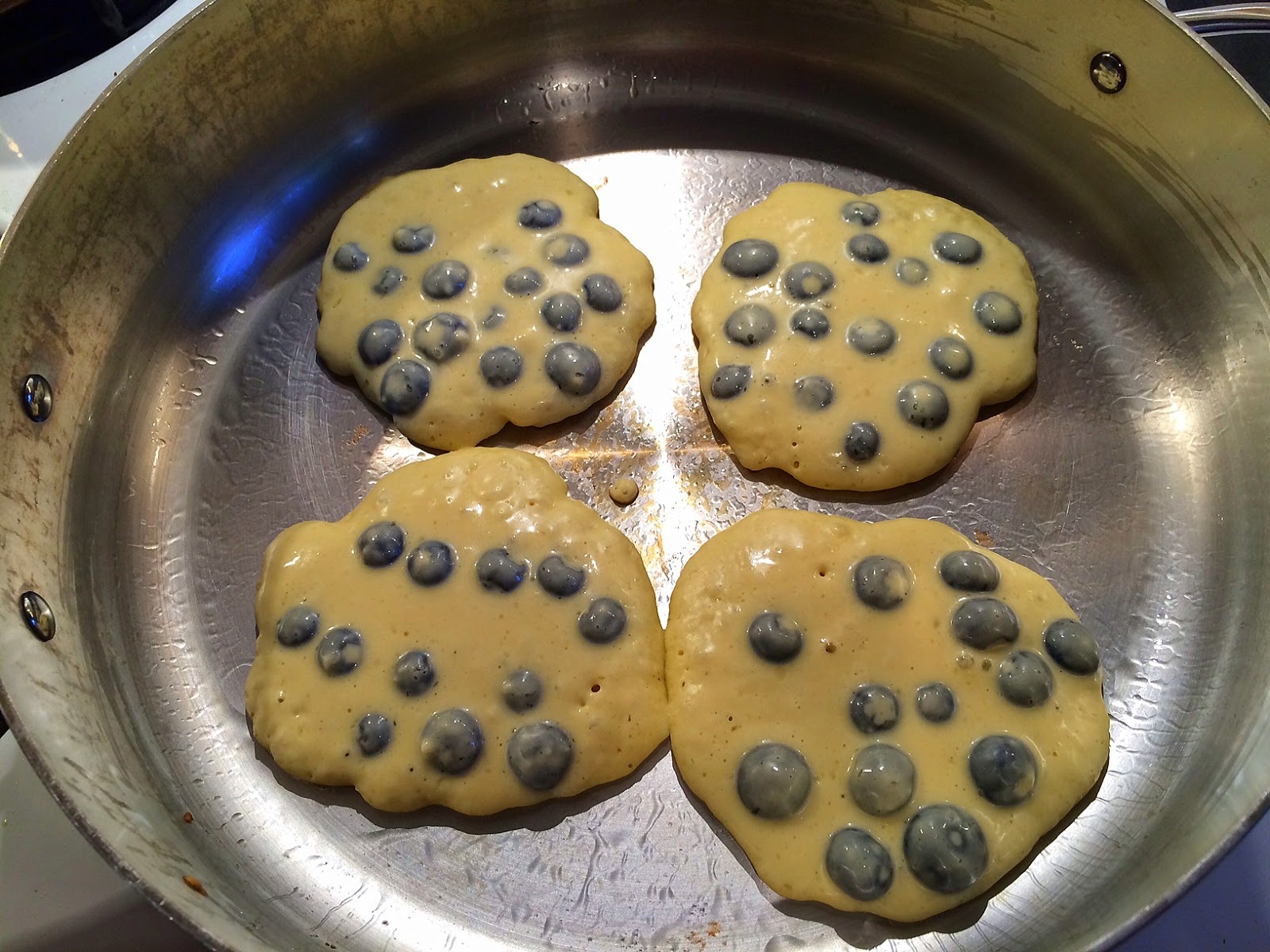 Production notes:  I followed this exactly, but used a bit more butter than called for, and I did use an egg. I did not beat the batter well, as called for, because this often results in a tough pancake. 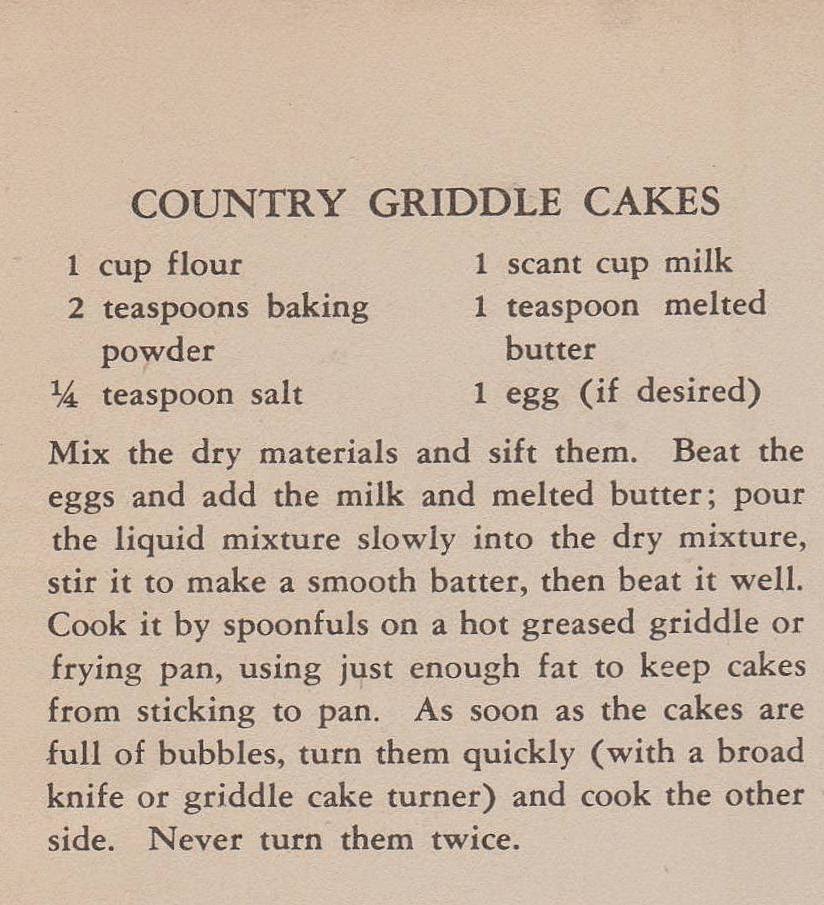 The recipe is from this pamphlet, a gift from my friend Kit many years ago. The family was best known for its blended whiskey, which sold in 1933 for just $1 a pint! 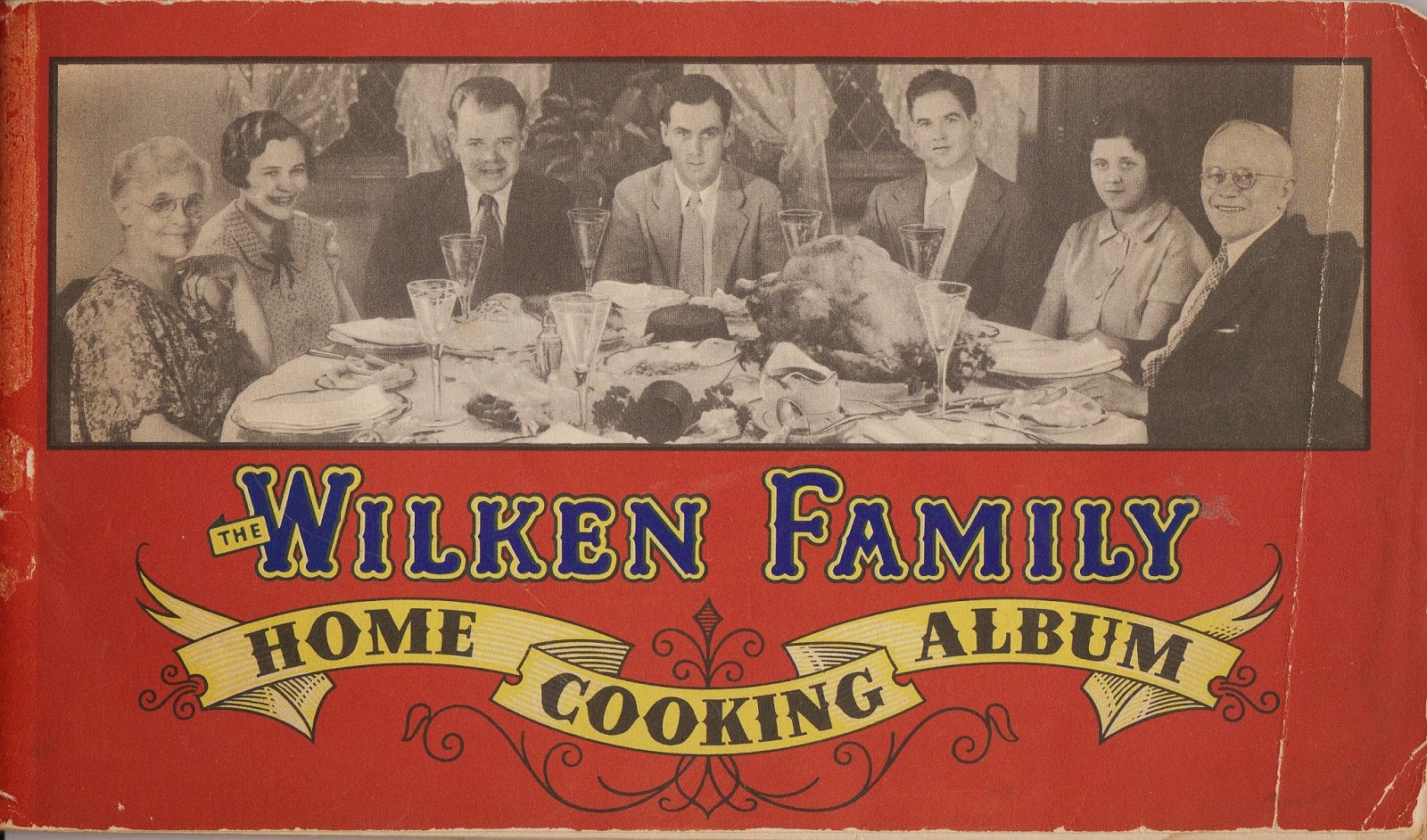