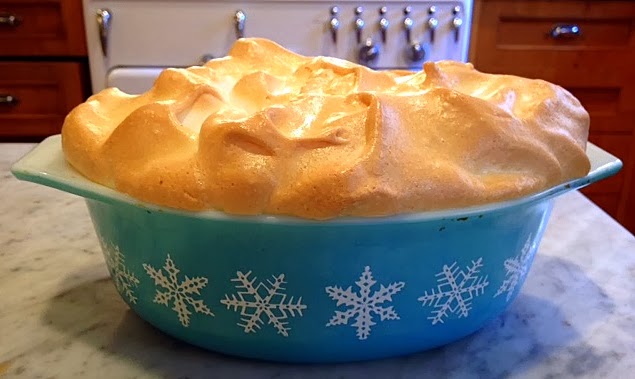 Many years ago, the DH and I ate at Mrs. Wilkes Boarding House in Savannah, Georgia, an historic southern restaurant, where diners eat at large round tables, family style, during the one seating for lunch. The table was laden with platters of delicious fried chicken, macaroni and cheese, collards, rutabaga and too many other sides to count.  Dessert was banana pudding. I bought the cookbook, signed by Mrs. Wilkes herself, and was promptly disappointed -- the banana pudding used packaged vanilla pudding as the base.  (I am not a fan of boxed anything, especially pudding which is so easy to make from scratch.)

When banana pudding made its debut in about 1902, it featured real pudding -- packaged pudding wasn't on the grocery store shelves yet.  The boxed stuff was substituted for convenience, and some folks argue that true southern banana pudding uses prepackaged pudding mix.  Whatever.  There are few tastes as delightful as homemade custard. The c. 1950 vintage recipe I found features the real deal.

Banana pudding is simply custard poured over alternate layers of bananas and wafers, topped by meringue. The custard takes on the banana flavor and the wafers soften.  This is a dessert whose sum is way more than its parts.

First order of business is to get a box of Nilla wafers and a bunch of bananas. 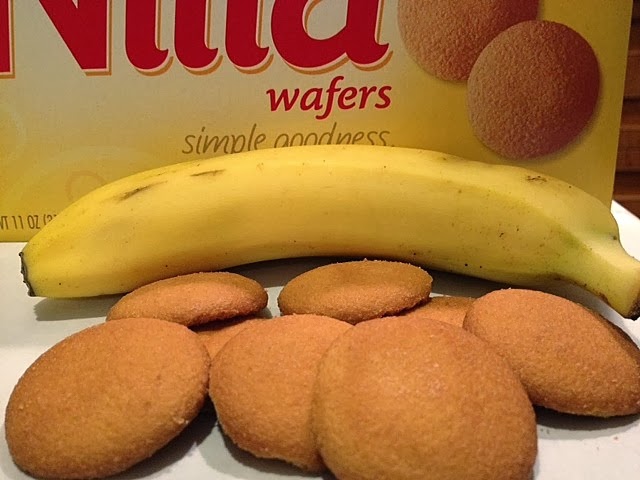 Next, make the pudding. 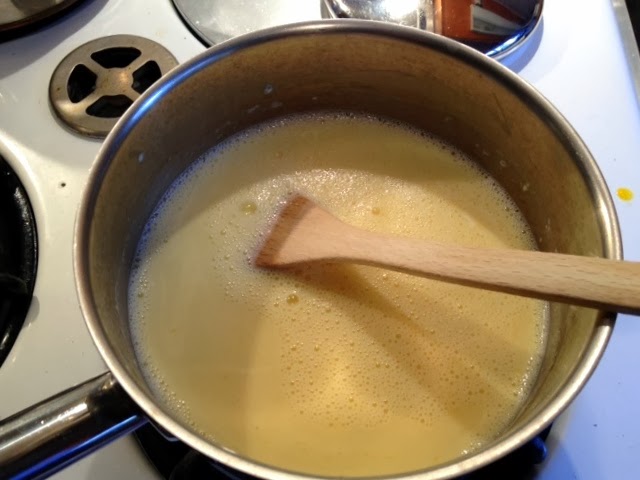 It's a little unclear how long to cook it -- "cook until thick like custard" simply wasn't descriptive enough and if I make it again, I'd cook it a bit longer.  One test is to see if the mixture "stays put" when you run your finger against the spoon. 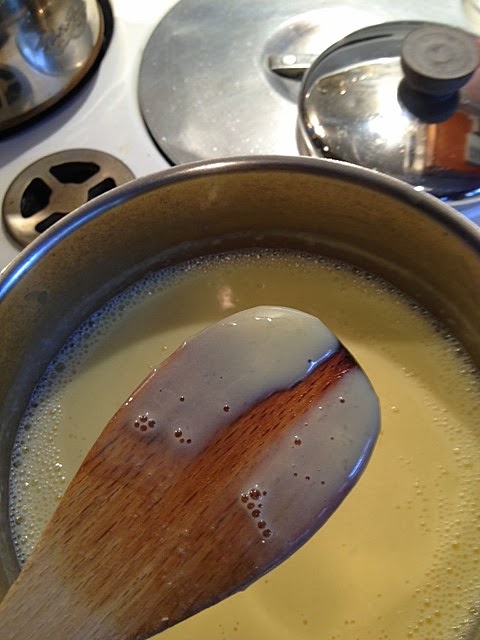 Butter a casserole dish, and layer bananas and wafers alternately.  I had friends coming over for brunch, and was rushed, I neglected to photograph the layers beyond the bottom one. 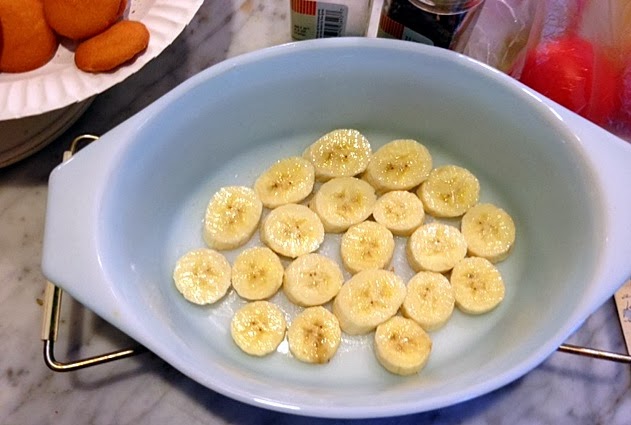 Pour the pudding over the layers and then spoon the meringue on top.  Bake until the topping is golden brown. 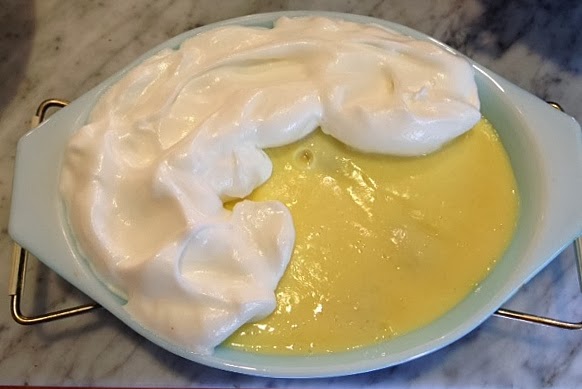 Scoop out the dessert into serving bowls.  You might garnish with a Nilla wafer. 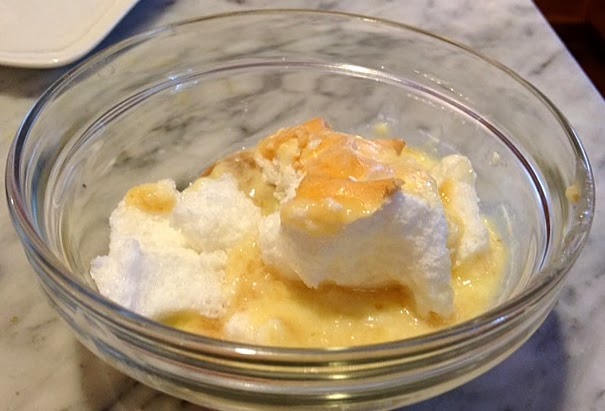 Production notes: This recipe uses a very small amount of wafers -- feel free to increase that. 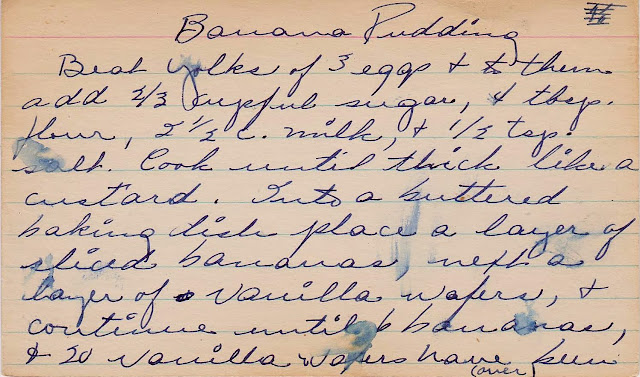 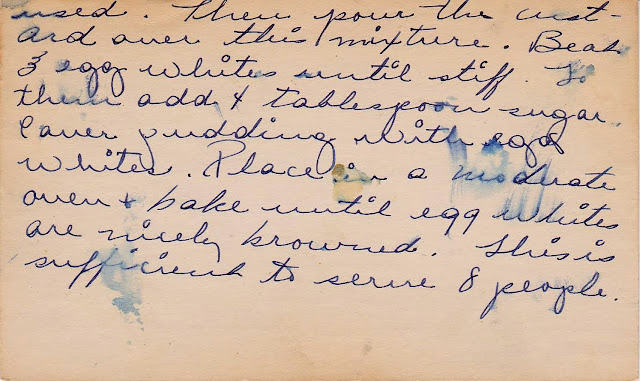 The remains of the day. 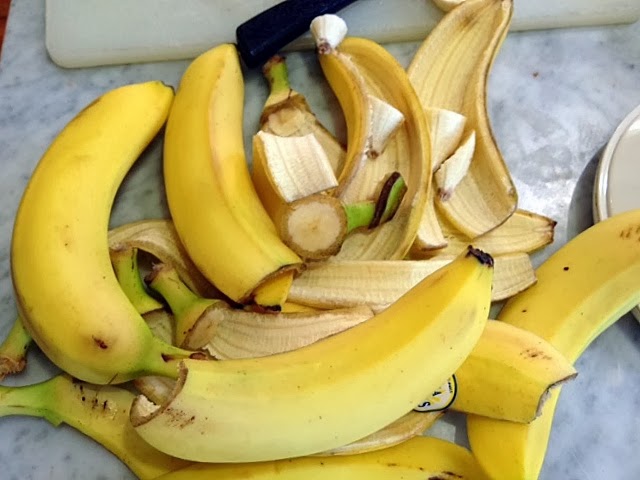