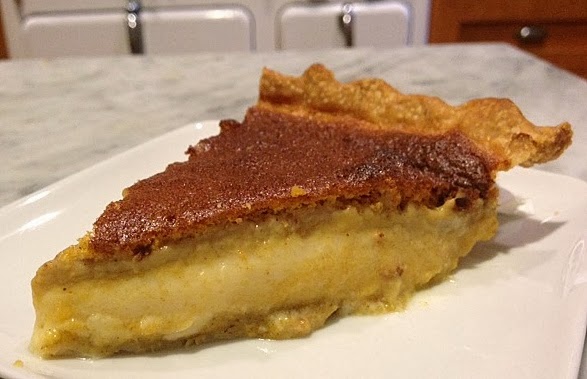 I am a pumpkin pie traditionalist* (the recipe on the can is fine by me, as long as the crust is homemade) but because so many others crave the next new thing, or something different, I present this super unusual pumpkin pie.  In fact, it's less a pumpkin pie than a custard pie beneath a thin layer of pumpkin custard and a slightly caramelized top "crust." (No one was more surprised than me when I cut into this beauty and discovered the layers.)

It's really, really good and would make a nice addition to the Thanksgiving table this year, if you aren't married to tradition (or to someone who is).

The recipe is old -- probably from around 1910 -- and appears in Mrs. Grace Osborne's Cakes of Quality, which you can read about here.  I've recently learned that Mrs. Grace Osborne didn't exist -- "she" was the creation of a married couple (Dr. and Mrs. C. Frank Porter) from Bay City, Michigan, who, along with their son, sold cookbooks ("written" by Grace) and baking supplies under that name.  (Mrs. Osborne appeared even before the other, more famous imaginary home cook, Betty Crocker, the latter making her debut in 1921.)

So, if you want to serve a pumpkin pie from a recipe more than 100 years old, start by mixing the pumpkin (canned is fine) and sugar. 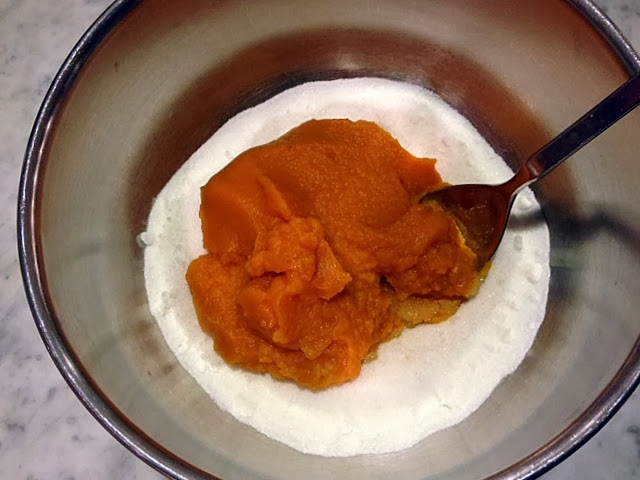 Add the pumpkin mixture to the beaten egg yolks and then add the milk and cream, followed by the whipped egg whites.  Fold those in carefully with a rubber spatula. 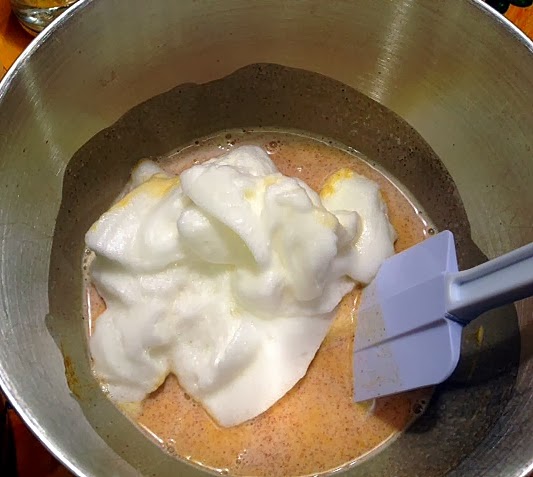 Pour the batter into an unbaked 9-inch pie crust and place in a hot oven.  The layers will magically form during baking. 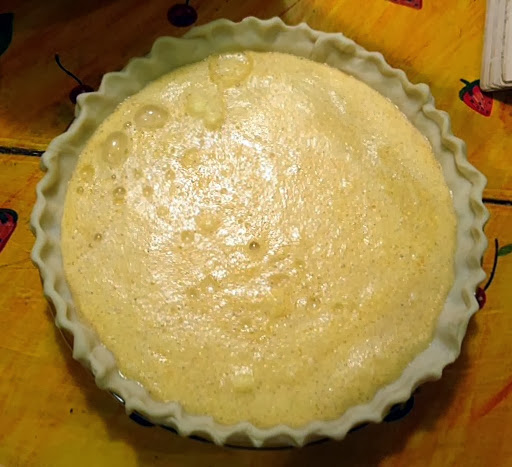 The indentations in the top are where I inserted a stainless steel knife (not the "silver fork" suggested in the recipe) to check for doneness. 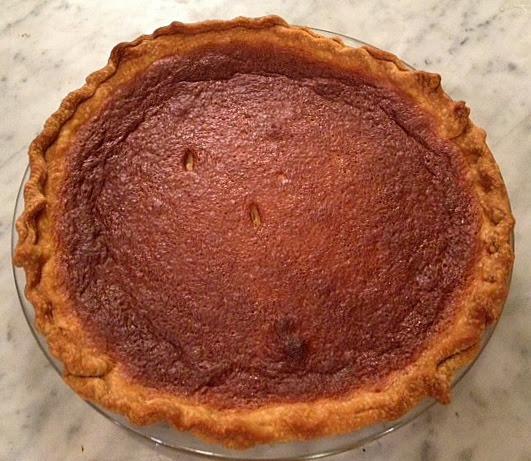 Cutting into the pie revealed the surprising layers. It's actually a four-layer confection: crust, egg custard, pumpkin custard and top "crust" which forms while baking. 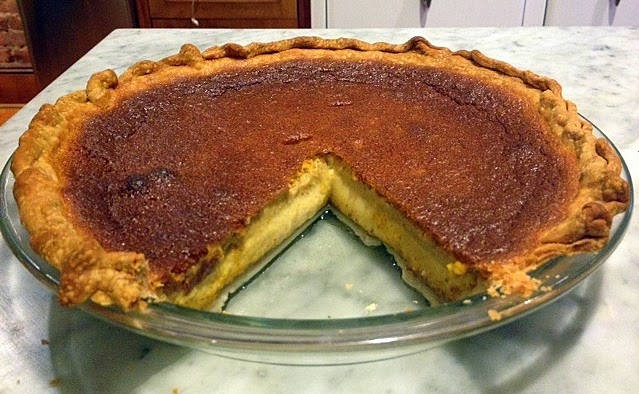 Production notes:
First, while the pie was delicious and worked perfectly (if, indeed, this is the way it was supposed to turn out), I only made it once, and can't guarantee its success, so baker beware.  Having said that, I would make this again in a minute -- it's that good.

I preheated the oven to 450 F and turned it down to 350 F after 10 minutes.  Then I baked it for 35 more minutes.  There will be slightly more filling than can fit in a 9-inch crust, so you can use a 10-inch pie pan or even possibly go deep dish on this. 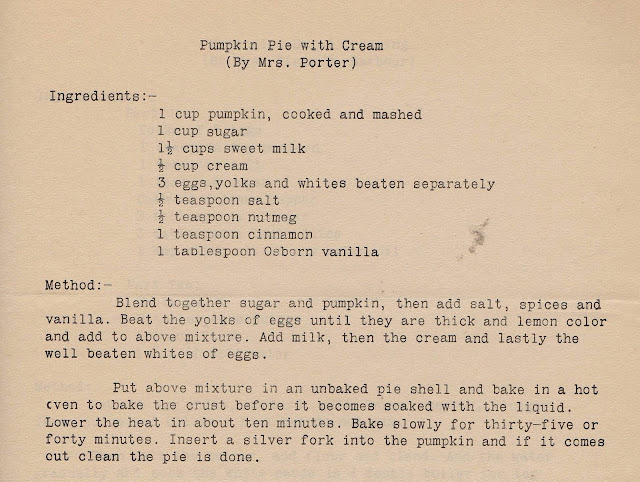 *A still traditional, but extra special pie, is Arthur Schwartz's Custard Pumpkin Pie, which I make when I have the luxury of time.  Recipe is here.
Posted by Susan at 7:53 AM