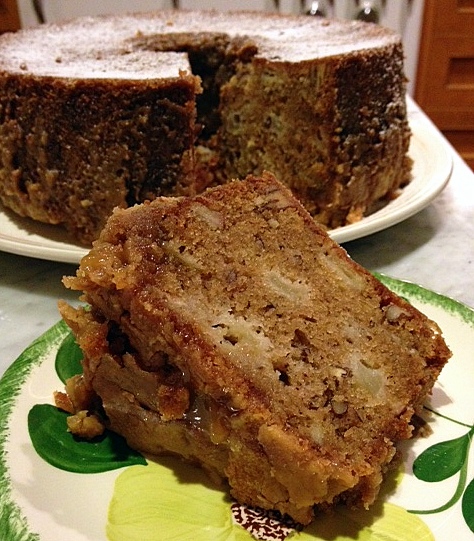 Apple Dowdy Cake may look a bit dowdy but once you experience its deliciousness, it will instantly transform into a real beauty.  It's that good. Even if you don't have a surfeit of apples from an overenthusiastic apple-picking venture, you should make this. 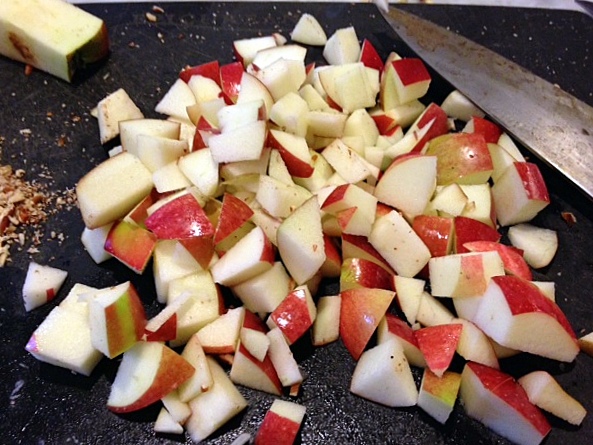 I have dozens of apple cake recipes in my collection, many of them called "Raw Apple Cake" or "Applesauce Cake."  I selected this one because of it's frumpy name, not that "raw" apple cake is much more appealing. (This cake is not related to pandowdy, which is a baked good with fruit on the bottom and a pastry topping).

Apple dowdy cake is basically an oil cake (read: moist) of apples and pecans and the usual suspects -- butter, flour, sugar, spice and eggs.  What distinguishes it is the caramel-praline glaze poured over the cake while it's still in the pan. What this does is add another flavor and texture note to an already yummy cake.

I used Macoun apples from Red Jacket Orchards in upstate New York.  After chopping those (no need to peel them!) and some pecans, I mixed up the cake batter.  It only took a few minutes. 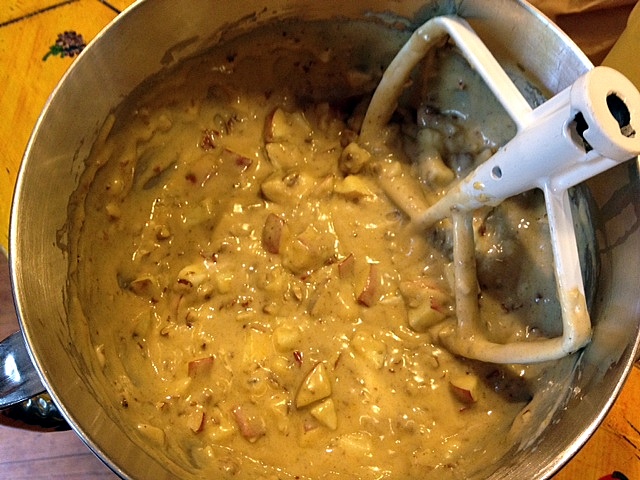 I greased a tube pan and spooned the thick batter in. 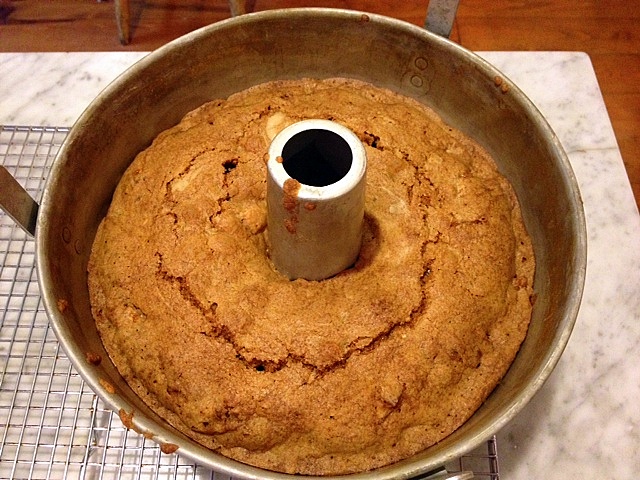 Near the end of the baking time, I began the glaze.  I used butter instead of the margarine called for. 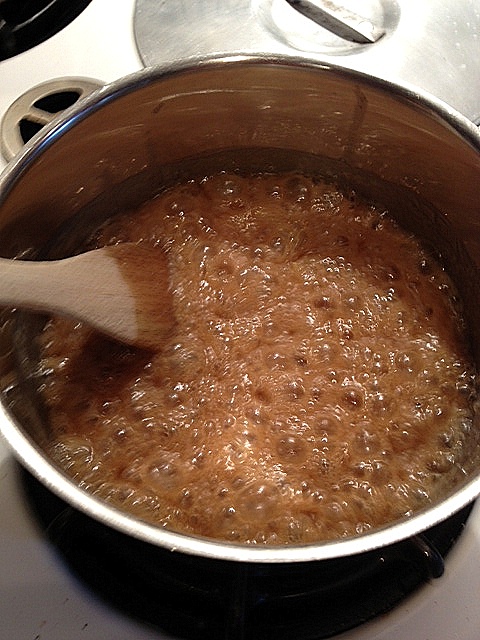 As I poured the glaze over the cake, I was certain that it would cement the cake to the pan.  This was a problem, as I planned to serve this at a dinner party that night. It was too late to turn back, so I just crossed my fingers. 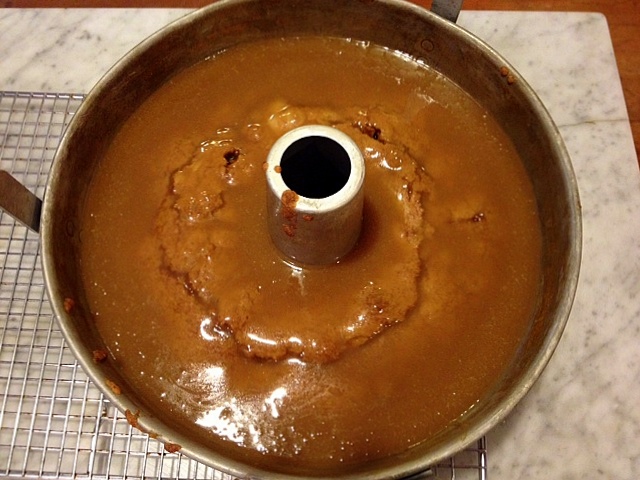 After the cake (with glaze) cooled in the pan for the requisite two hours,  I ran a butter knife around the edge, praying that it would do the trick.  I also drank both a glass of single-malt scotch and white wine to soften the blow of what I was sure to be a disappointment.

I turned the pan upside down over a cake plate and -- voila! --much to my complete amazement, it released beautifully. 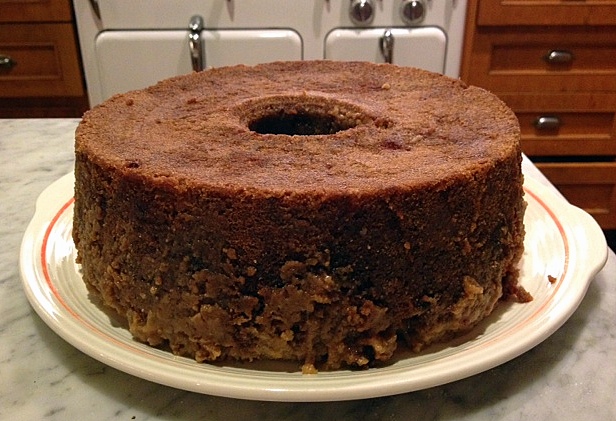 The caramel glaze is at the bottom of the cake (since the top of the cake in the pan becomes the bottom once it's released).  A dusting of confectioner's sugar "fancied up" the dowdy cake a little.  Not that it needed anything else. 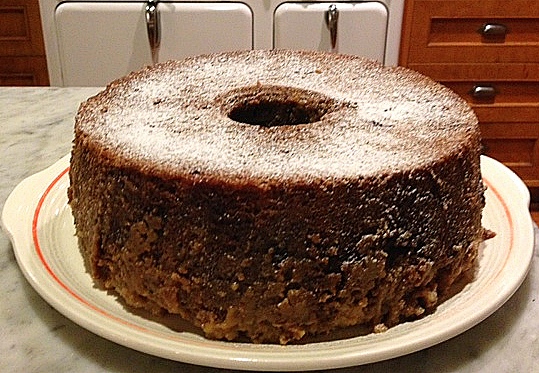 The recipe, on a mimeographed sheet of paper, tucked into a large recipe box I purchased on eBay last year.  Enjoy! 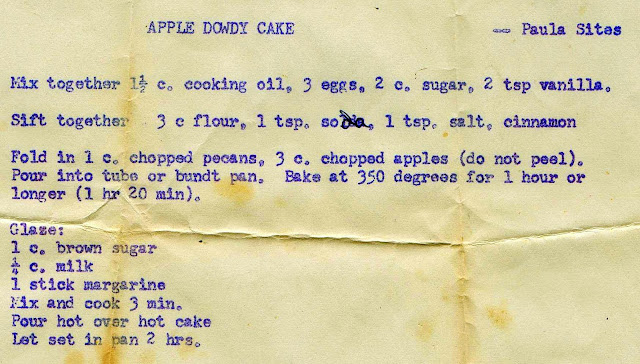