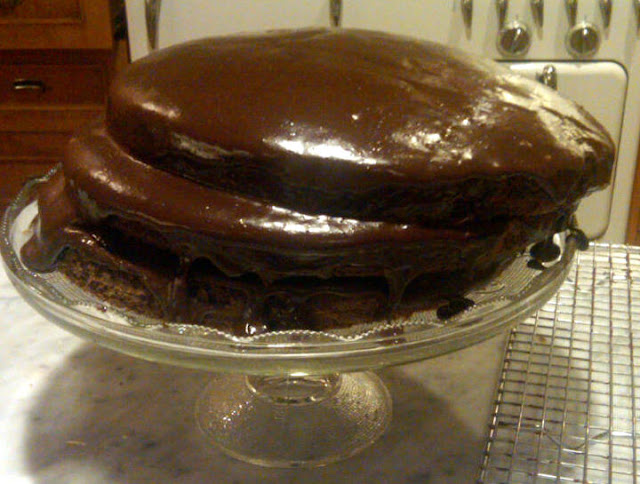 The past few weeks have not been easy.  I've had some bad news, some uncertain news and no news (which I don't think is good news).  So to lift my spirits, I decided to make what promised to be a fail-proof three-layer chocolate cake.  After all, the recipe is called Soldier Cake (implying a certain reliability, right?) and is from a 1935 cooking school (meaning it's tested, right?)  Let's just say that next time I'll be having the wine, thank you.

This was a bit of a disaster from the get-go.  The frosting turned to hard (albeit delicious) fudge, burning out the motor on my trusty hand-mixer.  To salvage it (as the three cake layers were waiting patiently on the counter), I heated the mixture, transferred it to my Kitchenaid mixer and began adding butter.  Only I wasn't as patient as the cake layers and too late realized that the butter was simply melting into the frosting and not adding the texture it needed. 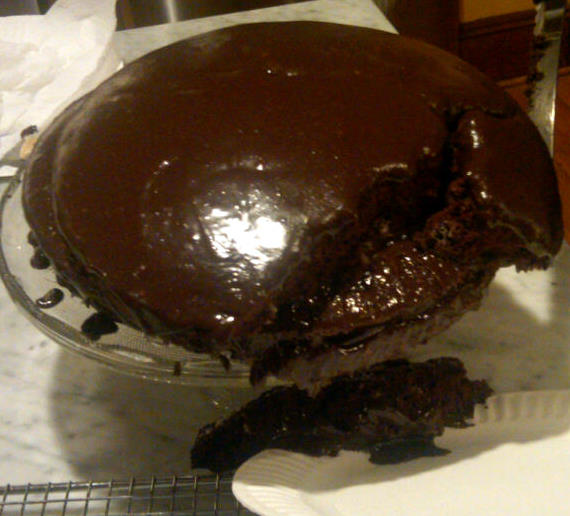 Forging ahead, I simply frosted the cake with this mixture and crossed my fingers.  That's when the fun began.  The layers starting shifting, such that DH urged me to videotape the movement, which culminated with a section of the cake sliding off the cake stand, falling to the counter below. 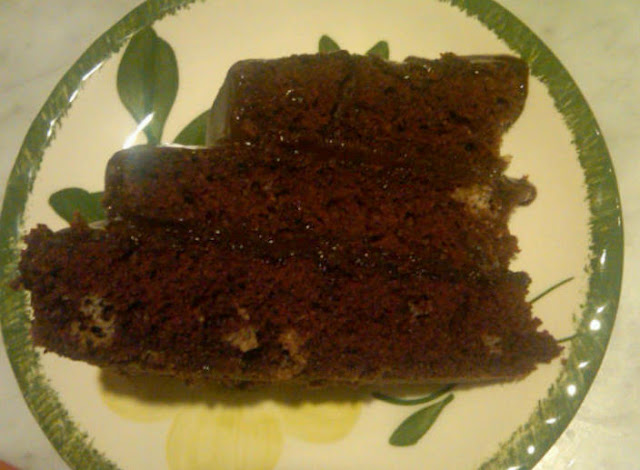 Undeterred, I cut a slice.  And lo and behold (not that I should have been surprised), something happened such that the cake had several white spots where some chemical reaction (which I'll investigate) occurred, marring the pure chocolate surface.

In the end, DS and his friends each had a big slice.  There were no complaints (not that I expected any from a bunch of 22-year-old hungry young men)  Of course, I too had a slice, and it was pretty tasty.  Although this cake was the triumph I'd imagined, it made me laugh out loud.  And what's better than that?

The Chocolate Soldier Cake class was taught on April 1.  Hmmm....
Anyway, this goes to show that things aren't always as they appear and that published recipes are not necessarily better than those hand-written by housewives. 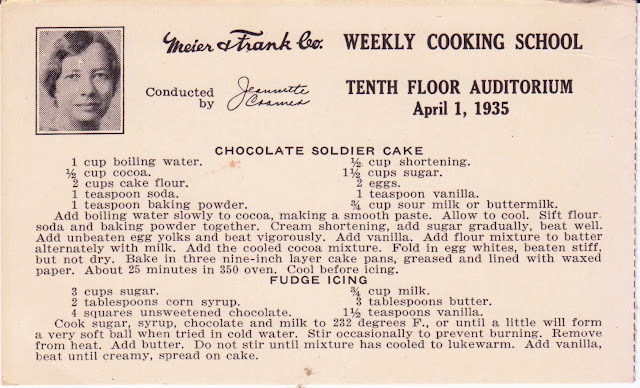