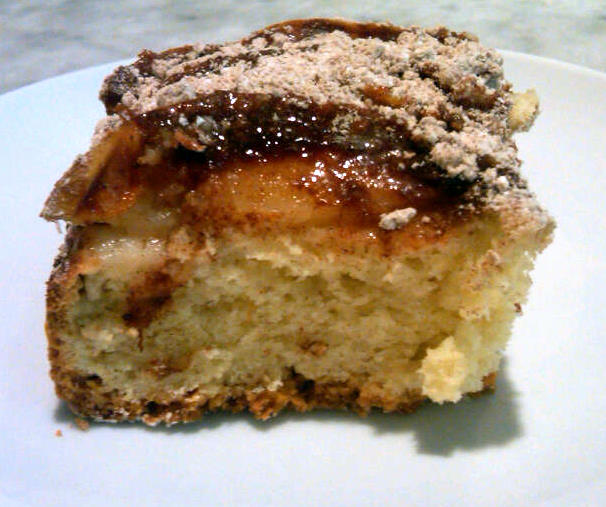 This cake is like a lot of guys I dated -- they had possibilities, but needed some *work* to reach boyfriend perfection.  And so it is with Cheese Apple Cake -- an excellent and unusual cake, but one whose execution needs a bit of tweaking to make it as good as it can be.

This is, in fact, not a cake but a very large biscuit flavored with cheese.  Not that there's anything wrong with that!  I've never been a fan of the cheese and apple pie combination, but if you are, this may be the perfect cake for you.

The bottom (biscuit) layer is made by cutting the butter into the flour, a normally tedious task made easy with a food processor.  Just cut cold butter into chunks, add to the flour and pulse until the butter is the size of small peas, or smaller. 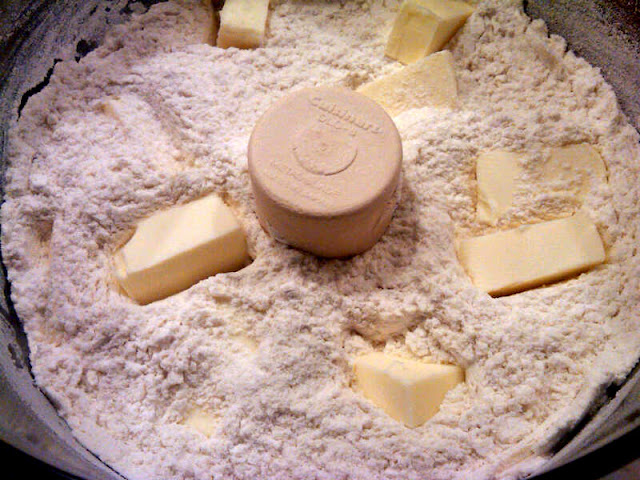 After the butter is incorporated, add the rest of the ingredients, including grated cheese. 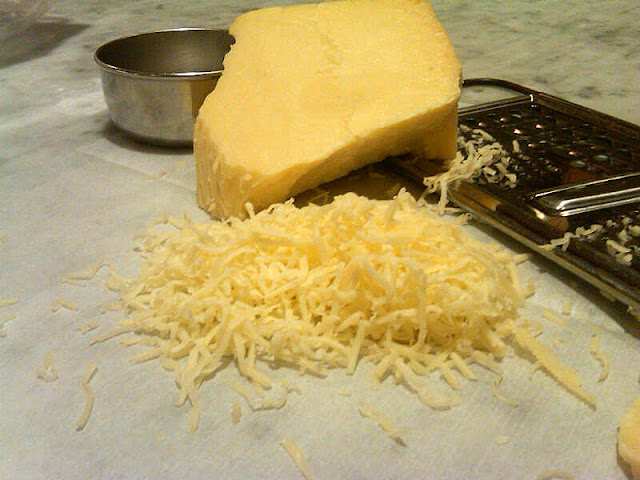 When the batter is all mixed and you place it in the pan, it will look like it does below.  You need to gently press it down until it is evenly distributed so that the entire bottom of the pan is covered. 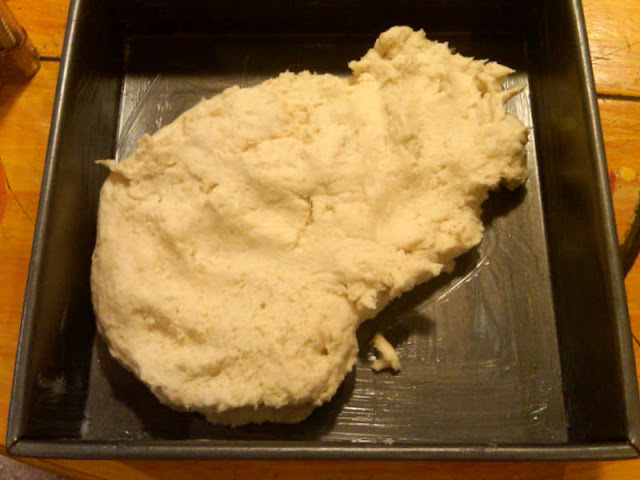 Next, slice some apples -- I used about three or four medium ones -- and arrange them atop the bottom layer. The arrangement, like most relationships, need not be perfect to work. 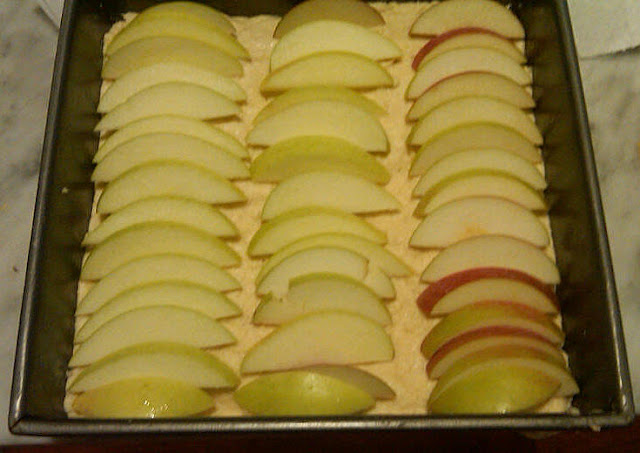 The next step is where the recipe can use some tweaking.  Instead of using confectioners sugar, as the recipe calls for, use regular old white sugar.  Confectioners sugar, which contains cornstarch, does not melt in the heat of the oven, leaving the just-baked product with an odd and kind of displeasing powdery topping.  You can see it in the picture at the top and below.  (I ended up over-baking the cake because I kept waiting for the sugar to melt -- don't do that!) 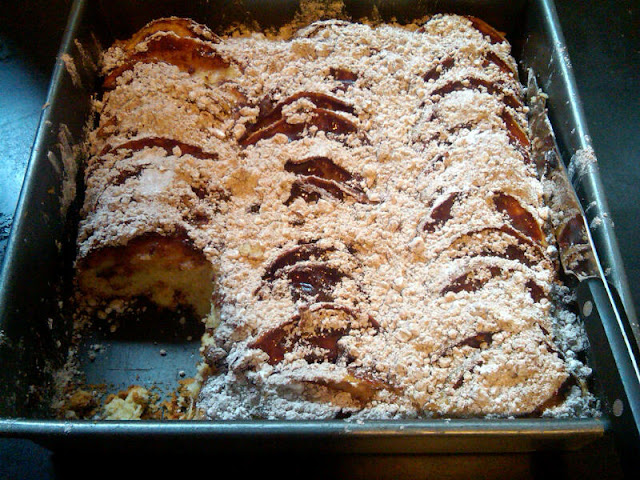 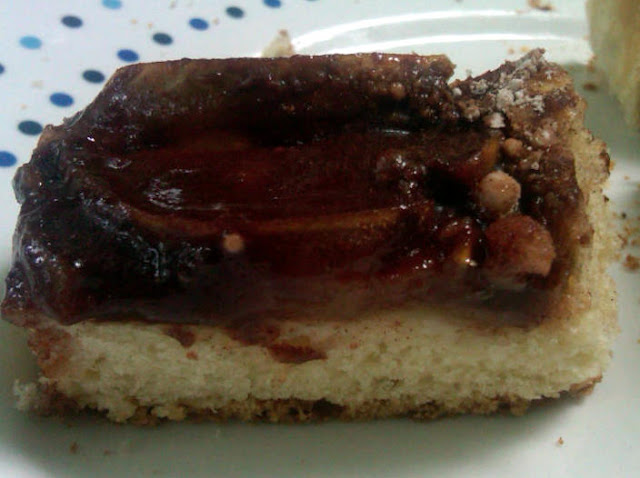 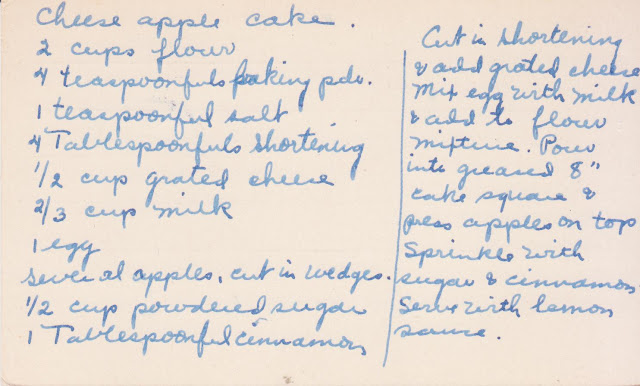