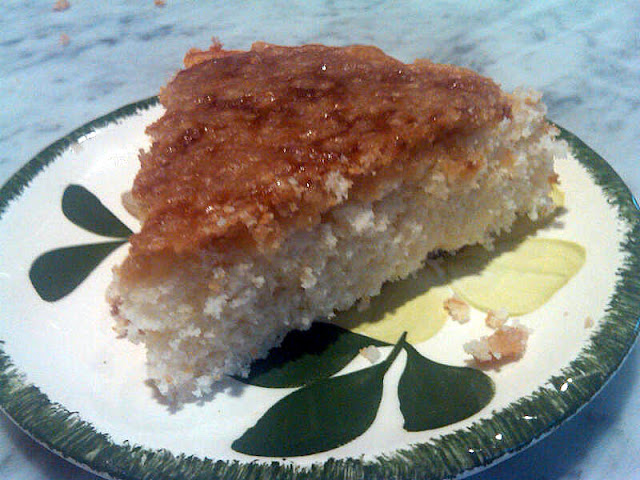 There was a time in this country when many housewives would bake a cake everyday, that not baking one (or making some kind of dessert) was akin to forgoing the side dishes for a meal. 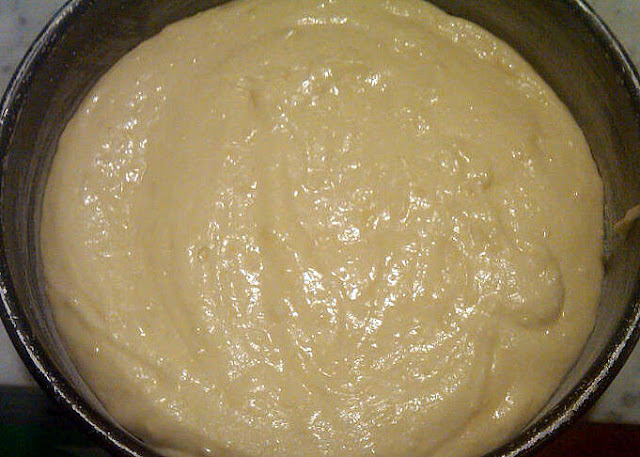 Lazy Daisy Cake is one of those cakes that many a housewife had in her repertoire.  I've discovered several similarly named recipes -- Busy Day Cake, Impossible Cake, One-Egg Cake -- all promising to get sweets on the table fast. 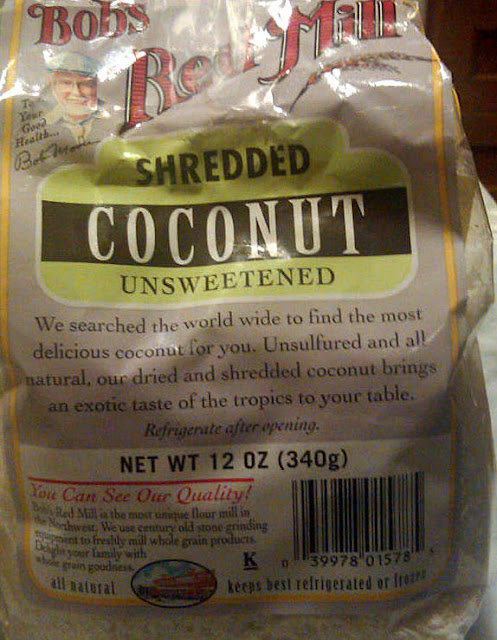 But Lazy Daisy Cake is more than quick -- it's light and delicious with a luscious broiled topping that's much simpler than a buttercream and more special.  In fact, it's almost like cake brulee, especially if you slightly overbroil it, as I did. 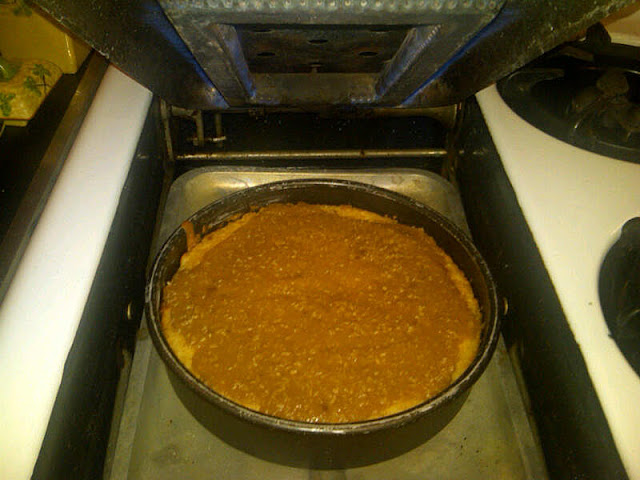 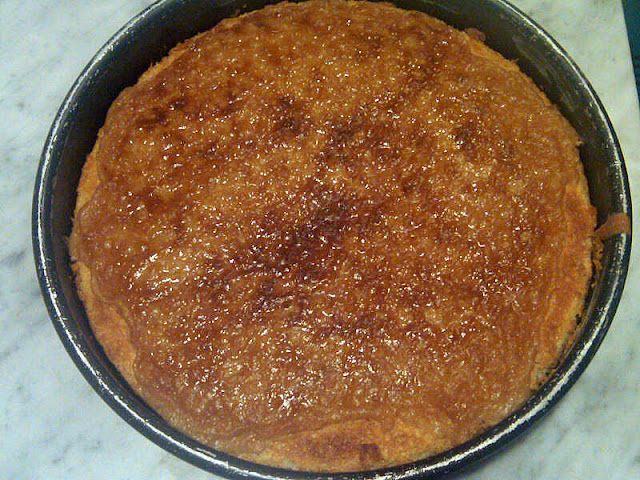 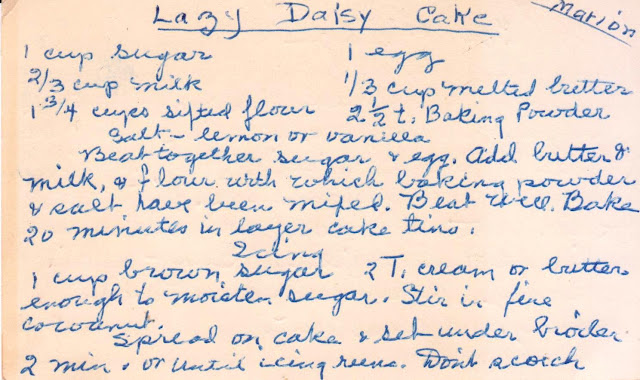