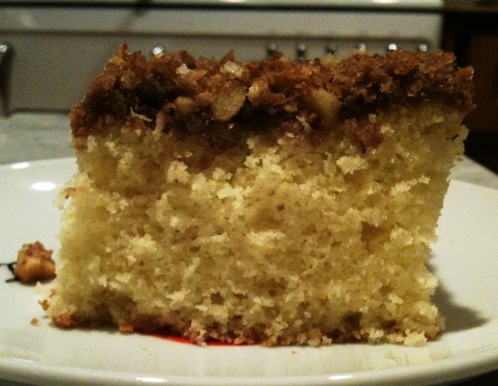 Not that I'm obsessive, but I've spent every spare moment in the past few weeks watching reruns of a television show that aired from 1949 to 1956.  The Goldbergs, starring Gertrude Berg (who also developed, directed and wrote the show), takes the viewer into the Bronx apartment of Molly and Jake Goldberg and their two teenagers. 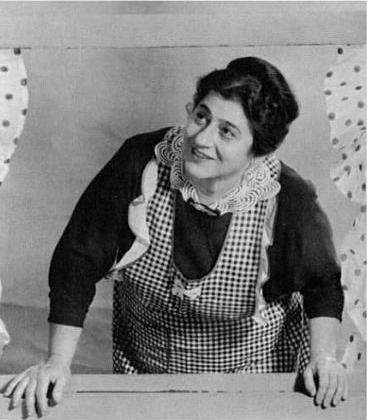 I'm transfixed by nearly everything in this show about Jewish tenement life, from Molly's charming Yiddish accent and malapropisms to the Eastern European food emerging from the mid-century kitchen  to the social interactions -- none of Mrs. Goldberg's lady friends are on a first name basis.  It's always Mrs. Friedman or Mrs. Kaplan.  Hence, the calls out the tenement windows:  Yoo hoo, Mrs. Goldberg.

This is a long way to get to coffee crumb cake, but it's exactly this sort of thing that I suspect Mrs. Goldberg and her friends would serve to one another at their coffee klatches.  After all, she's always asking her family or friends if they'd like a "snick snack."

So many baked goods are rooted in a time and place:  chocolate chip cookies for after school, layer cake at a birthday celebration, scones on Sunday morning.  And coffee cake when the ladies gather mid-morning or mid-afternoon. 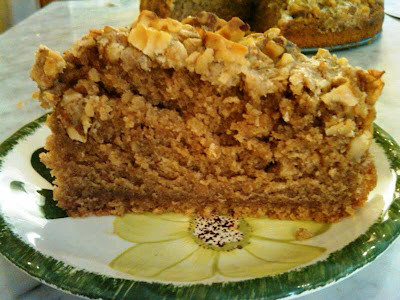 Each of my recipe collections has at least one recipe for coffee cake, I literally had my choice of dozens, but I picked two to start.  Coffee cake is a homey cake, often served right from the pan.  It is forgiving, with its simple base and crumb topping, and it's one of the few baked goods where the home cook can truly improvise without fear, adding additional butter or nuts or sugar to the topping. And note that the first recipe (slice pictured directly above) takes the name literally -- one of the ingredients is 1 1/3 cups of coffee! 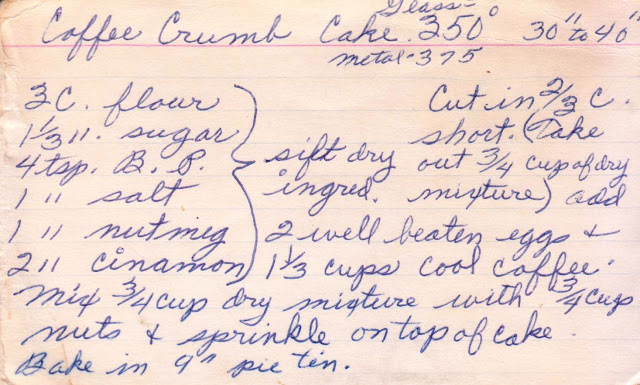 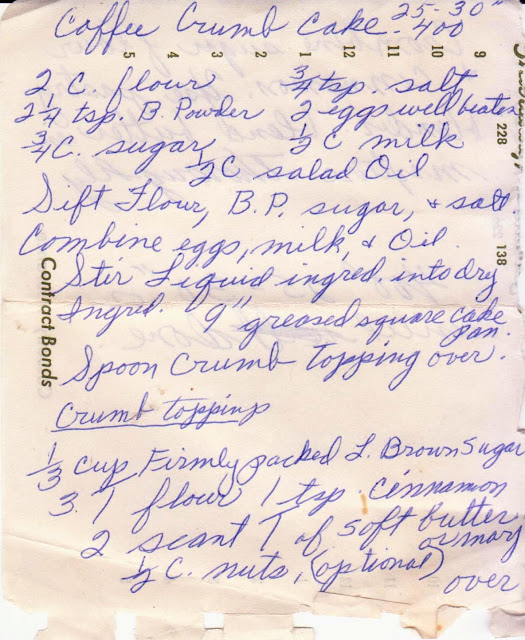 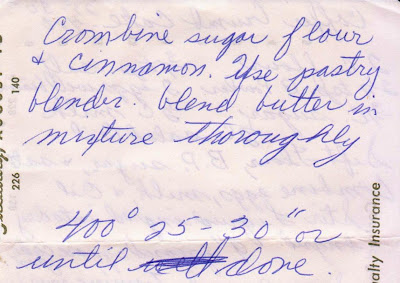