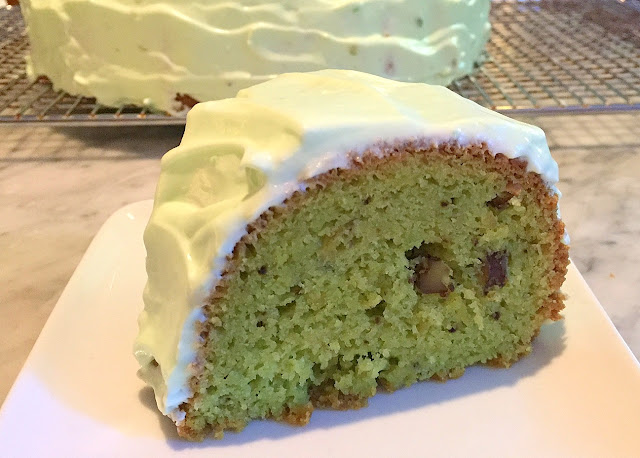 These days, what's happening in Washington, D.C., makes Watergate seem like child's play, but at the time, it was THE BIGGEST SCANDAL EVER, commanding the attention of everyone -- even, apparently, bakers. And so, in the 1970s, just around the time that Jello introduced its new pistachio pudding mix, the Watergate Cake was born. It is full of nuts, and features cover-up frosting.  And therein lies the albeit random connection to the (now old-school) burglary and cover up that captured the nation. (I actually attended one day of the Watergate hearings in 1973 with two high school friends while on a road trip. I recall we just waltzed in to see John Dean testify -- it was that easy!)

This cake screams the 1970s in other ways, too. Check out the processed food ingredients required. It was no easy feat finding Jello pistachio pudding (thanks, Target in Brooklyn) and a box of Dream Whip (thanks, Walmart in Athens, Georgia). 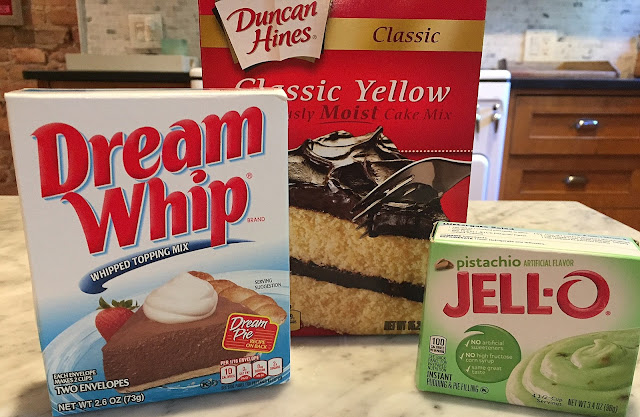 First, the essential nuts. I used walnuts, but pecans would also be lovely. 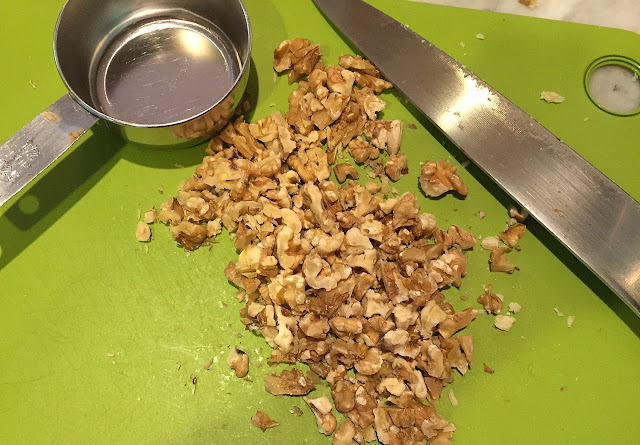 Just dump all the ingredients in a mixing bowl, after beating the eggs separately, and combine. 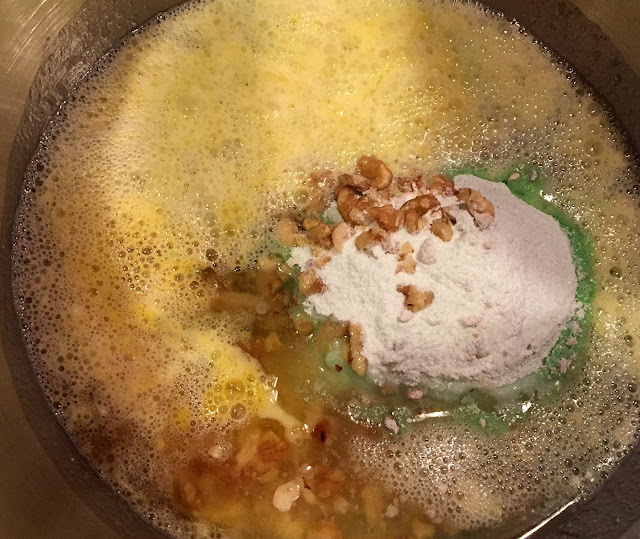 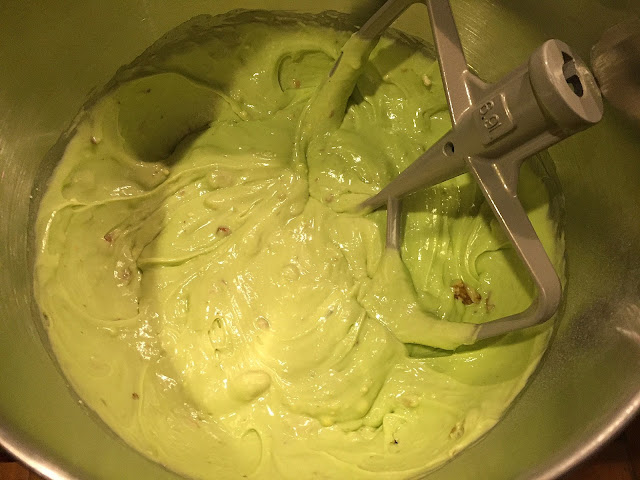 Spoon it into a well-greased bundt pan. 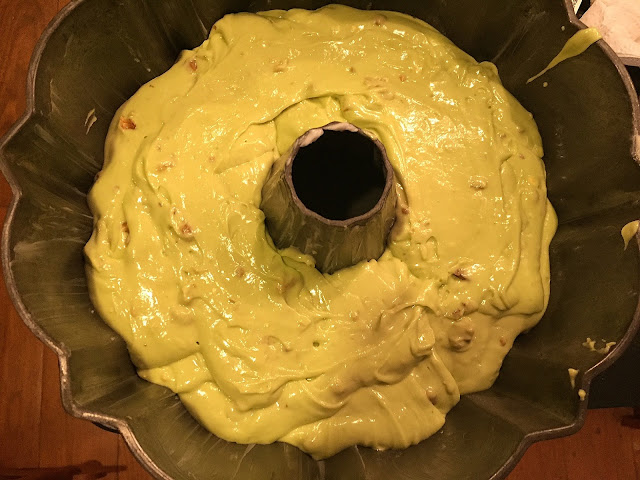 Bake until the edges of the cake just being to pull away from the sides of the pan. 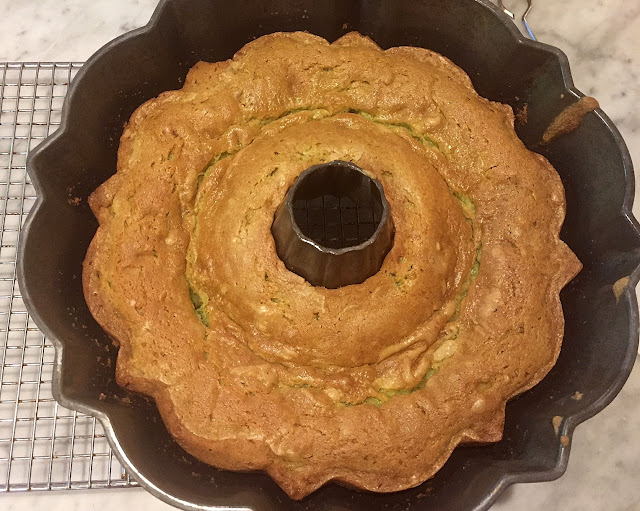 Let it cool in the pan a bit, and turn it out onto a rack. 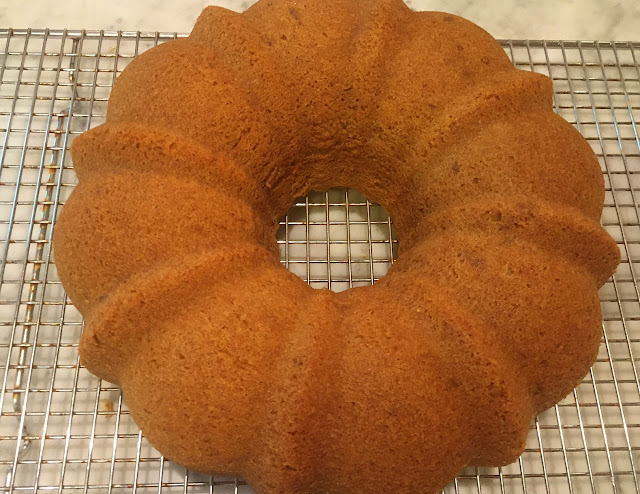 Start the cover up frosting. I mixed all ingredients together first, then added the sour cream. 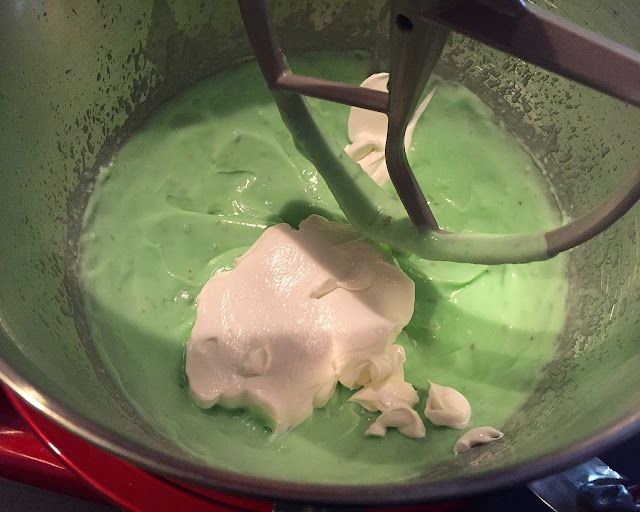 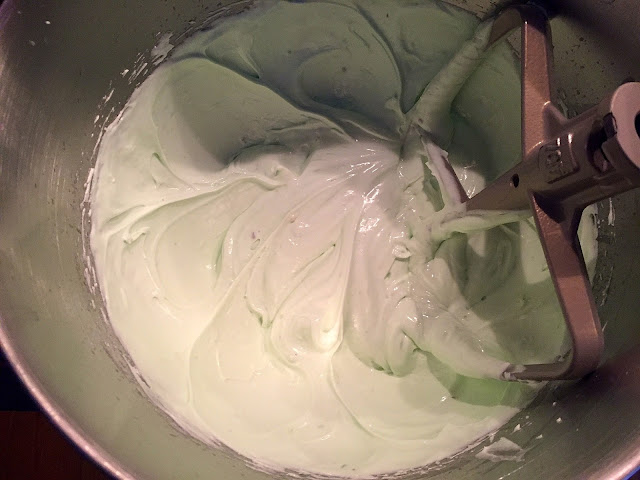 Make sure the cake is cool before frosting. I had tons left over, btw. 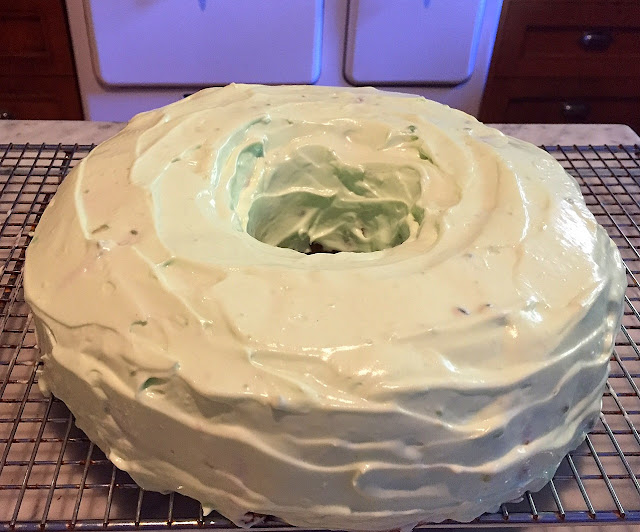 The recipe I followed You'll notice there are no real instructions, but I was able to figure it out by Googling a bunch of other similar recipes. (Ruth C. Scott, whose name appears on this card, embellished the standard recipe by the addition of flavorings and sour cream in the frosting.) Basically, I followed the recipe on the cake mix box, adding the beaten eggs, and flavorings last.  You really can't mess this up.
If you want to make this cake without processed ingredients, please see the wonderful book Vintage Cakes by Julie Richardson, who features a from scratch version of Watergate Cake with Impeachment Frosting. 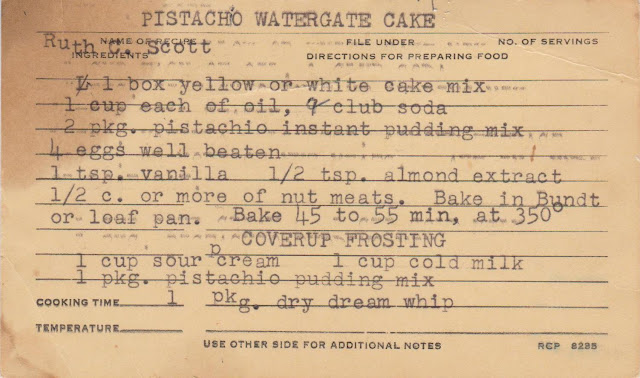