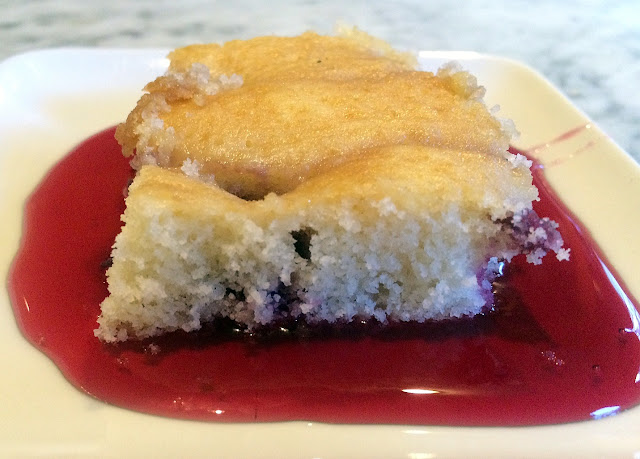 Even though I work in marketing (or maybe because of it) I'm a sucker for intriguing and unusual names. And that's how I came to make this recipe with the enticing title of Cherry Magic.  Plus, who doesn't want to make a little magic in the kitchen?

And because I delayed posting it for so long (I made it a few weeks ago), it works perfectly as a Valentine's Day dessert if you're looking for something a bit more original than the traditional chocolate confection.

Cherry Magic is a white cake with fruit that is easy and delicious. It did disappear like magic when I shared it with my coworkers. The c. 1940 recipe is from the collection of a Suring, Wisconsin housewife.

Begin by beating the butter and sugar. 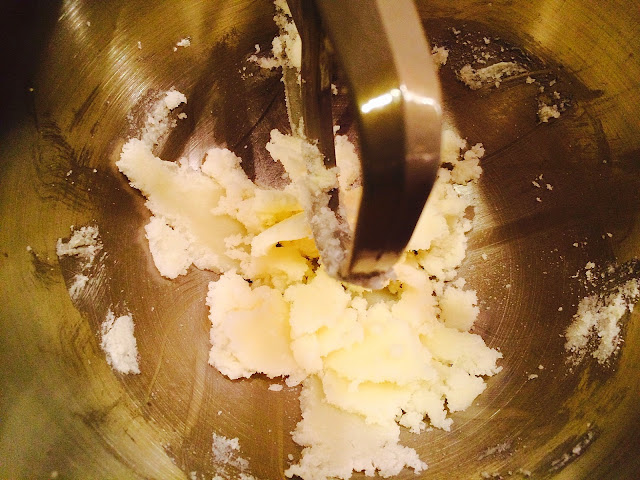 Add in the other ingredients (recipe below) and spoon into a well-buttered pan.  The batter is rather thick, so you'll need to push it to the corners of the pan. 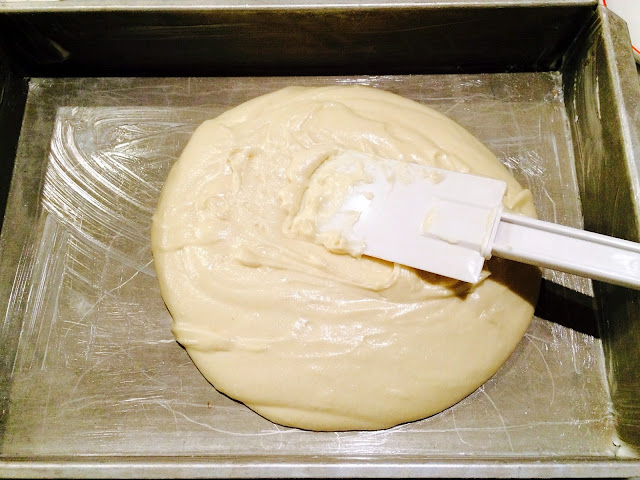 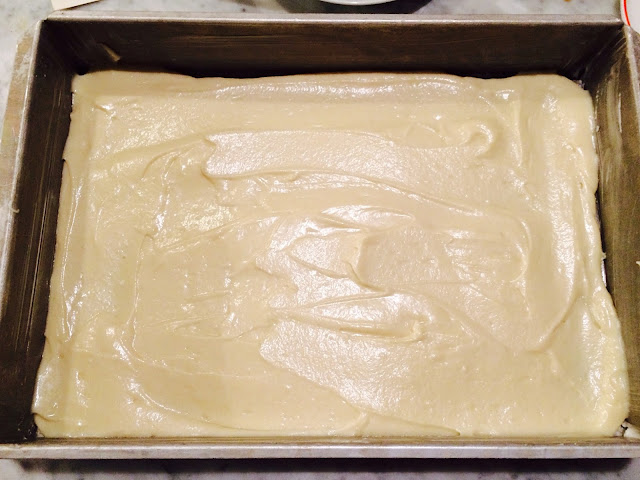 After the batter is in the pan, begin the cherry mixture. I used frozen cherries because I didn't have canned or fresh. 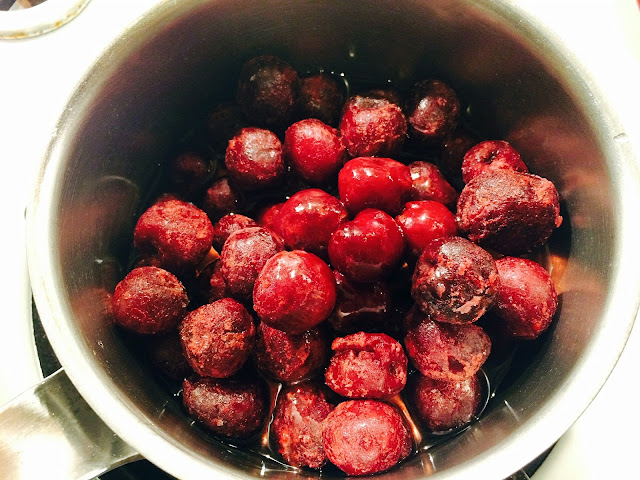 Heat the cherries, sugar, water and almond extract until the sugar is dissolved. Perhaps because I used frozen cherries, there was A LOT of liquid in the pan. 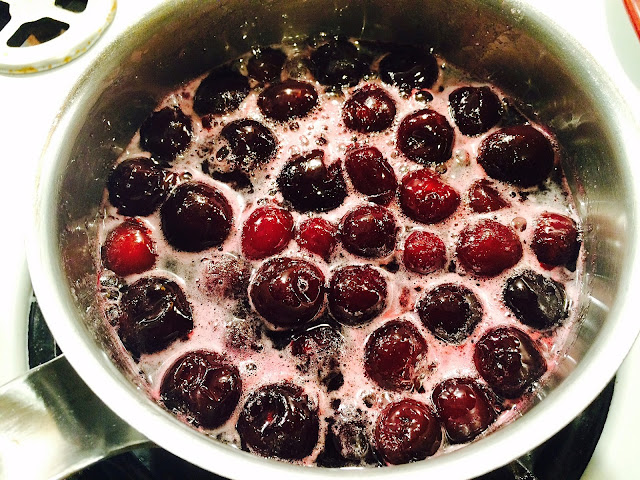 I used my common sense and only added some of the liquid. (I reserved the rest, boiled it down until syrupy and used it as a sauce.) The colors in this photo are a bit odd because I accidentally had a filter on my iPhone camera. But you can see the amount of liquid I added, along with the cherries. 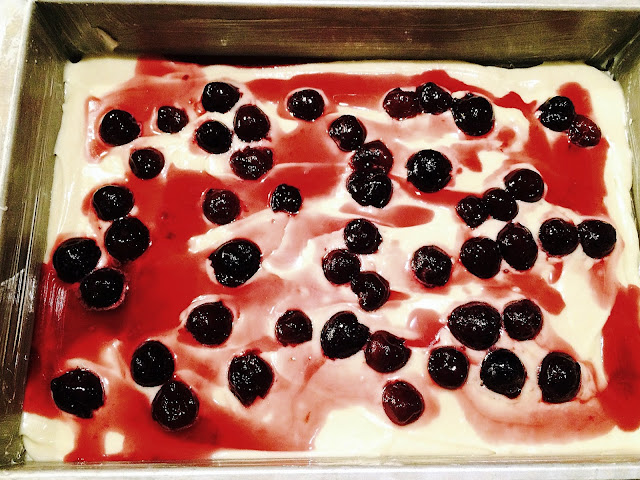 Remove from the oven when the sides pull away from the pan and it is a lovely golden brown. Enjoy! 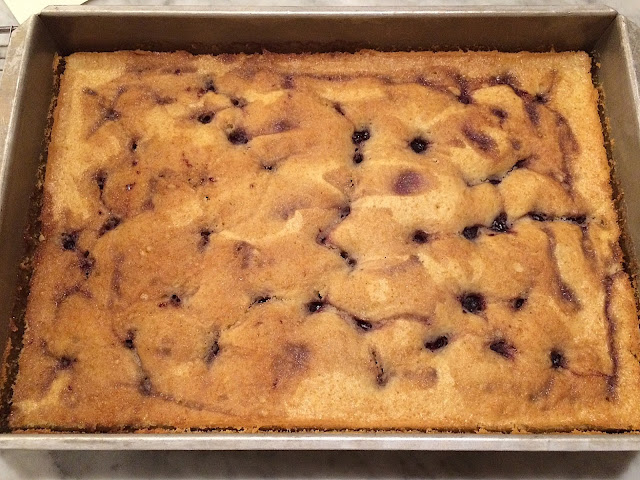 Production notes: I used Dole brand frozen cherries and, other than that, followed the recipe exactly. The cherries, perhaps because they were frozen,  released a lot of liquid during cooking, so I didn't add it all to the batter. Instead, while the cake was in the oven, I reduced the cherry liquid on the stove (boiling the liquid to concentrate it) and used it as a dessert sauce. 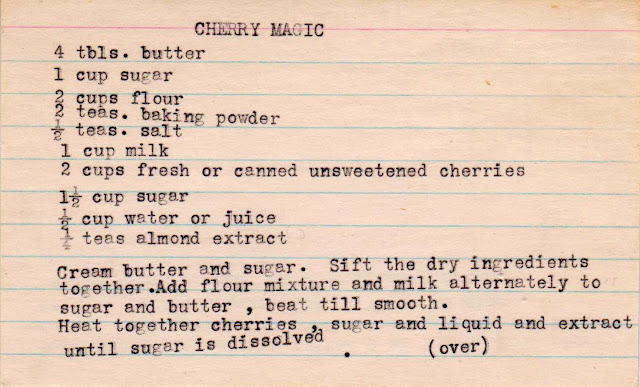 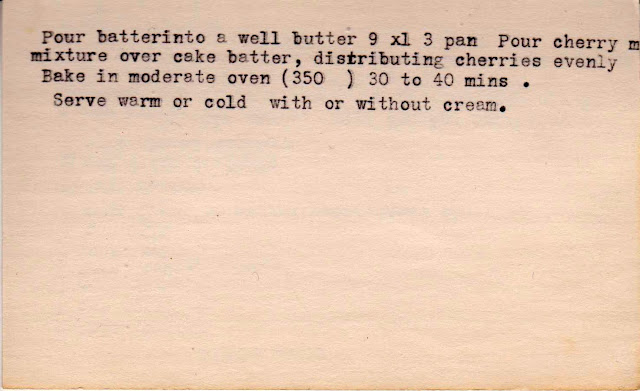