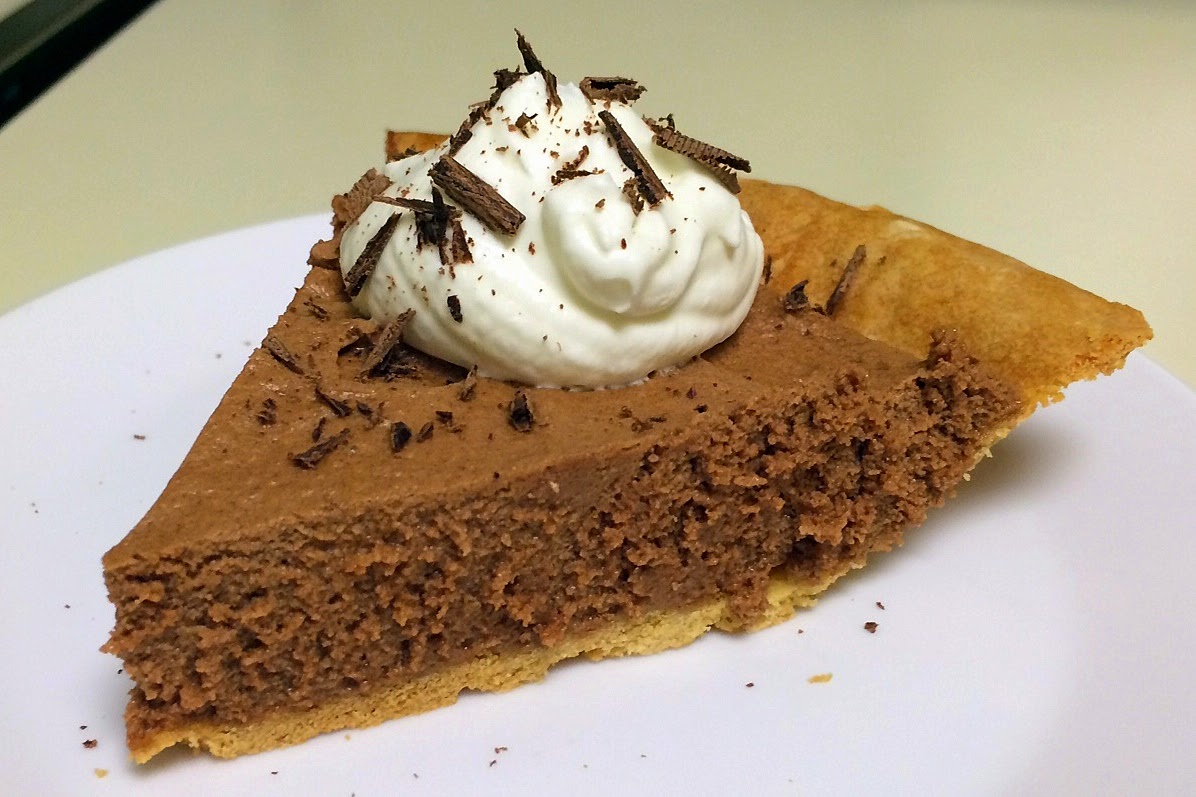 Last week, when my mother fell ill, I unexpectedly found myself in Akron. While I spent most of my time with her, I did attend one estate sale and purchased a c. 1987 dessert cookbook published by the PTA of my elementary school, Fairlawn.  (Its name has since been changed to the Judith A. Resnick School; the Challenger astronaut was a former student.)

The Fairlawn PTA, I read in the cookbook, received national recognition in 1957 when it began sponsoring French classes for grades one to six. I am forever grateful for those classes, as I still remember the French I learned as a young child. (It stayed with me more than the high school French I studied.)

Anyway, I wanted to bake something chocolate for my mother, for there's little she loves above chocolate, but was daunted by the limited baking tools in her kitchen. Then I discovered this French Silk Chocolate Pie recipe -- easy and perfect! The only tools required are a bowl and beater (and a pan or microwave to melt the chocolate).

The recipe says it's "very rich and chocolaty" and it is. French silk pie is basically a chocolate mousse in a pie crust.

I began with some supermarket Baker's semi-sweet chocolate. 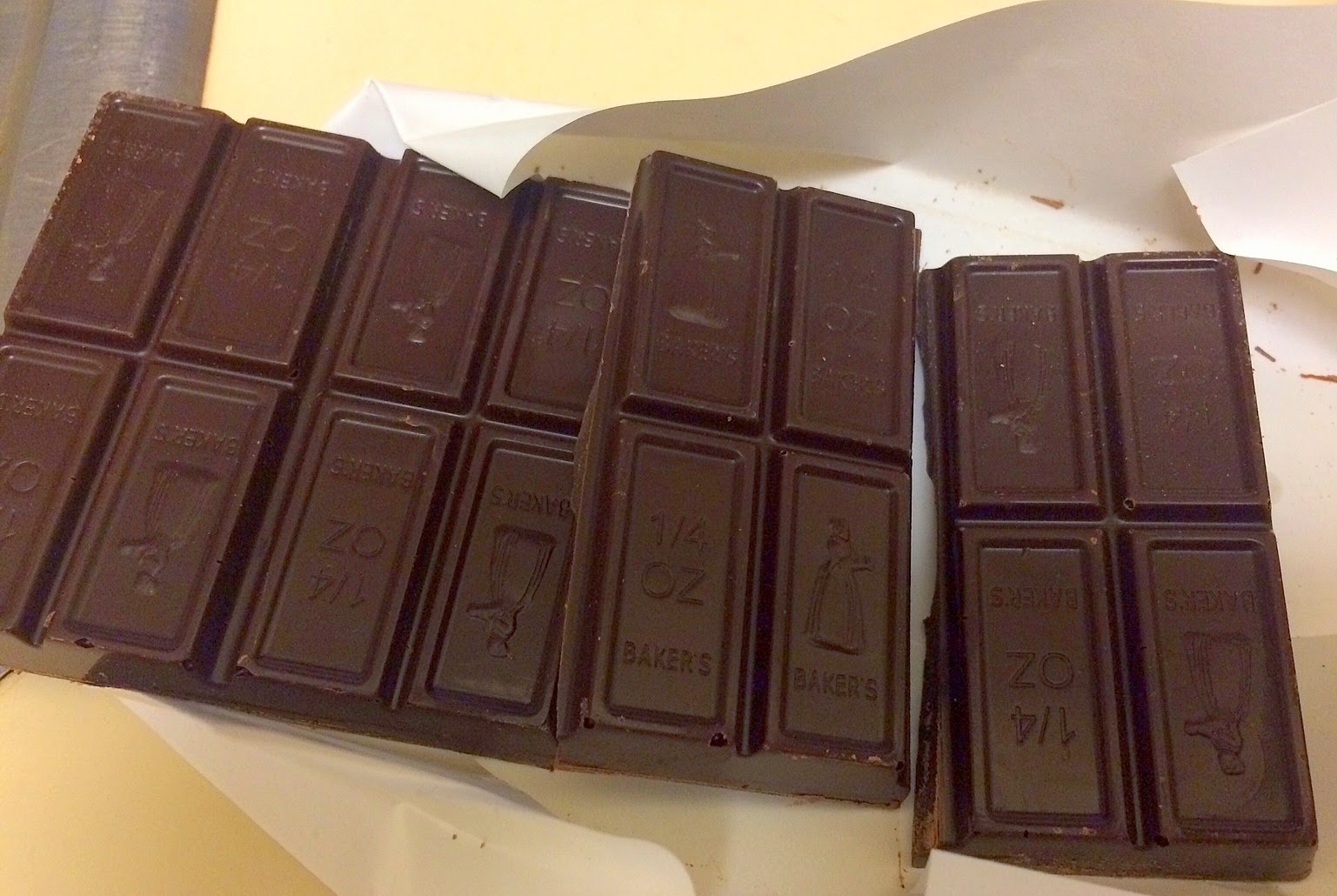 After melting the chocolate (and setting it aside to cool), beat the butter and sugar.  Add the eggs, beating well after each addition. 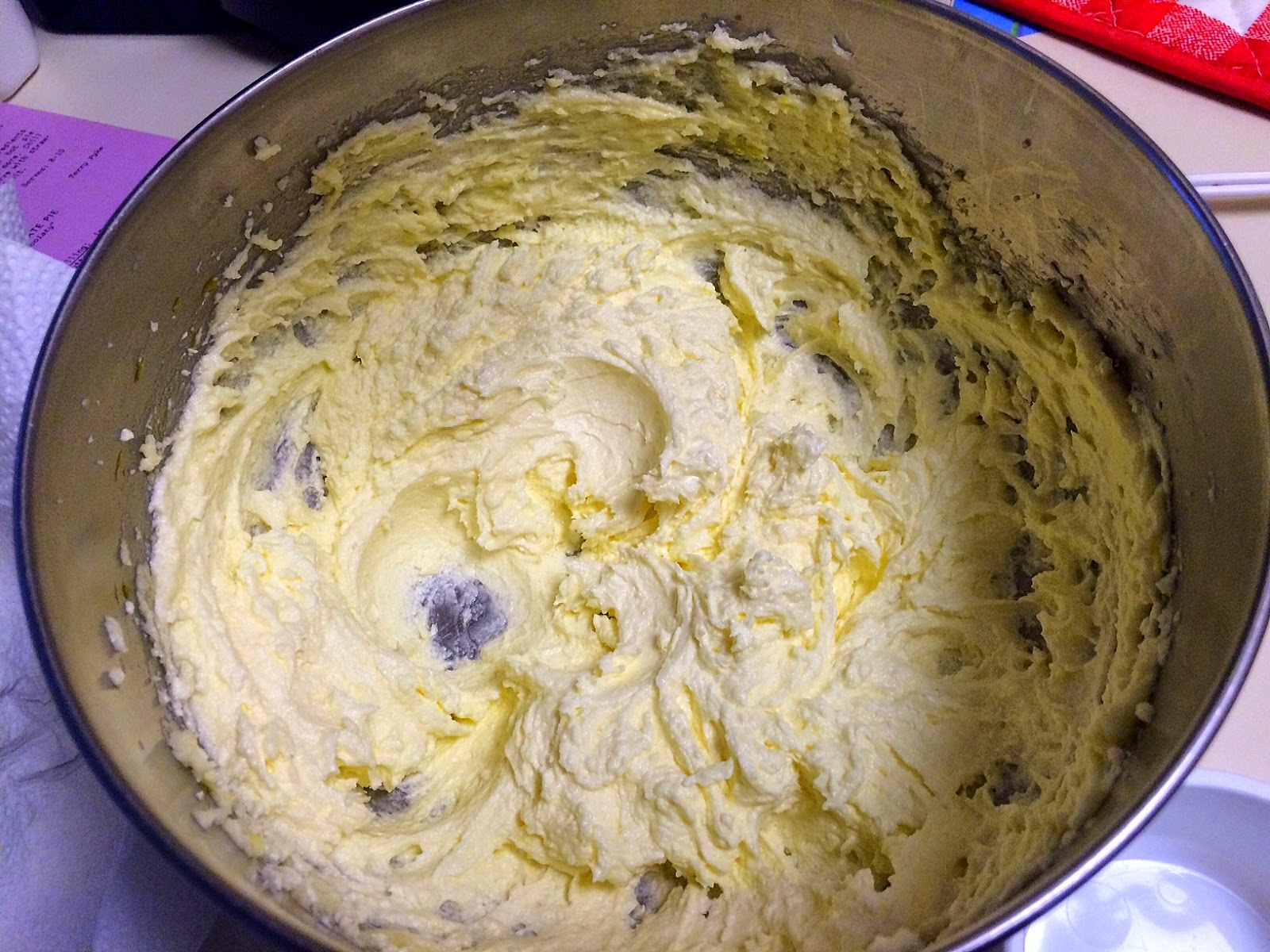 Stir in the melted chocolate... 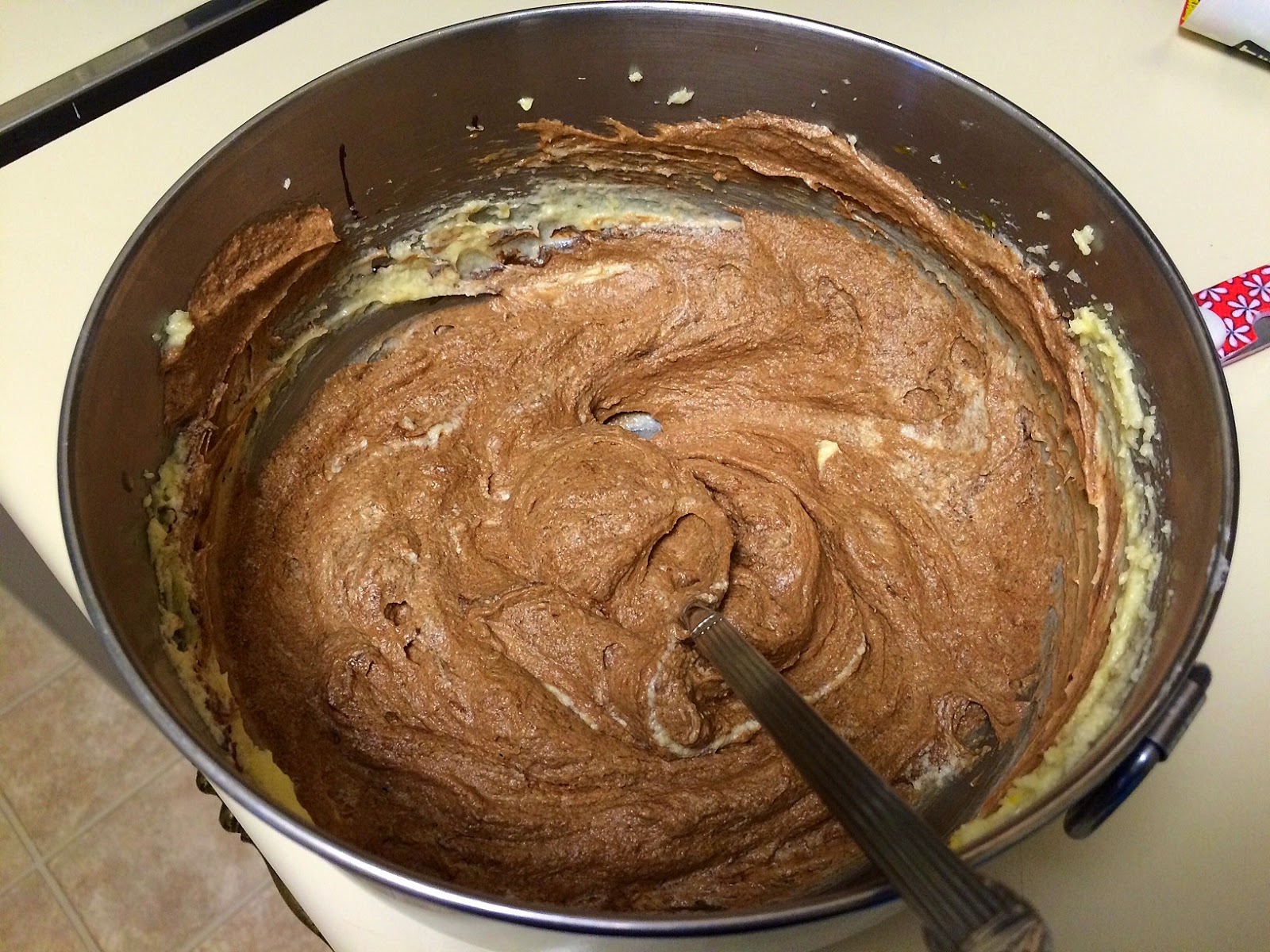 and pour into a pre-baked pie crust. Refrigerate for several hours. 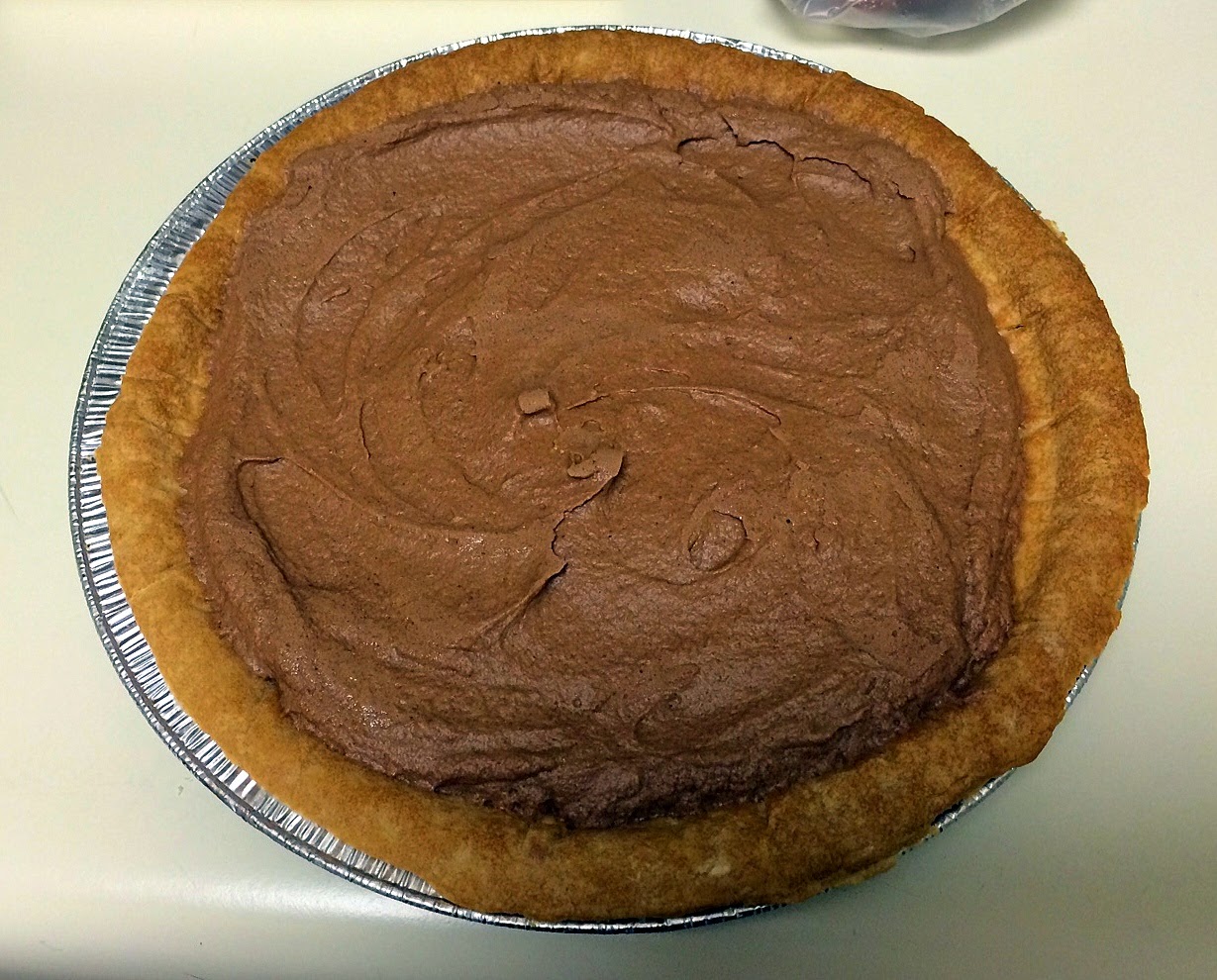 Production notes: I cheated and used a store bought crust (not recommended unless you're as desperate as I was). Make sure the butter is really soft and beat the sugar in for a long time, or better yet, use superfine sugar. (I didn't do either, and there were still some sugar crystals in the finished product.)
To serve, whip some heavy cream and place a dollop on each slice. With a knife, grate some of the chocolate on top for a nice presentation. 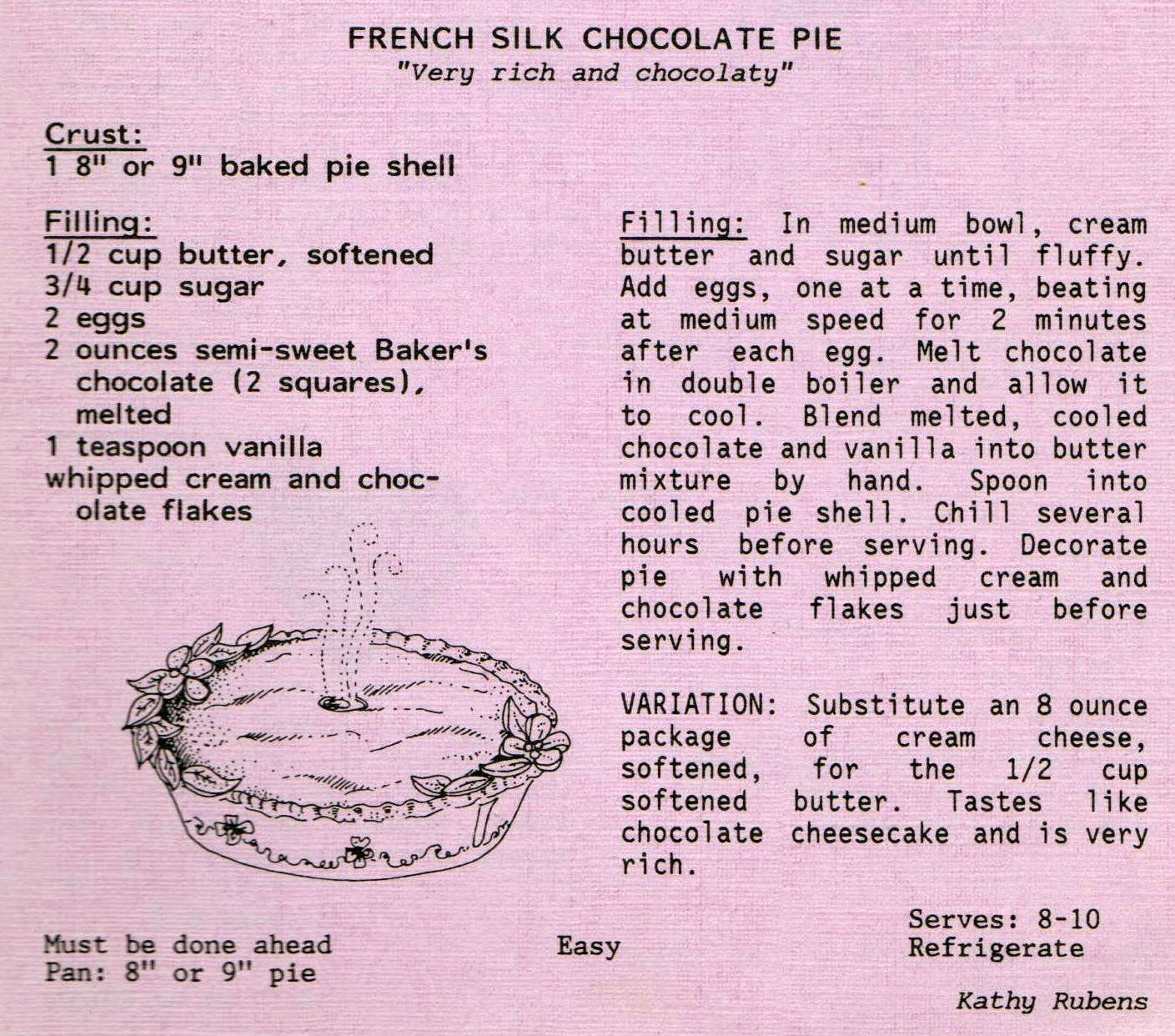