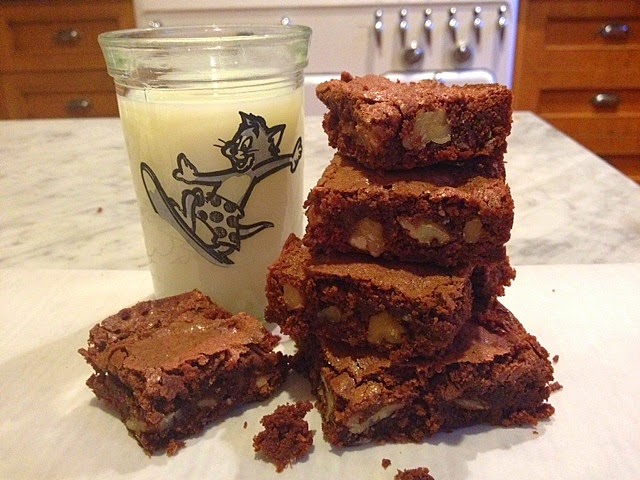 In life, results usually reflect effort. In baking, brownies are an exception to this rule. For with minimal effort
-- and mess -- one can get a fantastic result beloved by both children and adults. I can't think of a single baked good that is so easy to prepare -- and so universally embraced.

Maybe that's why there are thousands of brownie recipes in the world.   And at least a hundred of them are called the "best" brownie recipe.

These could also be called the "best" -- they're chewy and packed with old-fashioned chocolate flavor, reminiscent of the brownies served to children as an after-school snack in the mid-20th century. But I especially like that the recipe is named for the vessel used to prepare them -- the saucepan.

Chocolate is the shining star in brownies, so it's worth the splurge for the high-end stuff. I used Scharffen Berger unsweetened chocolate. 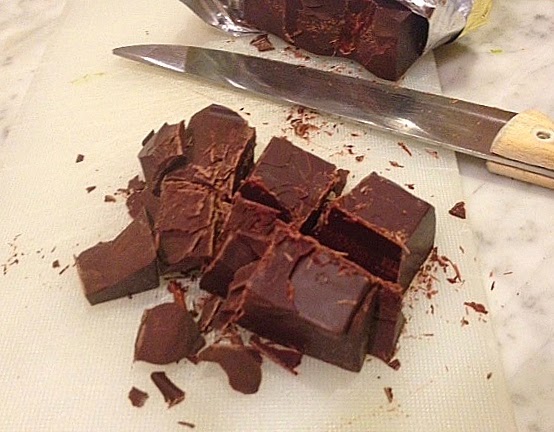 After the butter and chocolate are melted in a saucepan, add the eggs and then the dry ingredients. 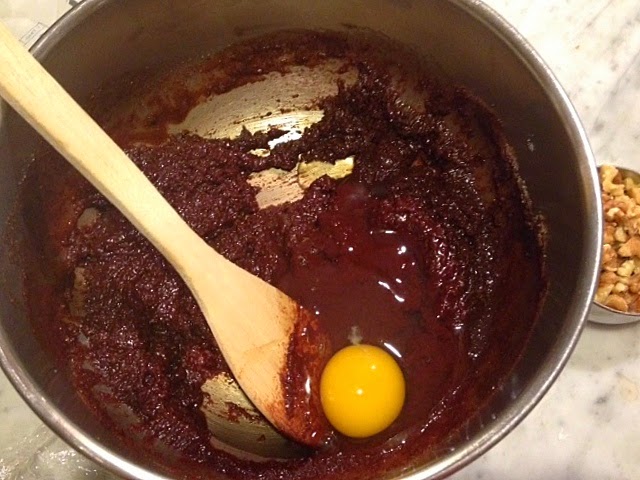 Pour into a pan, which you've greased and floured. 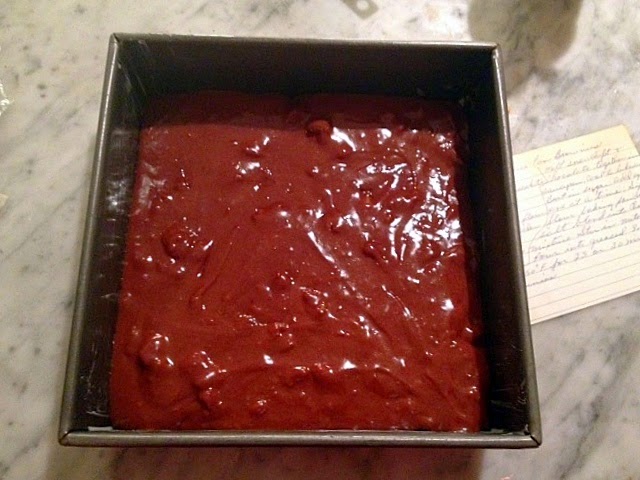 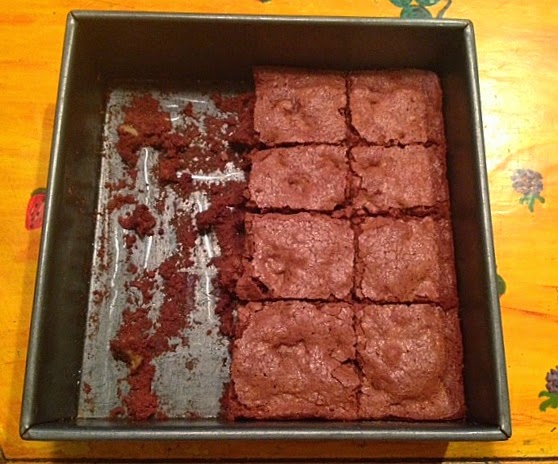 Production notes:  I used unsalted butter, not Snowdrift which was (is) a variation of Crisco.  Two squares of chocolate equal two ounces.  The only tool I used was a wooden spoon for mixing. 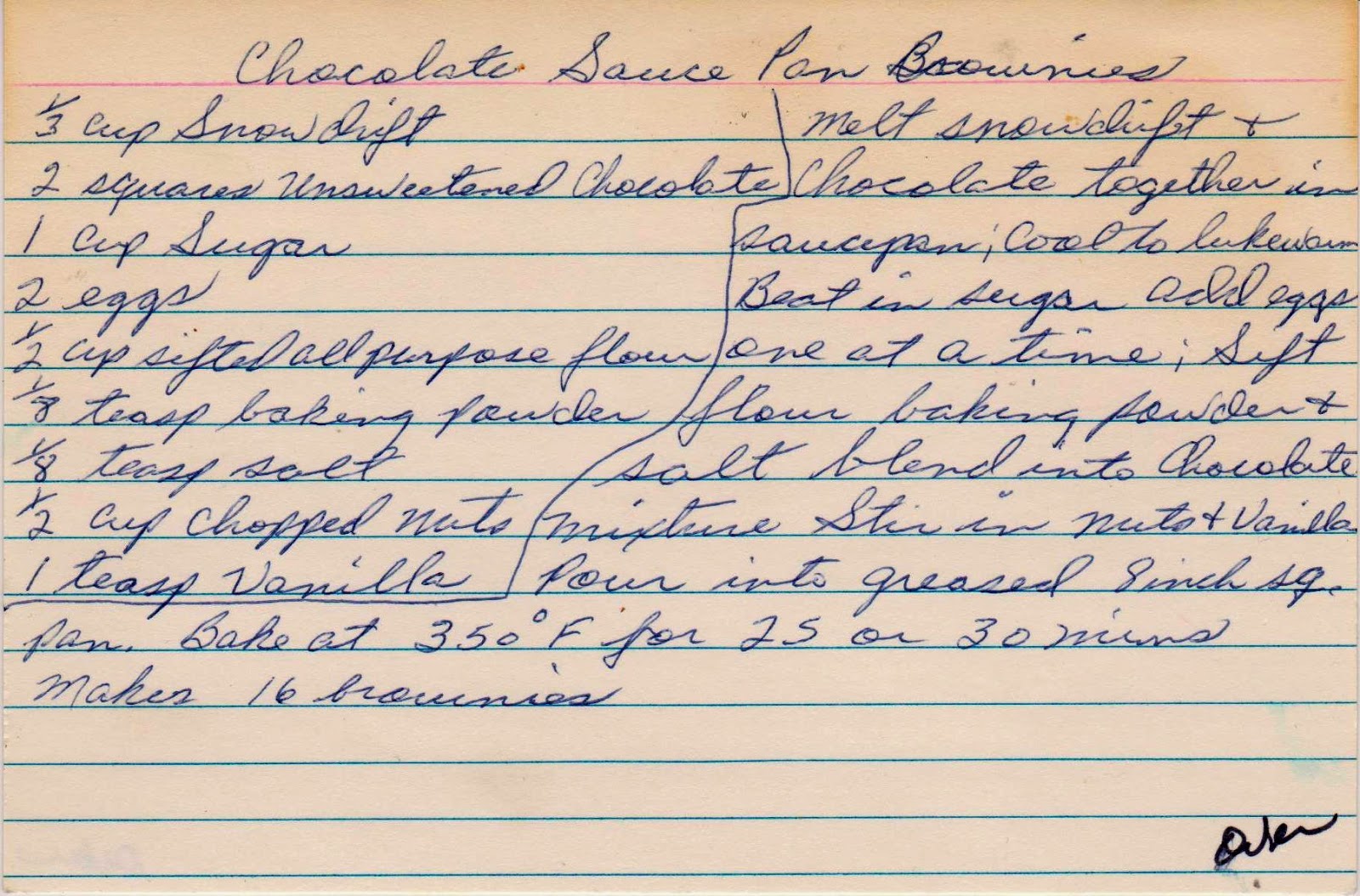