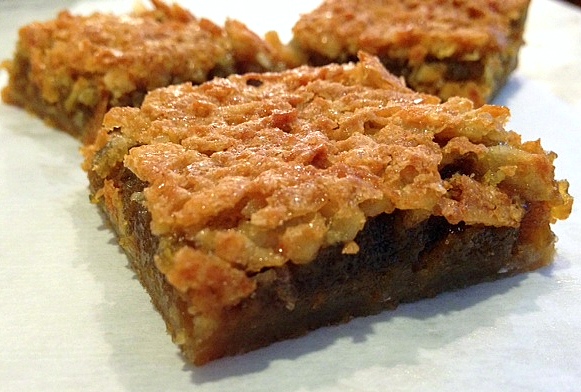 When a notebook filled with vintage handwritten recipes from one William Wynne in Pennsylvania, went up for auction on eBay, I bid fast and furiously. Unlike 99.9 percent of the vintage recipe collections I own, this one was written by a man, so the eBay seller claimed in the description.  BUT, when I received it, I quickly realized that William was an eight-year-old boy and the recipes were his mother's -- pasted into his old school spelling test book.  My disappointment lasted but a minute: Mrs. Wynn's recipes are fabulous (and young William's spelling scores were all in the 90s).  This re-use of the spelling book also helped me date it -- paper was scarce during and immediately after World War II, making this sort of recycling commonplace. 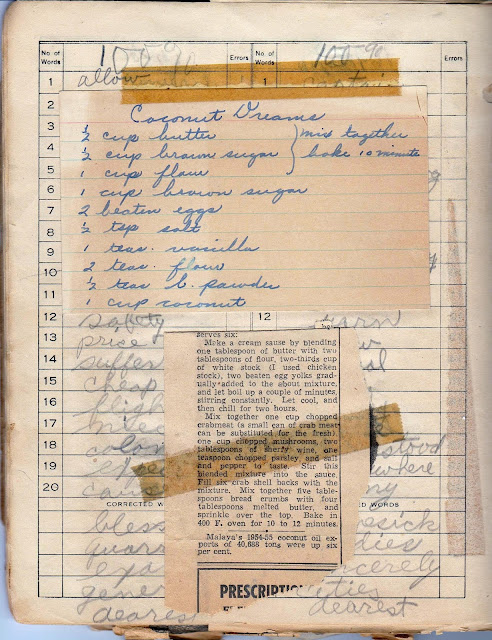 But on to the subject at hand -- Coconut Dreams, delicious bar cookies easy to make (and even easier to eat). These have three layers: a bottom crust, the pudding-like center and a crispy top crust.  (But you only need to make two layers; the third, the top crust, appears magically during baking.)

Start by making the bottom crust, a winning combo of butter, brown sugar and flour. 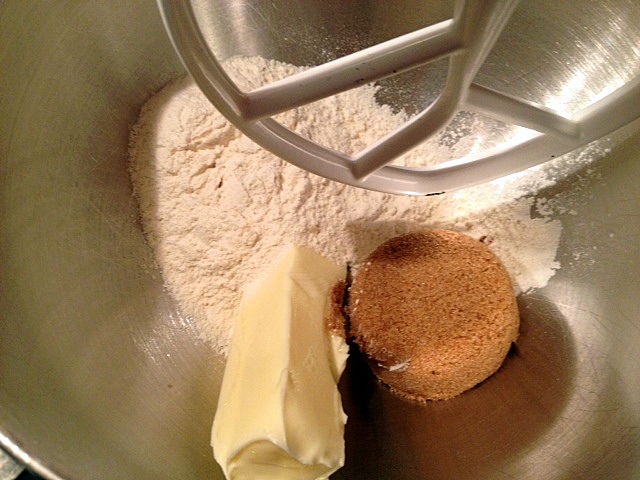 Press into a prepared 8 x 8 pan and bake for ten minutes.  You may have a struggle with the crust, as I did; it does not want to go to the sides of the pan.  But remember, you're the boss of it. Force it into a thin layer using the back of a spoon and/or an offset spatula.  (Next time, I'll grease and flour the pan instead of lining it with parchment, as the paper moved around a lot during the "forcing" process.) 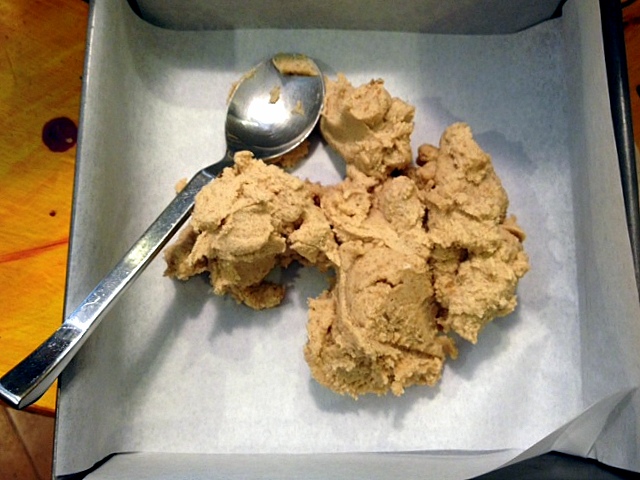 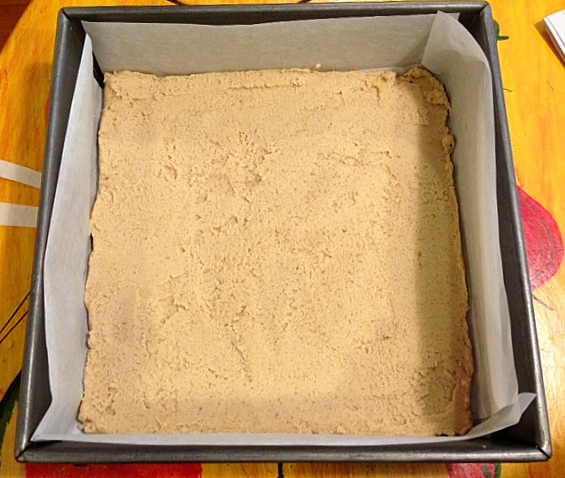 Mix the rest of the ingredients together and simply pour on the crust and return the entire pan to the oven. 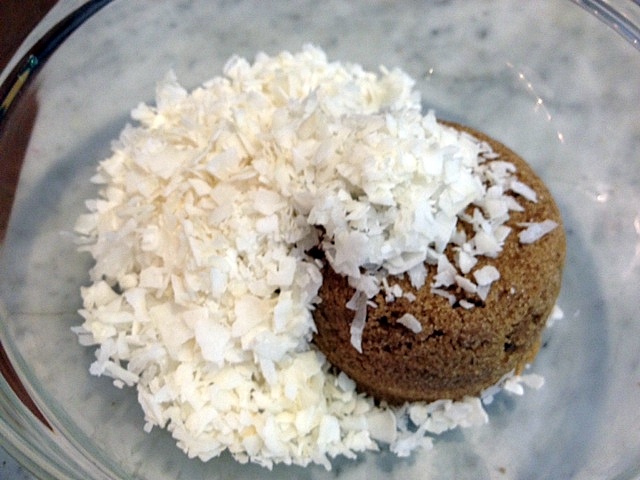 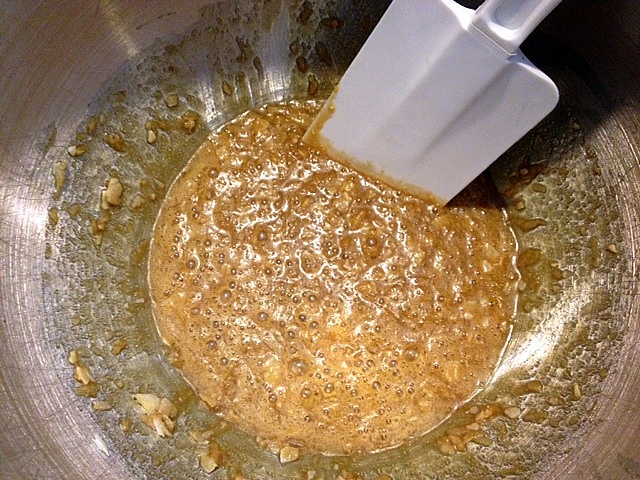 The filling will be very liquid-y, but will firm during baking. 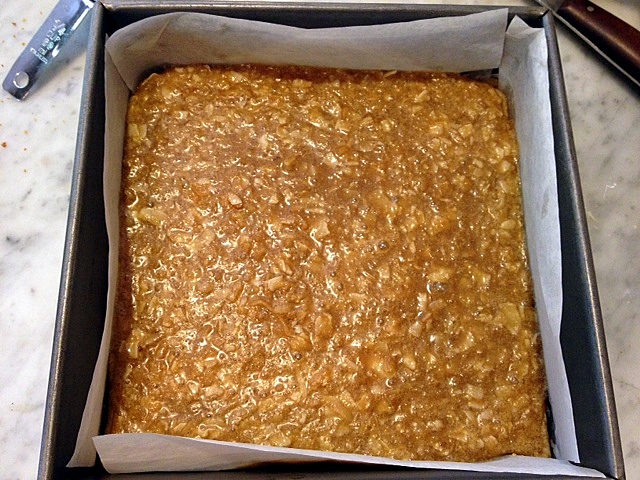 The small hole in the center was created when I stuck the tip of a knife into the confection to check for doneness. 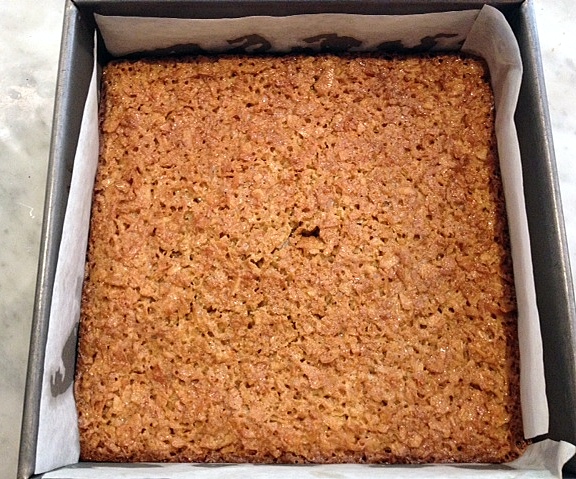 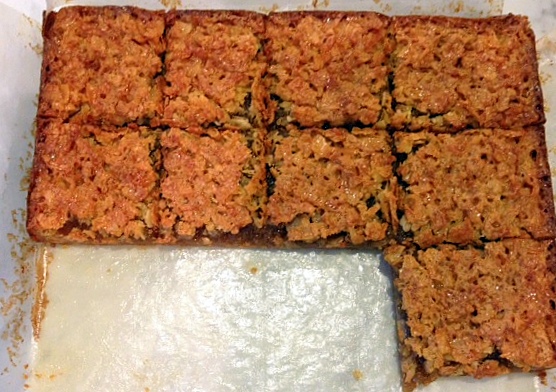 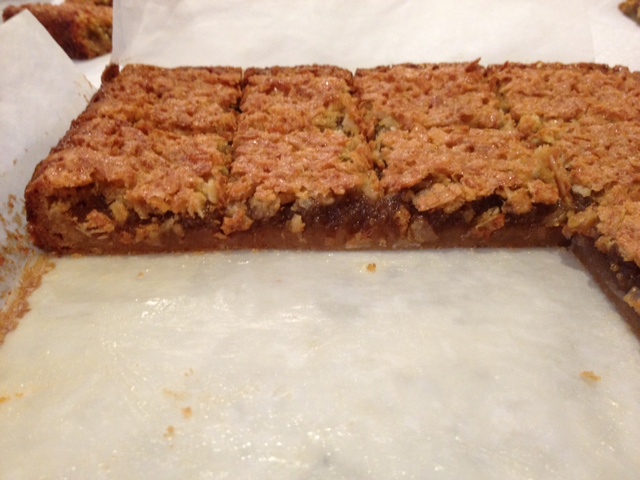 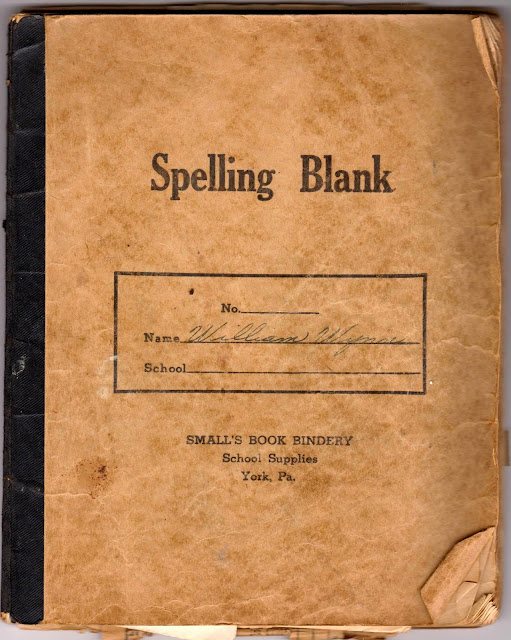 Mix these ingredients together and press into the pan.  Bake for 10 minutes.

Beat the eggs.  Add in the rest of the ingredients and combine.  Pour over crust and bake for about 30 minutes.
Let cool and cut into squares.
Posted by Susan at 6:41 PM