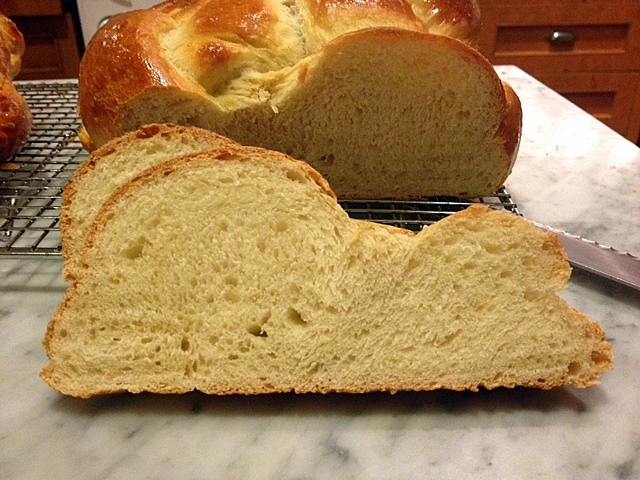 Yesterday, I spent time with my Grandma Jean, even though she died seven years ago at the age of 100.  How is this possible?

It all began in the morning when, after deciding to bake a challah, I went in search of a vintage recipe in my collection.  I figured my best chance was in one of the recipe collection books I recently took from my mother's kitchen.  After looking through several and finding not one challah recipe, I opened a spiral-bound book of recipes contributed by members the Akron chapter of B'Nai B'Rith Women. Bingo, I found a recipe -- but not just any recipe.  I couldn't believe my eyes when I saw that the contributor was none other than my grandmother, Jean Glauberman.

Grandma Jean was famous in Akron for her baked goods, and queen among those was her challah.  She baked them all the time and for every occasion, to celebrate births, to honor deaths, for holidays and every week for Shabbat.  She didn't let age slow her down -- at age 98 she baked a challah for my son's Bar Mitzvah.  It flew in the overhead compartment on her flight from Akron to New York.  (Below, the challah in action.) 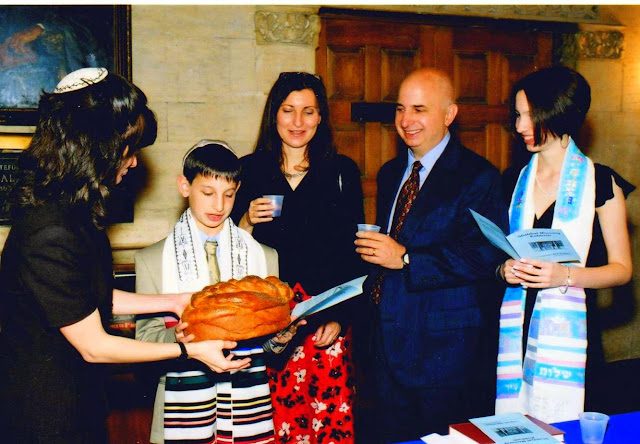 When she died in 2005, I thought her recipe went with her.  That's because she really had no recipe.  When I'd ask, she'd say, well you start with a five-pound bag of flour, at which point (and this was way before I became a fearless baker) my head would start to spin and brain become as cloudy as a flour storm.

So imagine my surprise and delight when the one recipe I found turned out to be hers!  (I luckily took her at her "written" word that all measurements are approximate and they are, I discovered.)

Of course, I set out to make it, and you should too.  Though it is not as rich as many challah recipes (Grandma Jean, pictured below in 2002, was too frugal to use more than two eggs, for example), it's really quite good.  My brother reminded me that she used to add a drop of yellow food coloring to her challah, I realize now, to give the appearance of an egg-ier, richer bread.  She also used this dough as the base for many other breads (onion bread, hardtack, etc.)  -- see the recipe above, which I'm sure she dictated to someone.  I can just hear her say: Or make rolls, or whatever. 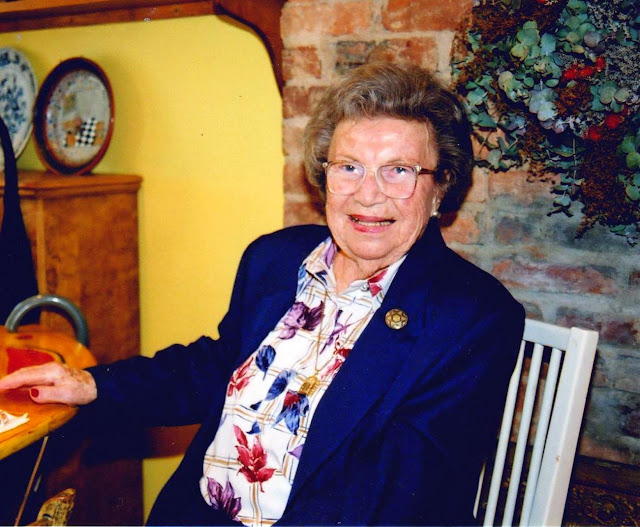 Want to give this a go for the Jewish New Year?
Make a well in the middle of ten cups of flour. 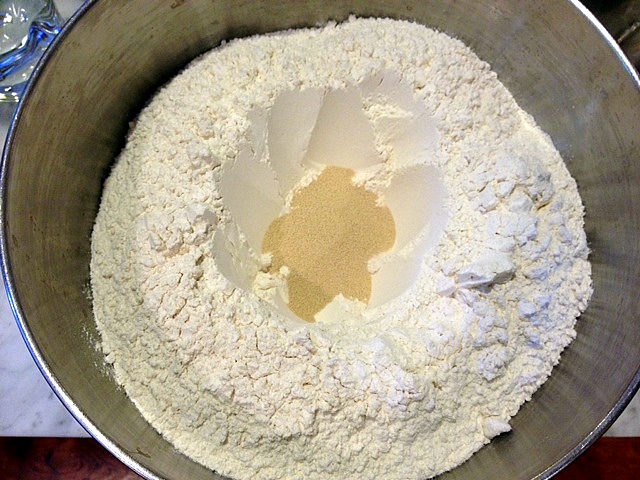 Add one package of dry yeast and pour a little warm water over to cover it.  Wait five minutes, until it begins to foam a bit. 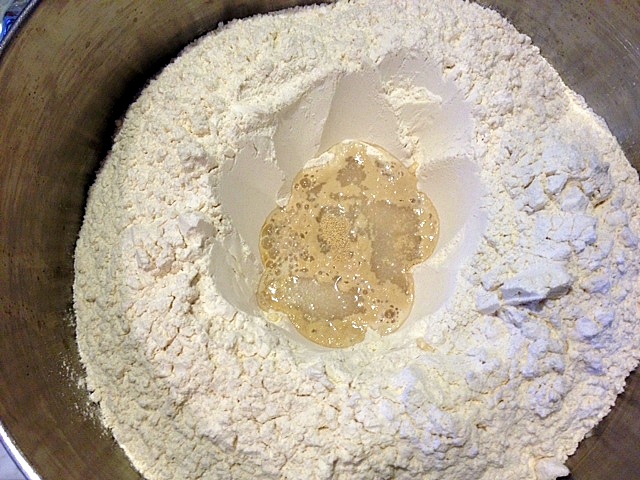 Add the rest of the ingredients, as indicated on the recipe -- BUT, the four quarts of water is definitely wrong.  Start with two cups and add more as needed.

Then, knead the dough on a lightly floured surface.  When smooth and elastic, place in a bowl and cover until it doubles in size. 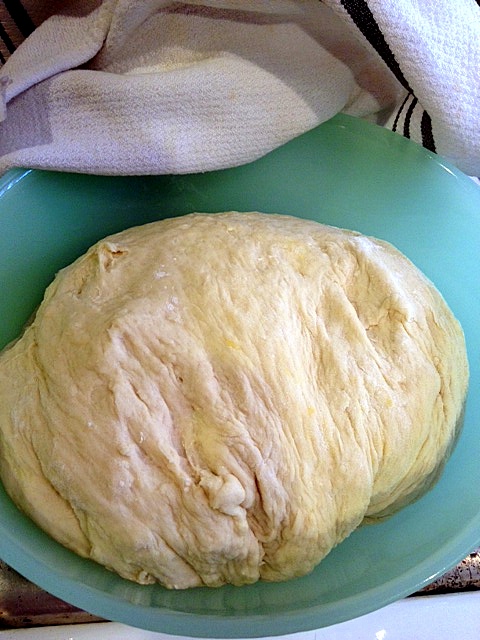 Note to self:  Next time, use a bowl large enough to accommodate the dough. 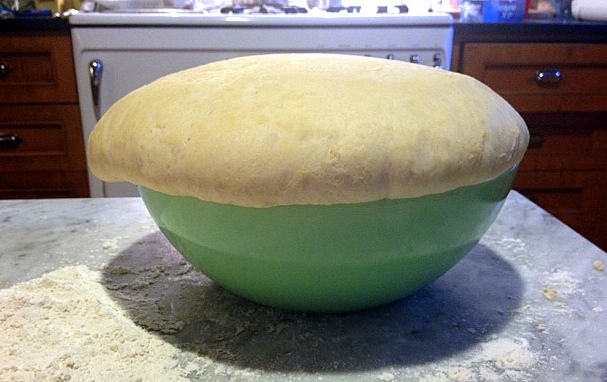 This recipe makes two large loaves.  For the the first one, I just formed a ball, placed on a baking sheet and brushed with an egg wash (a beaten egg).  I baked it in a preheated 350 degree oven for about 35 minutes. 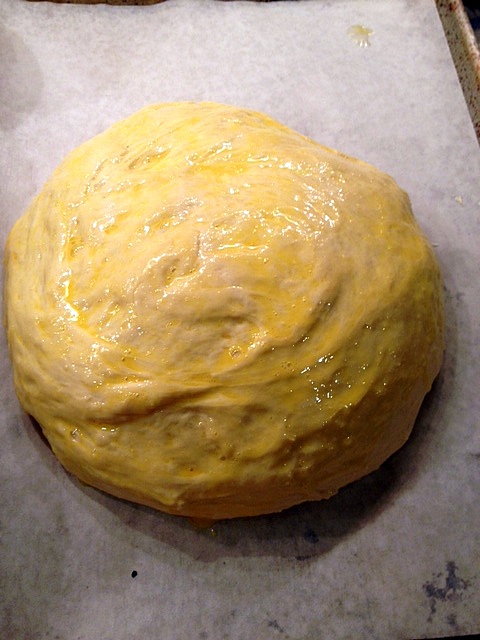 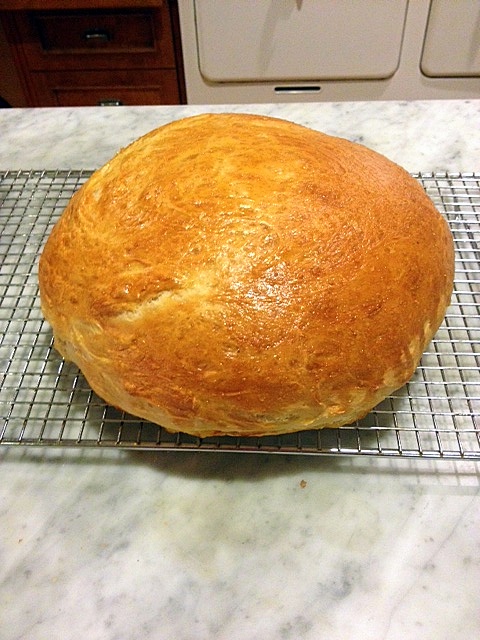 For the second loaf, I decided to get fancy as Grandma Jean did and braid the challah, but in a round shape in the New Year tradition.  For instructions, I turned to Smitten Kitchen, the mother of all food blogs.  Click here to learn how.  You can see illustrations below. 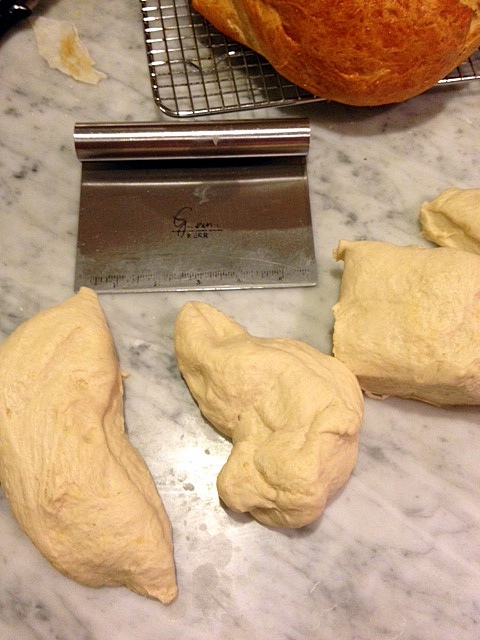 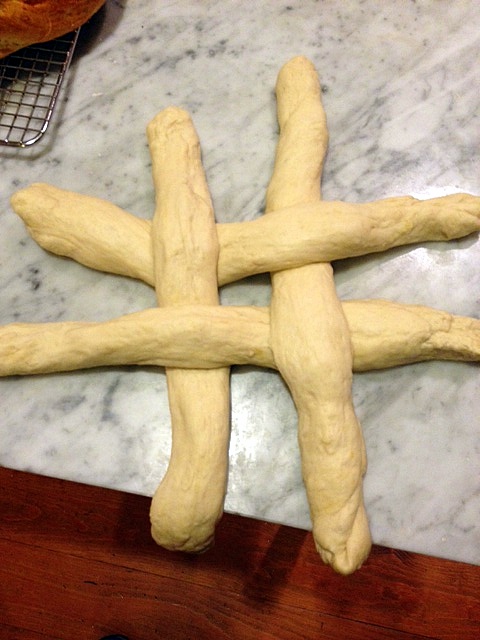 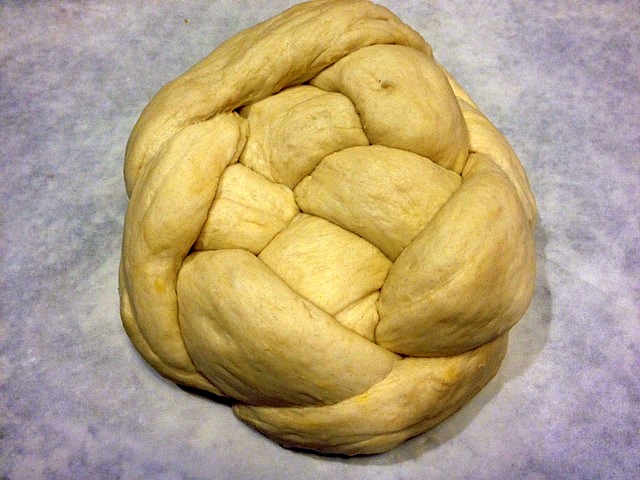 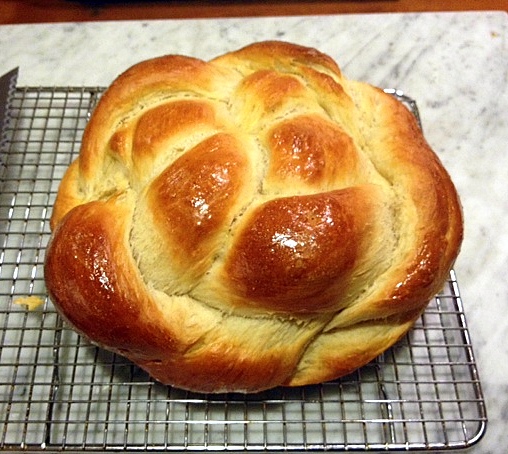