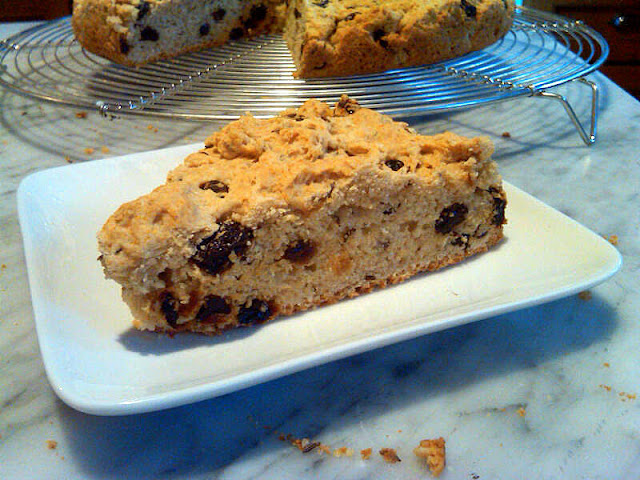 Tis the season for all sorts of cultural and holiday-based baked goods and, not being a fan of hamantaschen, I decided to go Irish and bake what I thought was soda bread.  (I'm actually not that fond of soda bread either, but it was the lesser, and simpler to prepare, of two evils average baked goods.  Plus, the grass is always greener, and having grown up with the Purim treats, thought I'd expand my horizons.) 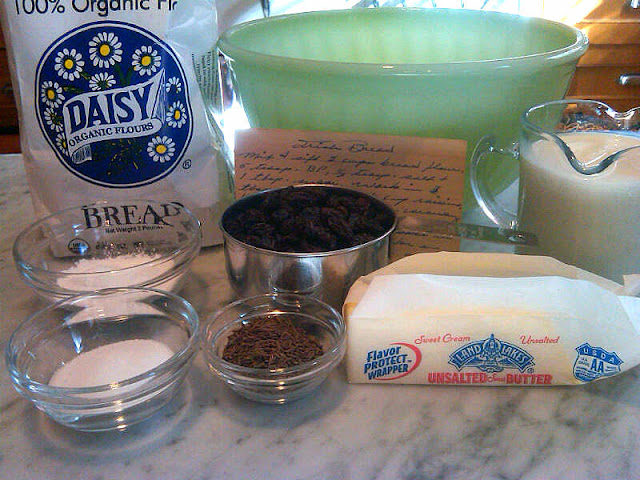 The recipe, titled Irish Bread, is from an amazing collection I bought on eBay, filled with hundreds of recipes.  I didn't realize it wasn't soda bread until today while doing some research and realized  -- duh -- this bread has no baking soda, just baking powder.

Irish soda bread (and this version) is a quick bread, i.e., it doesn't rely on yeast and hence, you don't need to wait for the dough to rise.  Just mix the ingredients (pictured above) together and pop it in the oven. 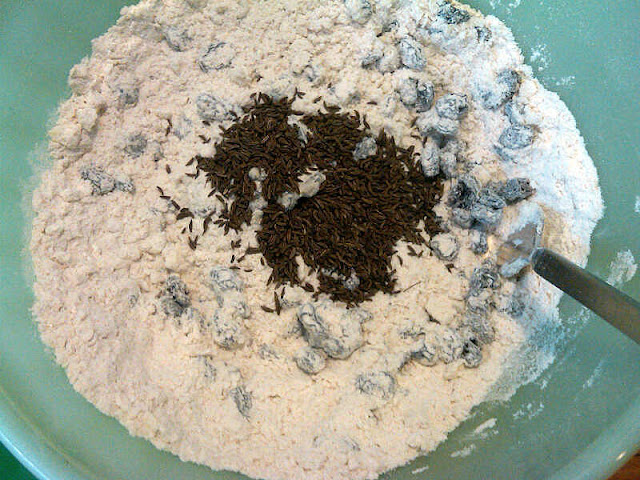 The recipe calls for the bread to be baked in an iron frying pan, but having none, I simply put it in a 10" stainless steel frying pan (a round cake pan would have been fine, too) and popped it in the oven.  It also says to "work in" the butter which I realized probably means to cut in cold butter, as one would do for pie crust.  But my realization came only after I added warm, softened butter to the mixture. It was fine.  I also didn't see the currant ingredient until the bread was well underway, so I just doubled the amount of raisins.  Again, it was fine.  (This is one case where baking, thankfully,  is not a science.) 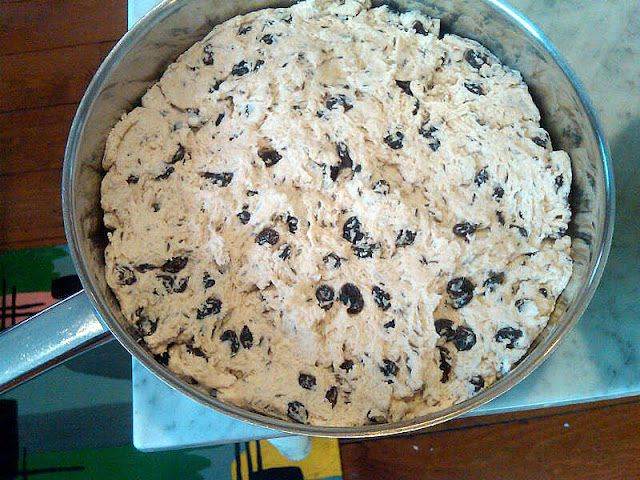 The verdict?  It's good, but not great.  When a baked good is "saved" by caraway seeds and raisins, you know it's not  going to make it into my repertoire. But since it wasn't a total disaster, I thought I'd write about it.  Next time, though, I will pay closer attention to the recipe.  And maybe bake some hamentaschen. 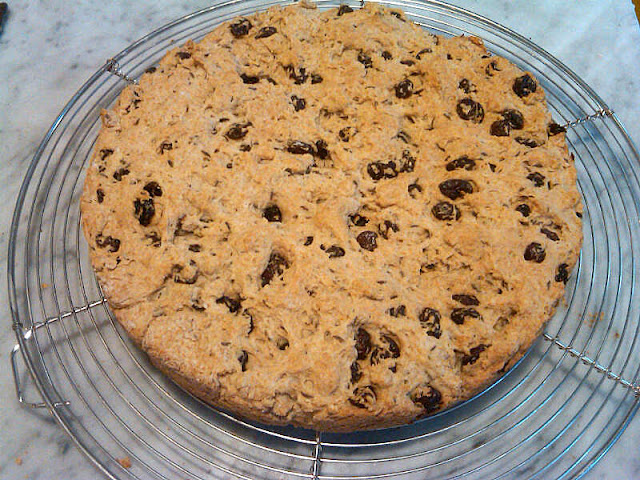 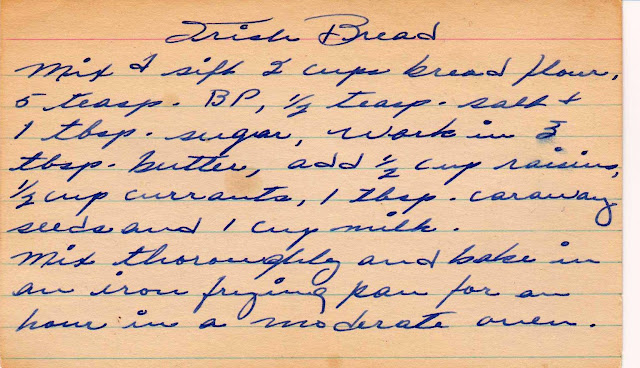