Is This Cake in Season? 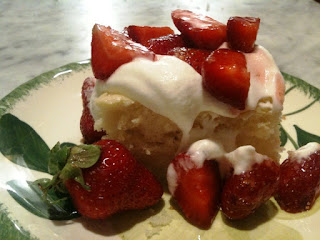 Yes, if it's strawberry shortcake. And this is a very special strawberry shortcake, indeed.
I waited months until the first strawberries appeared at my local farmer's market to try this recipe, one of a dozen I copied from a book owned by Mrs. Lloyd E. Johnson, the grandmother of my work colleague Renee. 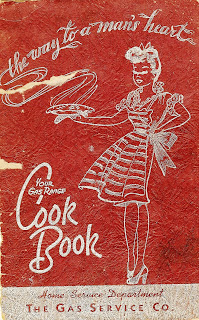 So many of the recipes in this c.1940s Kansas cookbook are appealing; this is the third I've made and by far the best.  As DH, a sports enthusiast, would say:  Mrs. Johnson hit one out of the park with this recipe.

What's so good about it?  Instead of the traditional dry-ish biscuit, Mrs. Johnson repurposed a one-egg cake to serve as the shortcake, or base.  Now, a one egg-cake isn't lacking anything (like an extra egg).  It's simply a smaller cake -- a one layer affair as opposed to two (which would take two eggs).

Mrs. Johnson was on to something, as her note next to the recipe says:  "very good for strawberry shortcake."

Indeed, why bake the traditional biscuit for strawberry shortcake, when you can make an even more delicious version of this springtime favorite?  She's turned the very good dessert into something sublime.

This cake is nothing like those commercial yellow sponge cakes (below) sold everywhere this time of year.  (I just saw someone buying them at the Peaceful Valley Farm in rural New Jersey where DH and I picked strawberries yesterday). These cakes were probably baked six months ago in a factory somewhere far away from where you live, and they taste like it too. 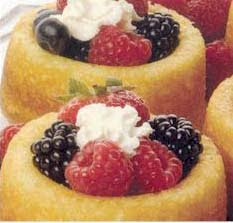 Readers who want to try Mrs. Johnson's delicious homemade treat -- and I suggest you do, bake the cake and let it cool.  Try to use really good ingredients, like wholesome organic milk and heavy cream and the freshest strawberries you can find.  While the cake is baking, wash and slice a bunch of strawberries into a bowl.  Sprinkle them with sugar and let them sit until the strawberries begin to release their juices. 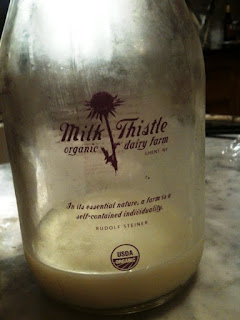 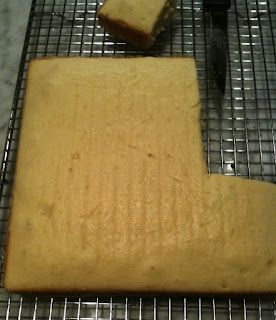 Assemble the dessert:  Cut the cake into squares and spoon the macerated strawberries and juice on top.  Whip up some cream until it forms soft peaks (it's always nice to place the bowl and beaters in the freezer before whipping the cream) and put some of the cream atop the cake. 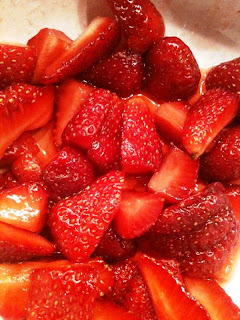 Enjoy. And you'll never go back to a biscuit again.
Posted by Susan at 10:52 PM