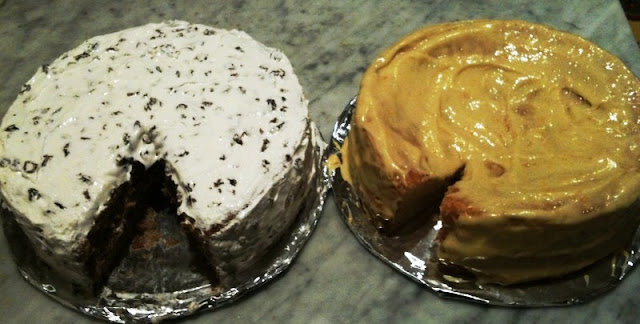 So on Saturday, when I came across both Harvard Cake and Princeton Cake just pages apart in my 1931 Boston Cooking School Cook Book, I couldn't resist baking both to see who performed best in the kitchen (as opposed to on the field).

The two couldn't be more different.  The Harvard is a buttermilk spice cake topped with a marshmallow-raisin frosting.  The Princeton is a citrus cake, probably chosen because the Princeton color is orange. 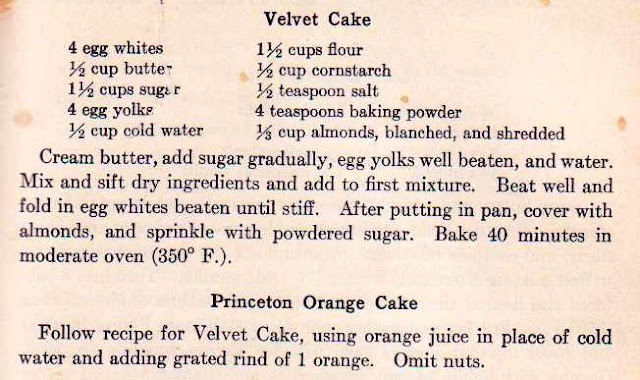 The judging proved harder to accomplish than baking the cakes.  DH much preferred the Princeton because, while he generally dislikes anything in New Jersey, he dislikes marshmallow frosting even more. 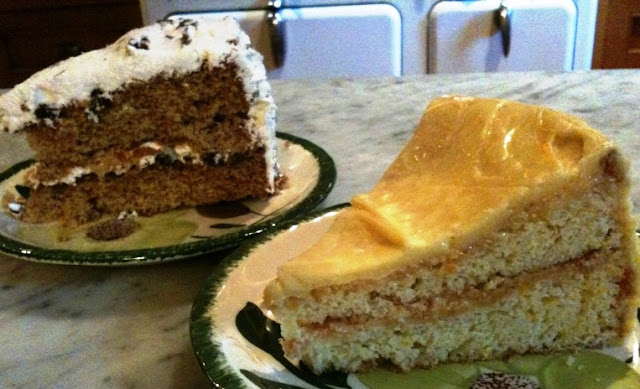 I brought both cakes to work, where the staff at Henry Street was split down the middle.
Wanting to get more feedback, I decided to feed some cake to my colleague David (below), a Brooklyn neighbor, the executive director-elect of Henry Street, all around good sport and, most importantly, a graduate of Harvard College. 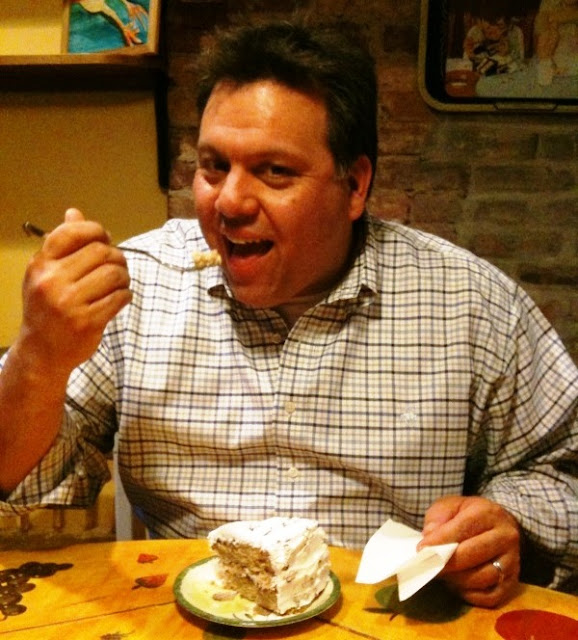 David ate his alma mater cake, and took a bite out of the Princeton, too.  His verdict:  "It doesn't surprise me that the Harvard cake is delicious, and that Yale has none."  For there was nary a recipe for Yale cake in the entire Boston Cooking School Cook Book.  So much for that ivy rivalry! 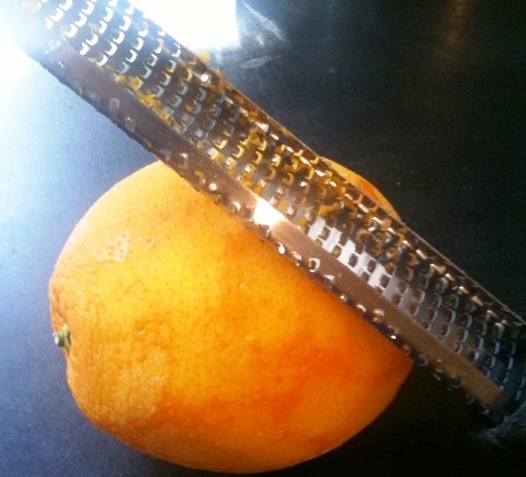 Some baking notes:  I've included the cake recipes, but honestly wouldn't make these two again.  (In fact, I feel like I *owe* David a really delicious piece of cake.)
The flavor of the Princeton was excellent, but its texture was not; it didn't even rise -- and in fact sank in the center -- during baking.  And the frosting needed a stick of butter (not called for in the recipe) beaten in at the end for flavor, texture and to make enough to frost the cake.
And while the Harvard had an excellent texture and nice flavor, the frosting was a bit odd.  Perhaps chopped raisins folded into a marshmallow frosting was all the rage in the 1920s, but it is perhaps best left to that decade.
A microplane, pictured above, once found only in the tool shed, is an excellent and efficient kitchen device for zesting  the two oranges needed in the Princeton cake and frosting.
Posted by Susan at 7:58 AM