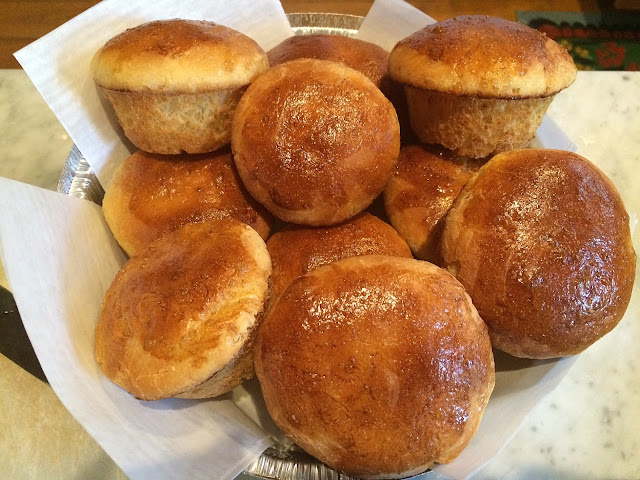 You know that saying, everything looks better in the morning? That is certainly the case for these poorly named but absolutely delicious rolls. Overnight Cold Water Buns, while requiring a bit of planning, greet you in the morning with their rich, buttery and brioche-like goodness.

Yeast-risen baked goods take time, and it was fairly common in the mid-20th century for housewives to make dough the day before in order to have the waiting time occur overnight. This recipe dates from about 1945. 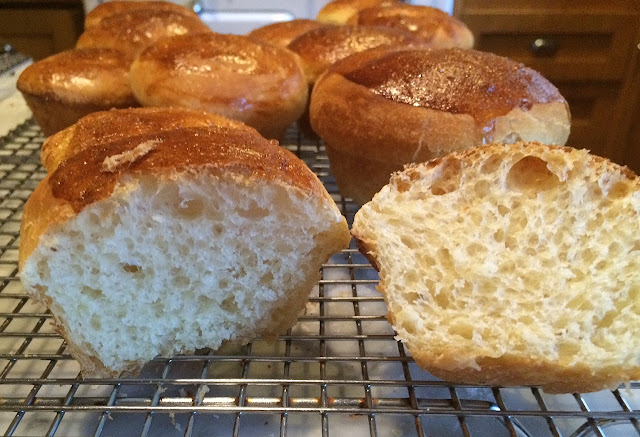 Begin with yeast (even though Michael Pollen in his Cooked series on Netflix does not believe in commercial yeast).  Yeast is your true friend -- no matter how much (within reason) you abuse it or ignore it, it almost always comes through. Just make sure the water you soak it in is pleasantly lukewarm, about 110 to 115 F. 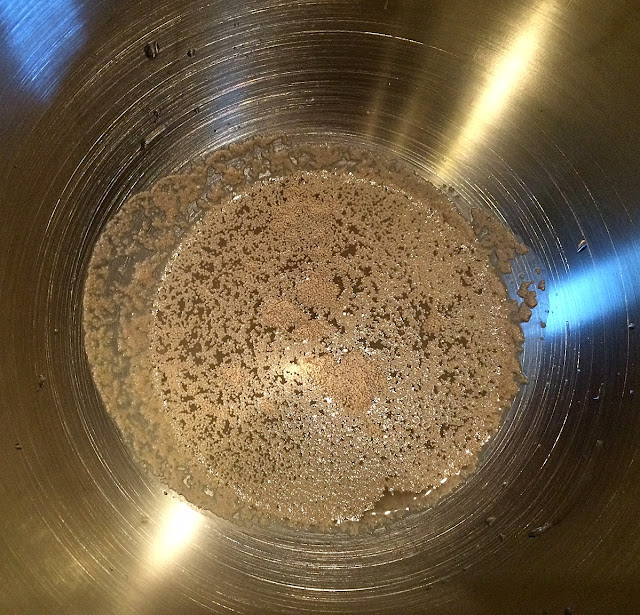 When it begins to foam and bubble, it's ready. The only way your true friend will fail is if the yeast is too old (dead), or the water you add is too hot.  If it fails to "grow," the simply start with a new package of yeast. 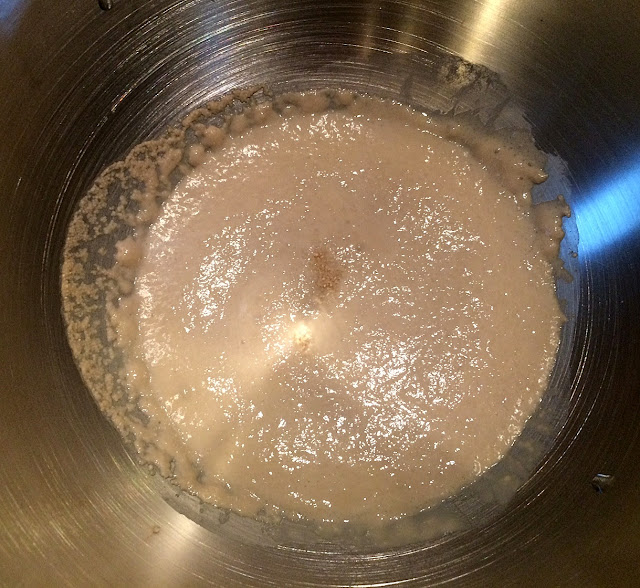 Mix in the butter, flour and and other ingredients. Put the dough in a bowl to let it rise. 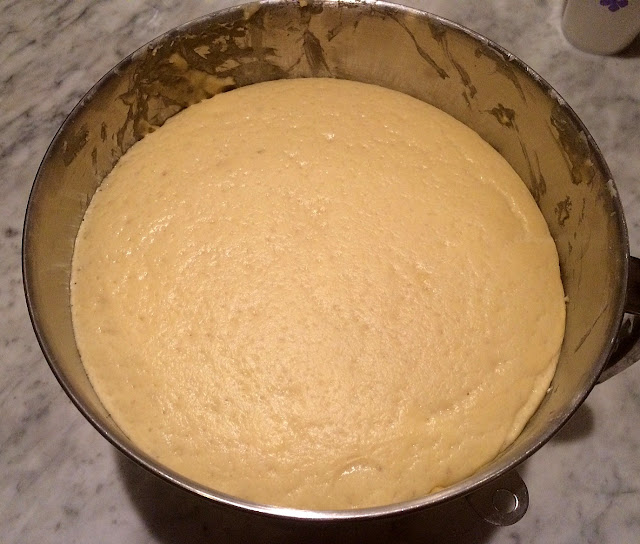 My dough was too sticky...so I added some flour late in the game. (I should have added it during the mixing phase.) It was still too sticky, but the end result didn't suffer. 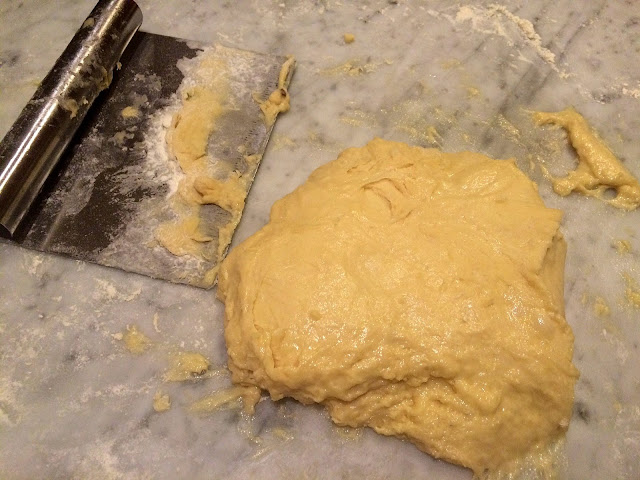 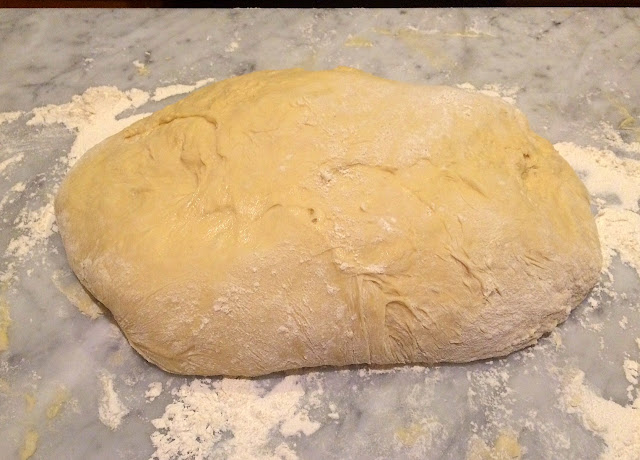 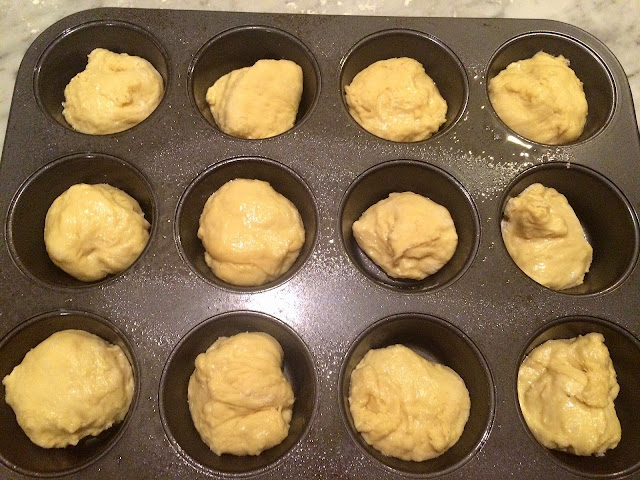 I decided to go with the muffin tins when I realized the dough was too sticky to maintain the bun shape. 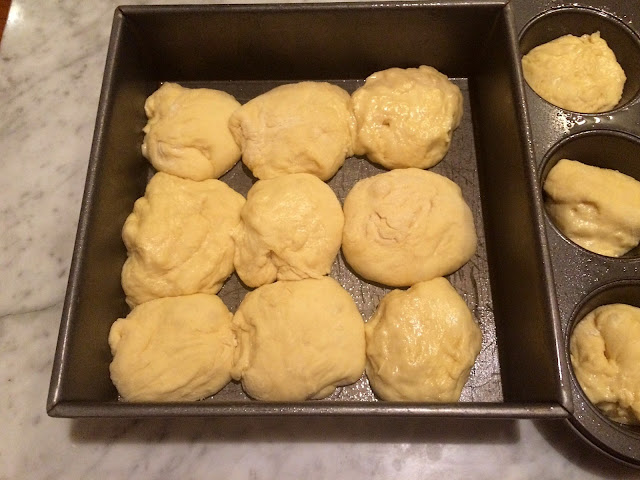 Let them rise overnight on the counter. 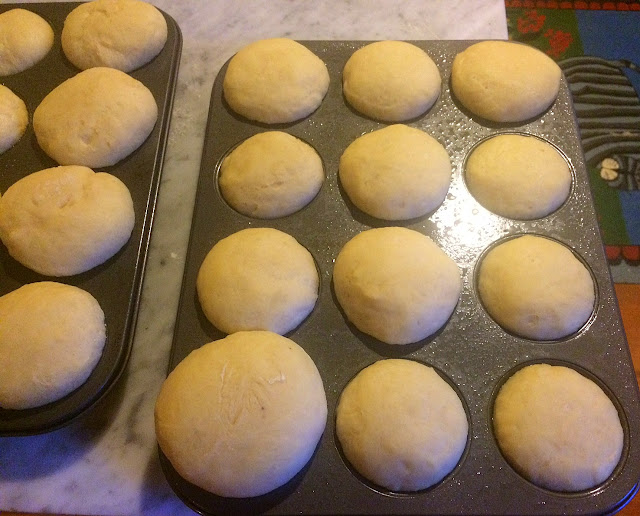 So the buns did form a loaf instead of maintaining their individuality. No problem in the end -- it was delicious sliced and used for French toast! 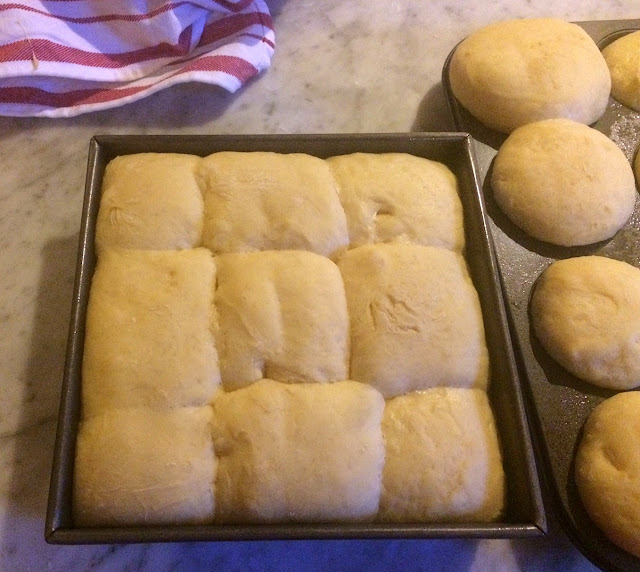 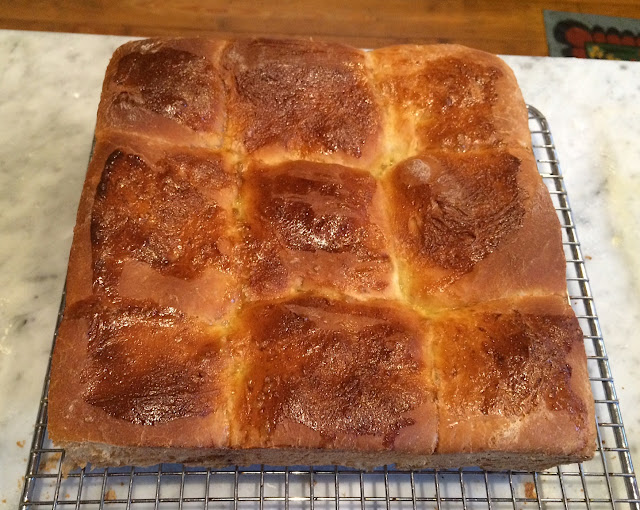 Production notes: I didn't begin these until after 5 p.m. (instead of the 3 p.m.instruction) and still had plenty of time. I added the recommended 7 1/2 cups of flour and it wasn't enough. Next time, I'd add more flour. I used two sticks of softened butter. I formed the rolls and left them sitting on the counter as instructed, and baked them the next morning in a 400 F oven.  Even though these are called cold water buns, there's no cold water in them! 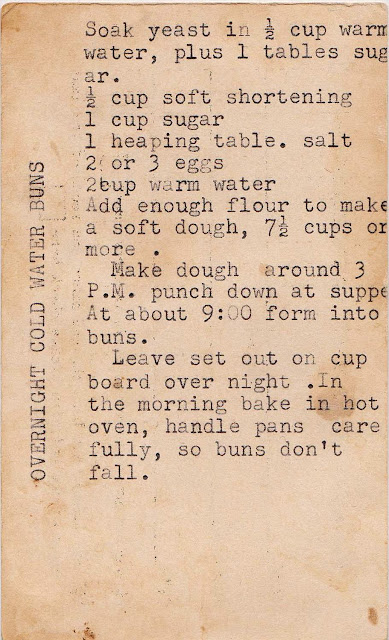