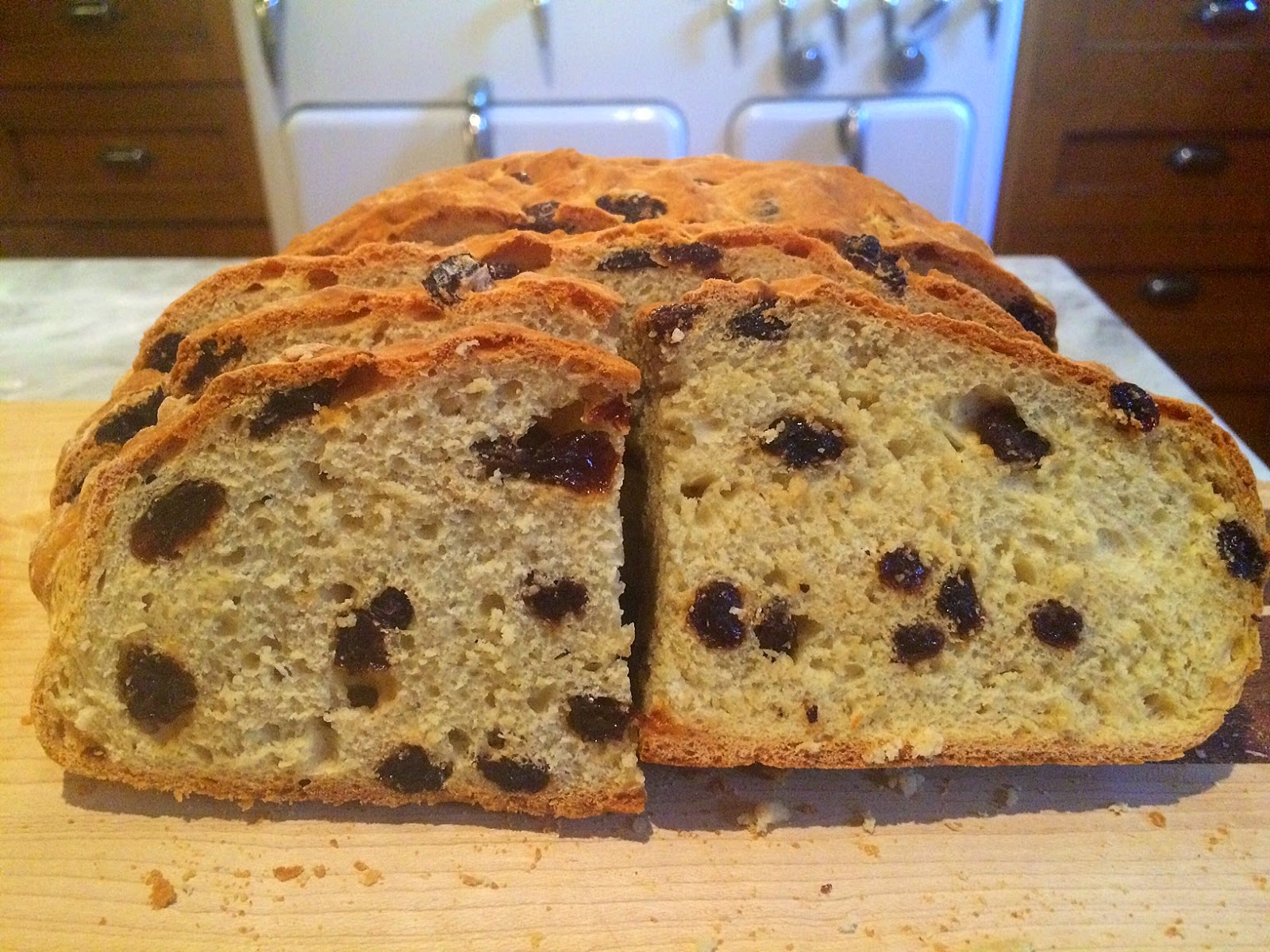 Last fall, Arthur Schwartz gifted me with a huge shopping bag filled with recipes sent in by listeners to Food Talk, his long-running radio show on WOR.  Arthur had organized these into a couple of folders: Savory, Sweet, and --- Irish Soda Bread! Apparently a show in 1992 about the traditional bread caused such an outpouring of recipes as to require its own folder.

The one I chose (and it was a hard choice) was submitted by Betty Foster, a former resident of Dublin. Unlike many others, it did not contain butter or sour cream, and seemed a more traditional choice for St. Patrick's Day. I was not disappointed -- it's really, really good. And really, really easy to make. (And it worked perfectly, even though I forgot to add the sugar -- see production notes.)

Raisins are optional, but I added them, first coating them with flour to prevent their sinking to the bottom of the loaf. 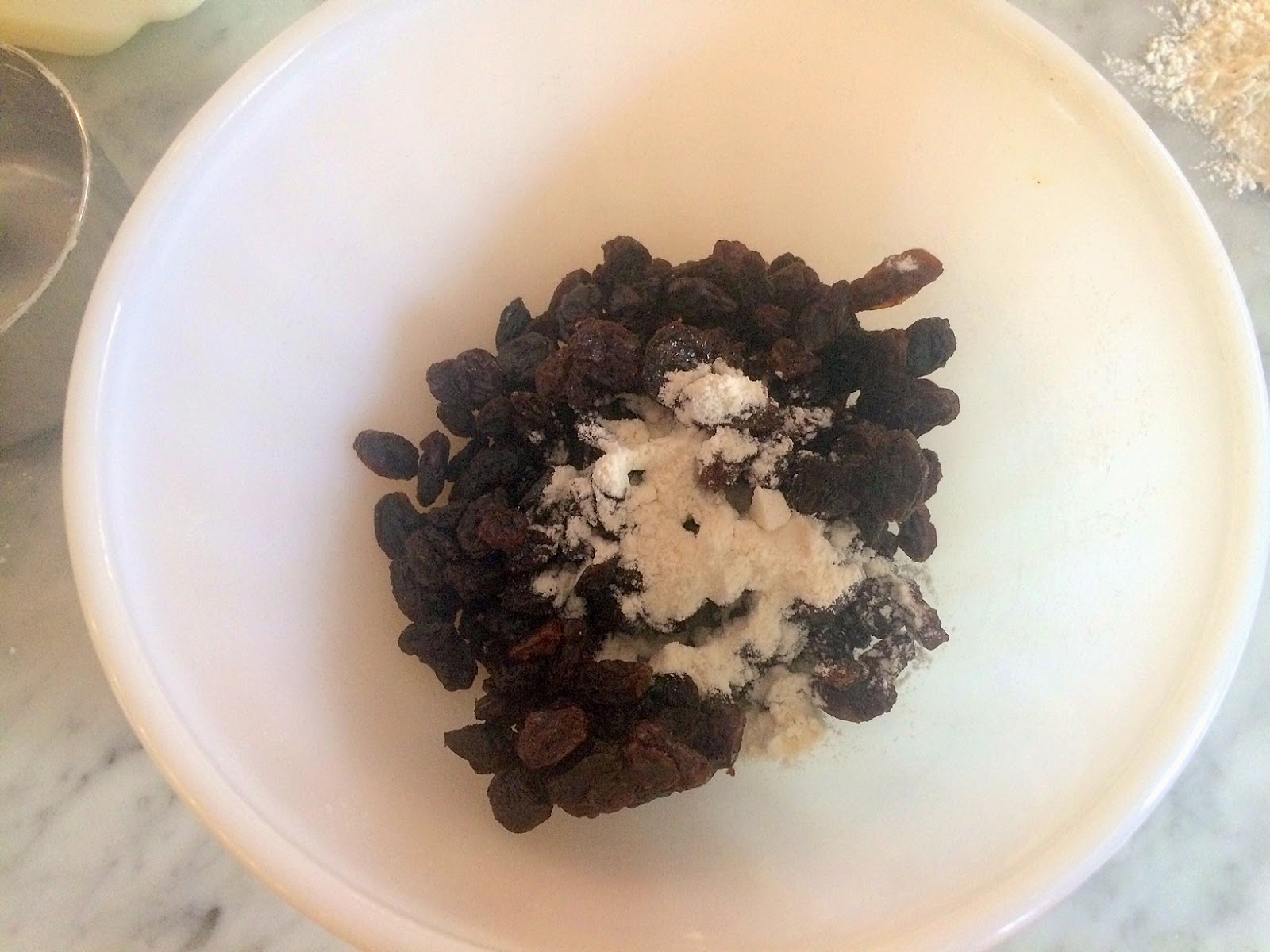 Mix all the dry ingredients in a bowl, add the egg and buttermilk.  I used a stand mixer, but a bowl and spoon would work just fine. 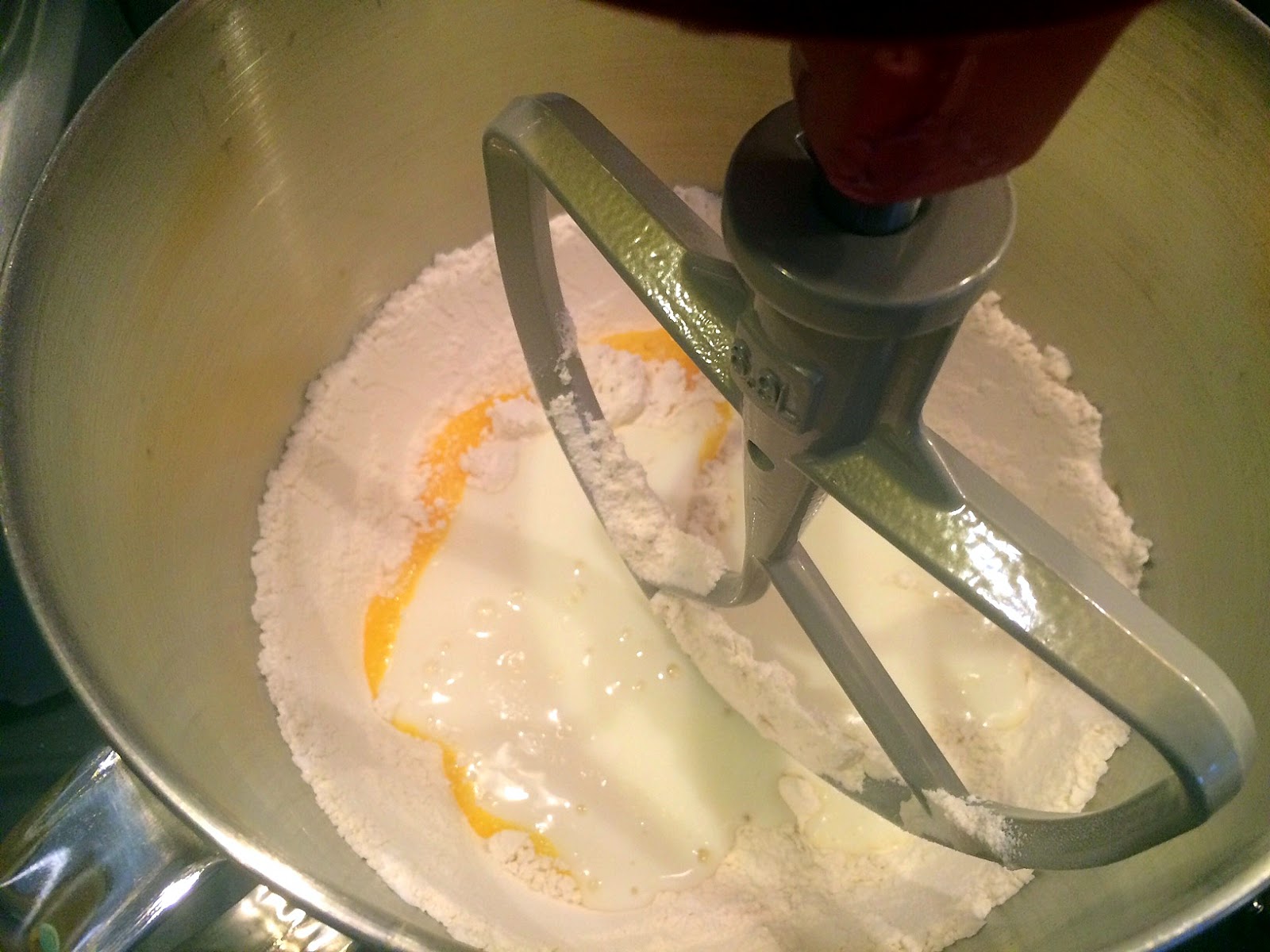 When the dough is mixed -- it will be sticky! -- add the raisins. 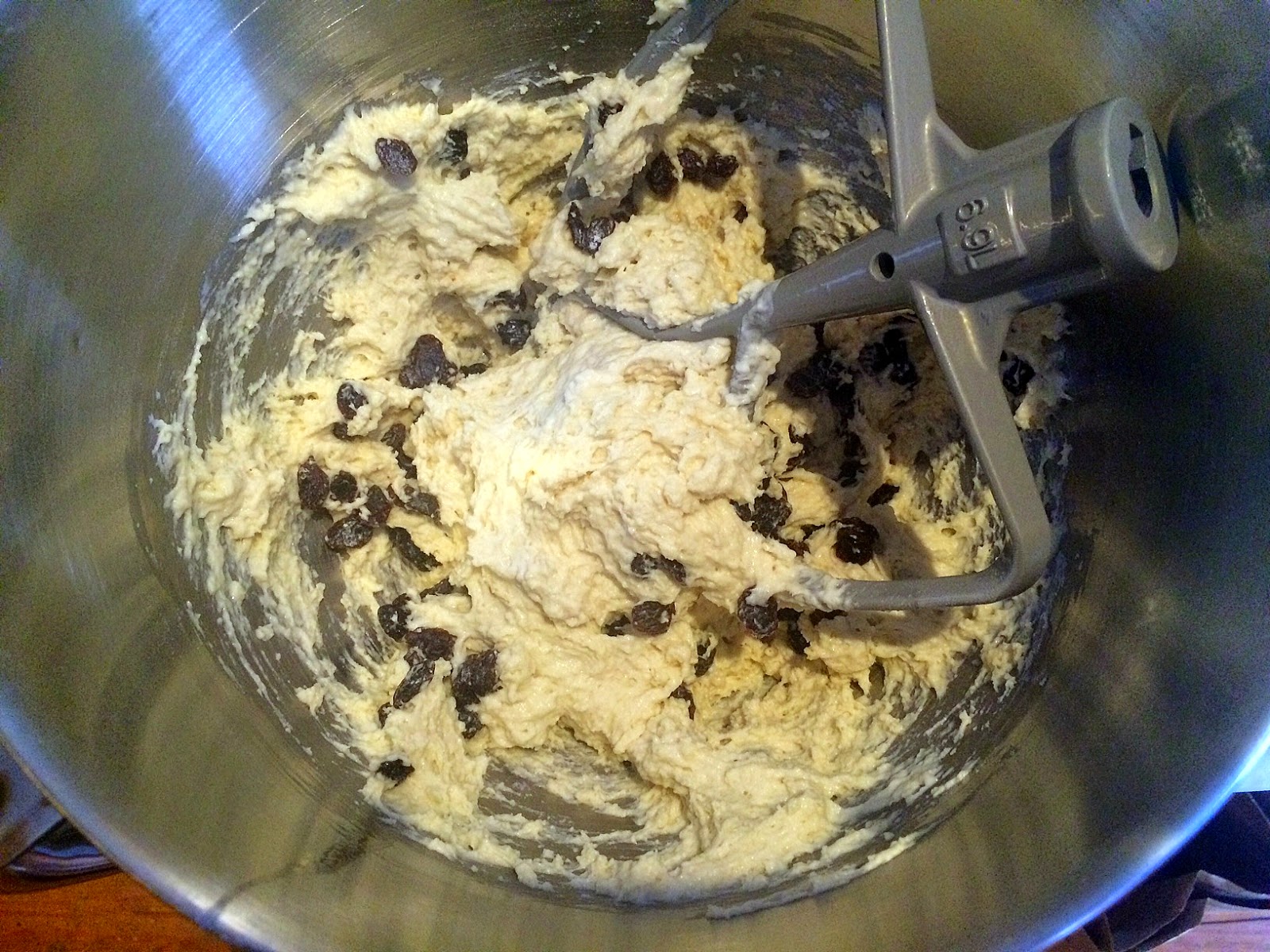 Turn out onto a generously floured surface and knead for about five minutes. 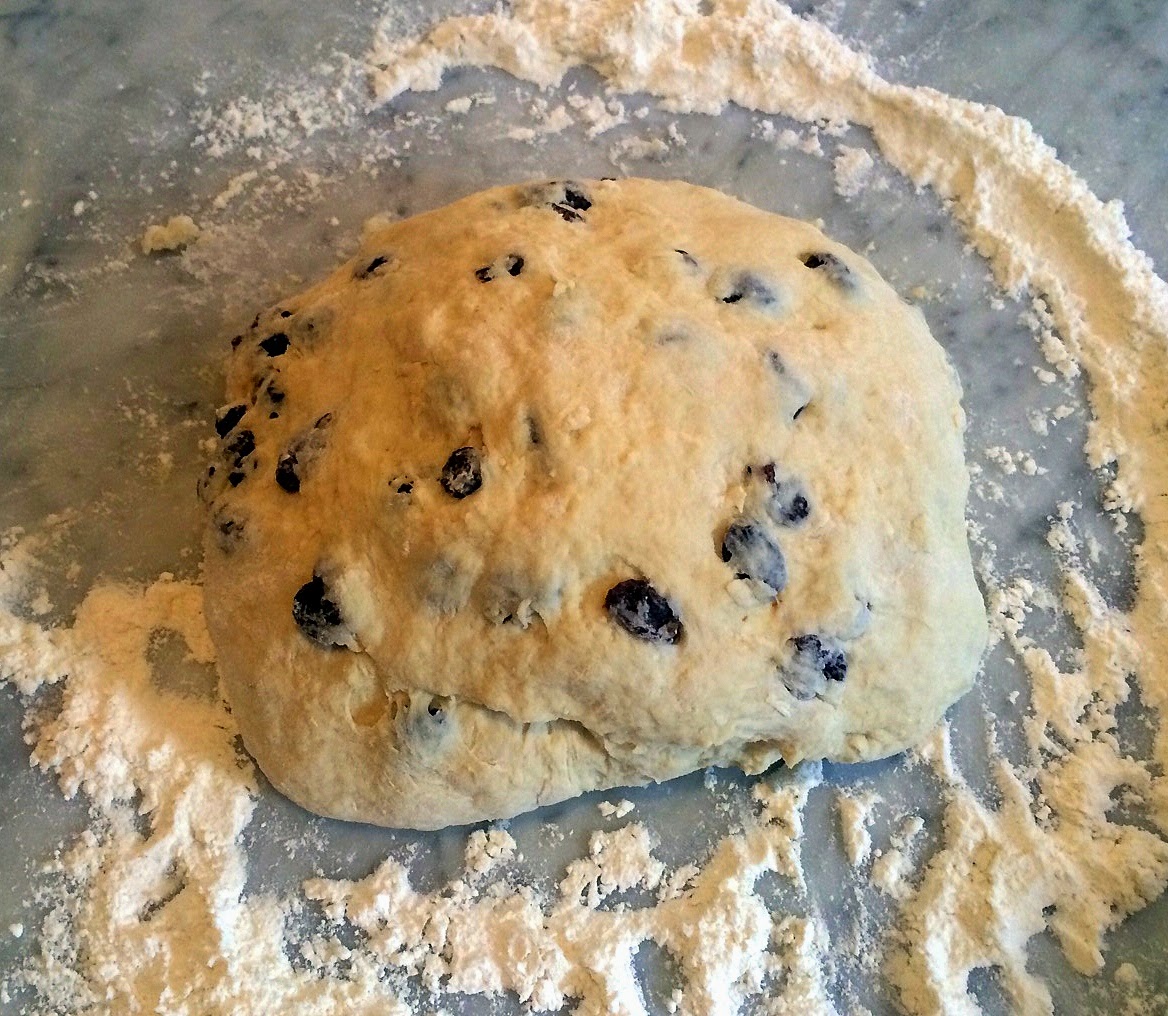 Place the dough in a greased and floured 9-inch pan. I didn't flatten it (there were no instructions about this) and I thought it might assume the form of the pan in the oven. It didn't, but I like the free-form dome shape that emerged from the oven. 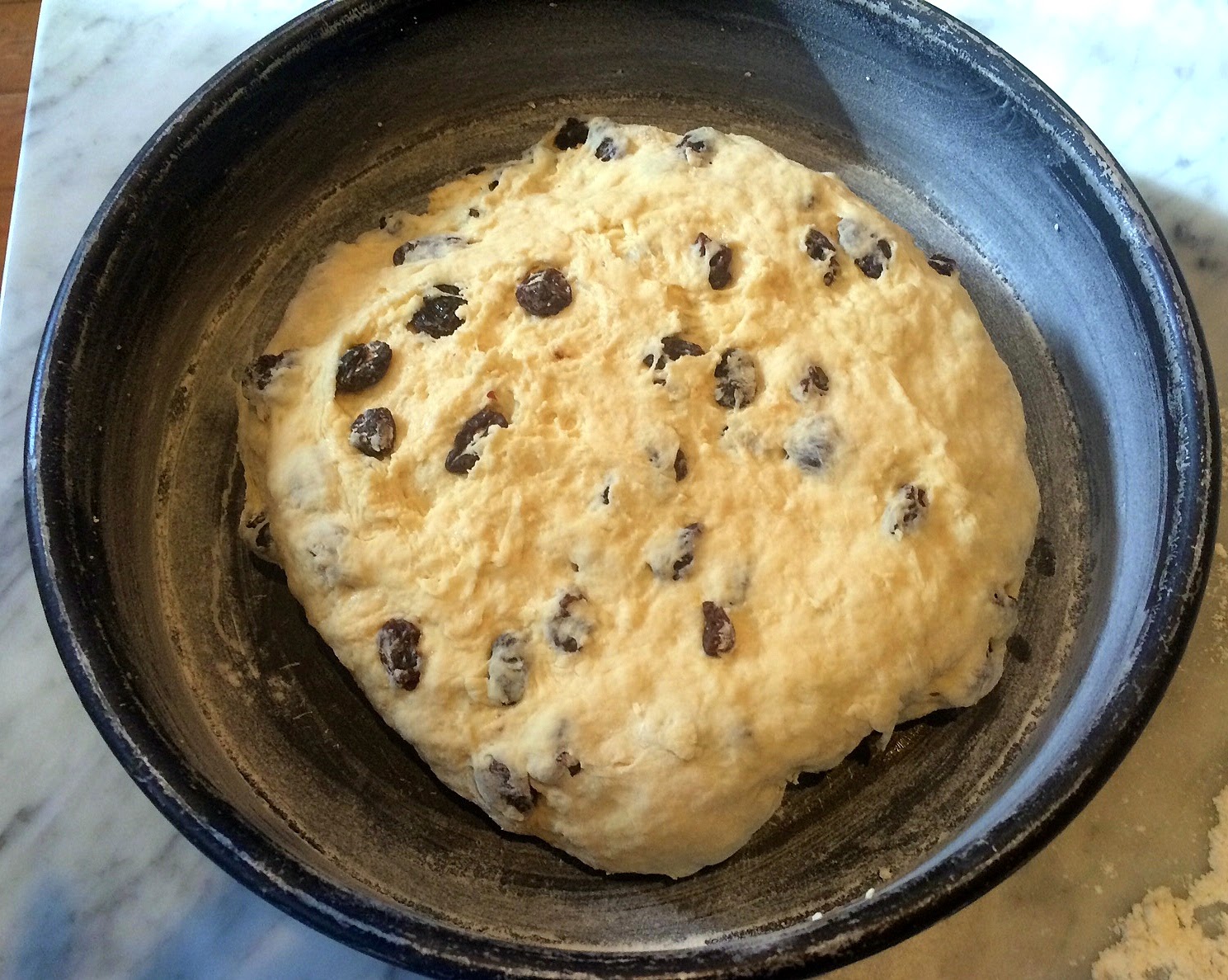 Bake for exactly 60 minutes and remove from the oven. 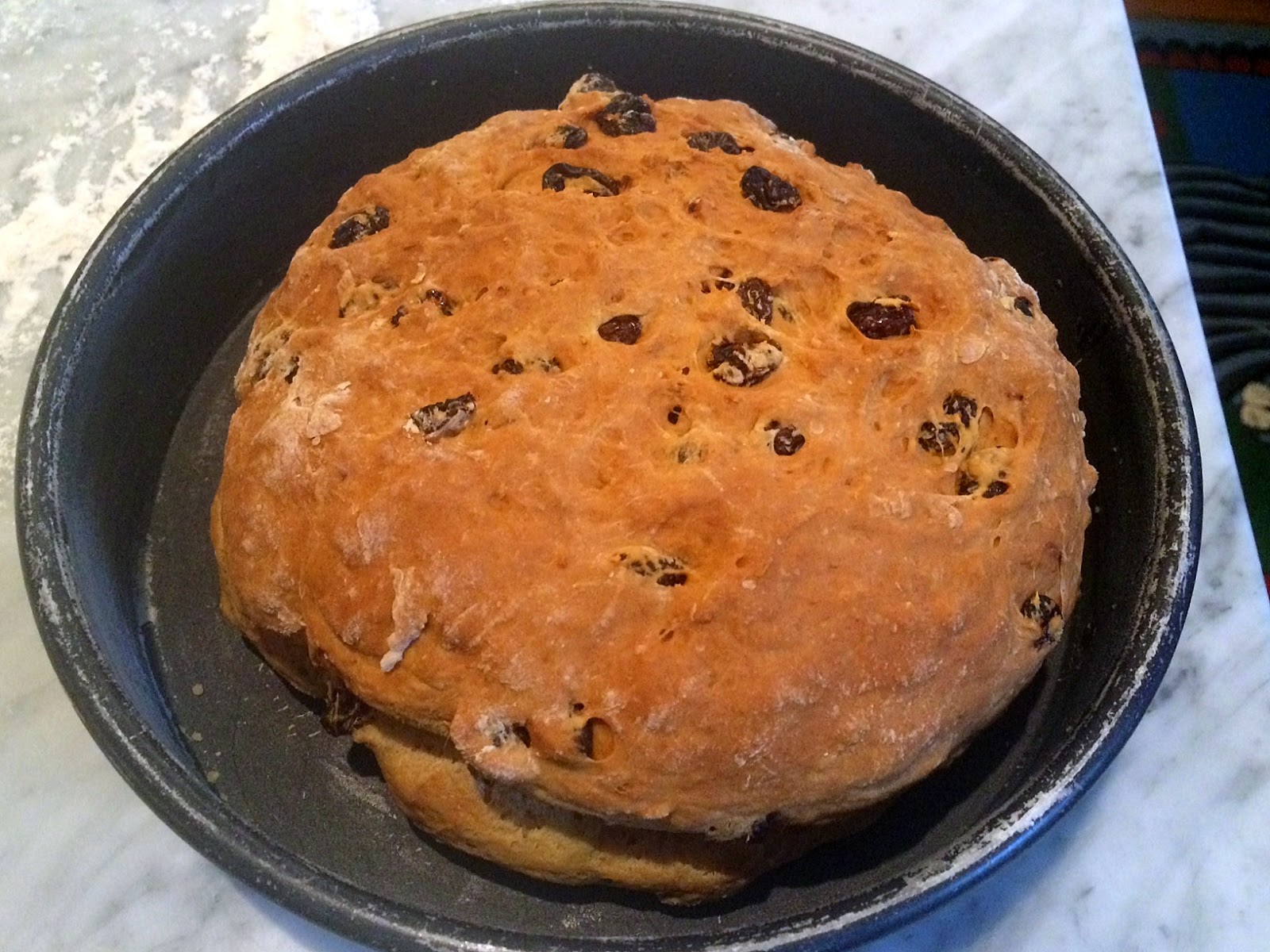 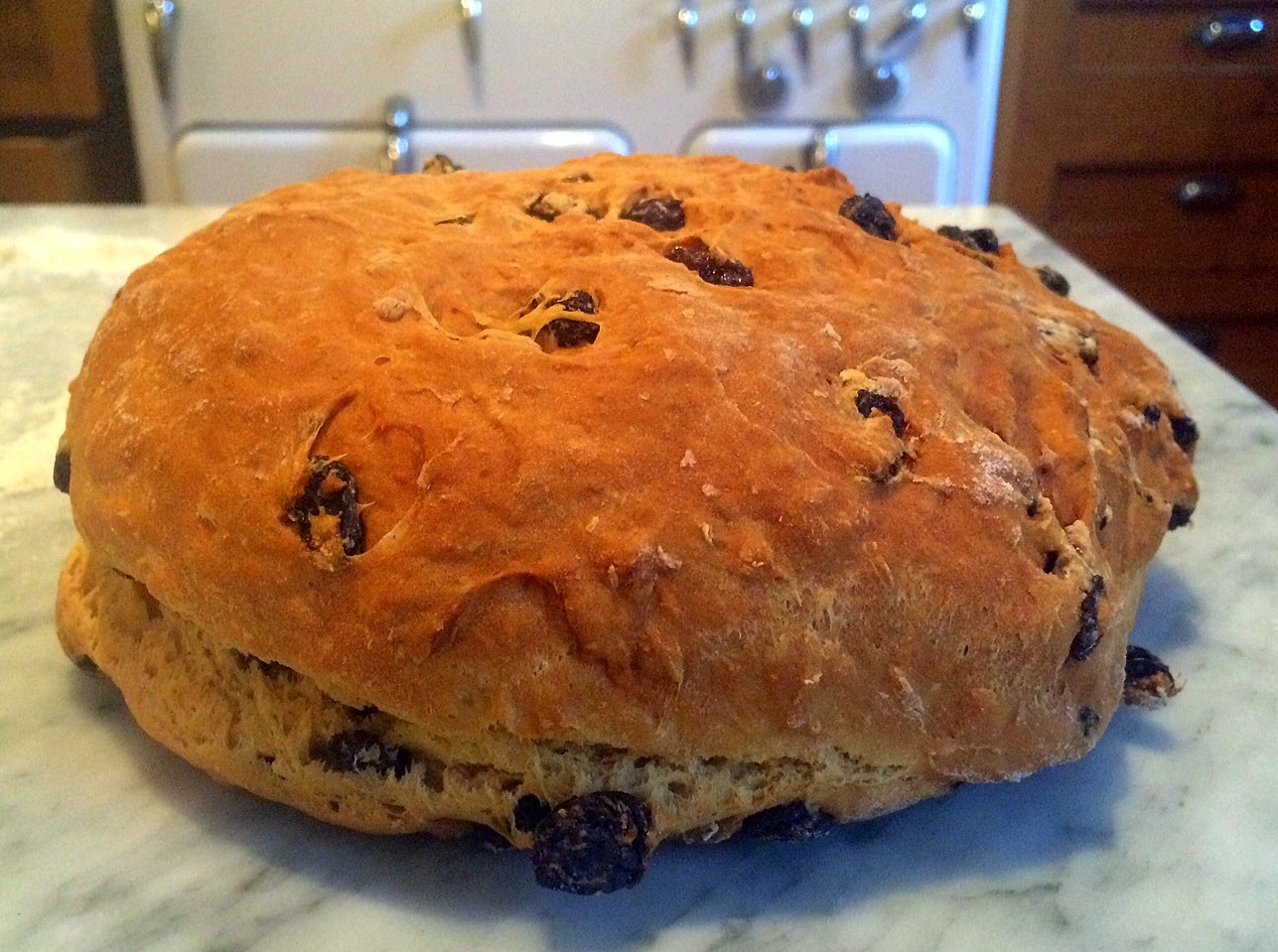 Production notes: I followed this exactly EXCEPT, I see now, that I completely forgot the sugar. But it was still really moist and sweet (on account of the raisins). If you don't add raisins, definitely add the sugar.